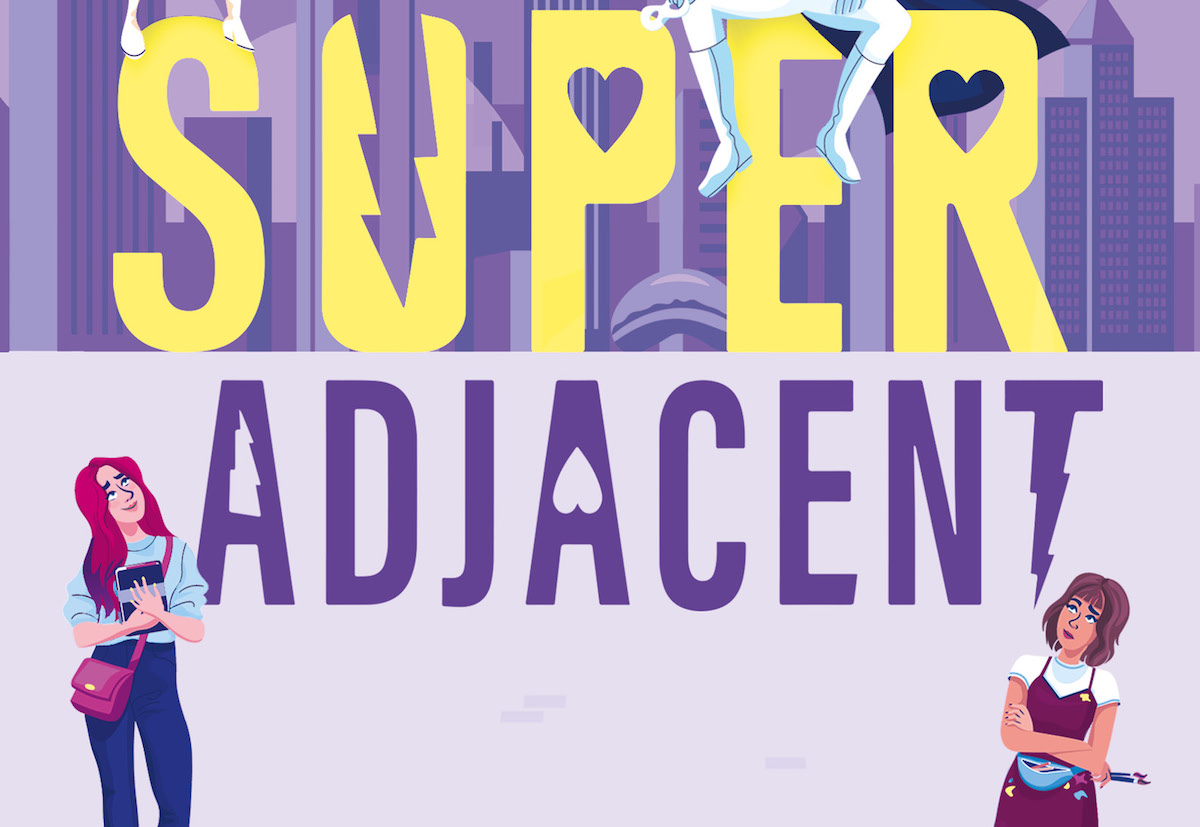 We know their names: Mary Jane Watson, Gwen Stacy, Lois Lane. We also know their stories, though usually only in connection to their superhero significant others. When we talk about civilians who date superheroes—especially women who date male heroes—we often talk about how those characters are fridged, or otherwise framed as damsels in distress, to create tragic motivations for heroes to grow.

But here’s the thing: civilians who date superheroes have lives outside of their romantic relationships, just like everyone. So, what if we learned their stories through their eyes, rather than the heroes’?

In her new book, Super Adjacent, Crystal Cestari explores this concept through the points of view of two civilians: Claire, who’s a Warrior Nation superfan, and Bridgette, who’s been dating her superhero boyfriend since before he discovered his powers and joined the WarNat Chicago branch. Claire is determined to get a highly-coveted internship at Warrior Nation this summer; in the process, she meets Girl Power (a.k.a. Joy), a new hero she can’t stop thinking about. Meanwhile, Bridgette is just trying to advance her art career, and dating Vaporizer (a.k.a. Matt) continues to jeopardize not just her personal safety, but her reputation and her prospects.

When Bridgette and Claire meet, their worlds collide through a series of unexpected, seemingly unavoidable mishaps as a result of being WarNat-adjacent. Then, all four heroes on the Chicago WarNat team are kidnapped in the midst of an ongoing, city-wide siege from a new supervillain, and Bridgette (who just wants freedom from the superhero life) and Claire (who just wants to be part of something great) have to team up to save the day.

Super Adjacent totally flips the age-old story of a civilian dating a superhero on its head in a refreshing, young adult narrative that focuses just as much on female friendship and companionship as it does on romance. The heroes may be the stars in the eyes of WarNat fans, but Bridgette and Claire are the heroes of their own stories, and that’s just as important.

Ahead of the March 17th release of Super Adjacent from Disney-Hyperion, The Mary Sue hopped on the phone with Crystal Cestari to talk about the book, how Pepper Potts inspired her to write it, and why she felt compelled to let civilians who date superheroes narrate their own stories for once.

Samantha Puc (TMS): How did you come up with the idea for this book?

Crystal Cestari: One of the first jumping-off points was watching Pepper Potts in all the Iron Man movies. I always felt kind of bad for her; she had a lot on her plate. She’s a successful career woman, out there trying to get it done for Stark Industries, and then Tony would just swoop in and mess everything up.

I would think about how she would show up for work that day—she has meetings, she has things going on—and then whoops, she’d get kidnapped by some bad guy and now she had to play the damsel in distress card. [I thought about] how stressful that would be and how annoying it would get after a while, if it kept happening.

What would it really be like to date a hero? On the one hand, it seems like it would be fun and exciting and sexy, but on the other side, it could be really inconvenient.

[Editorial note: Pepper Potts assumed her own hero identity of Rescue in 2009, after Tony gifted her a variation of the Iron Man suit. Rescue was created by Matt Fraction and Salvador Larroca.]

(TMS): Why did you feel compelled to explore civilians who date superheroes through this lens?

They showed her applying for internships and wanting to go away to college and she had all these plans, and she was talking about them. That’s not something that you get to see a lot, so I wanted to explore what these other characters have going on in their lives. Maybe they’re not saving the world, but the things they’re working on and that they’re passionate about are just as important as their heroic counterparts. I thought that would be a fun thing to really dive into. 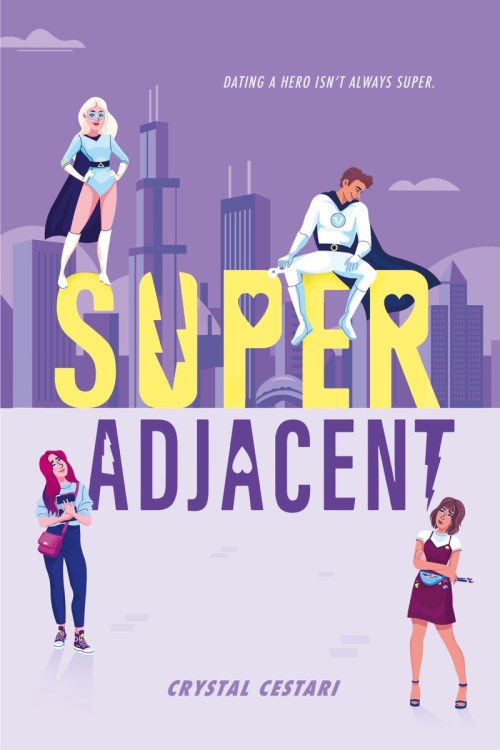 (TMS): Were you looking to invert the Woman in the Refrigerator trope by focusing on characters who, in other stories, might have been fridged for the character growth of their superhero significant others?

Cestari: Yeah, definitely. I really wanted to show two different, unique points of view. When you start dating a hero, I would think it would be super fun and it would be so alluring. This person is literally super-powered, and that would draw you in. That was something I wanted to explore with Claire; she’s obsessed with heroes and the idea of dating one would just blow her mind in the best possible way, but then after a while, it seems like it would probably get old, [which it does for Bridgette].

I wanted to show how each character would get to the point of dating a hero and what would be at stake for them, not necessarily just, “Oh, the inconvenience of once in a while getting kidnapped,” but also how that would really impact the trajectory of the things you want to accomplish. Especially with Bridgette’s plotline, and how things that she wants to do keep getting derailed because of Matt, that was definitely really important for me to dive into.

(TMS): How did you go about the world-building?

Cestari: When I first had the idea, I thought talking about the girlfriend’s point of view of dating a hero would be very fun and fluffy. There were some things I didn’t anticipate going into it that became a really fun challenge, one being that every superhero story needs a good villain. Right? Something to root against.

But how do you describe a villain and build up that tension and terror and mayhem when the main characters aren’t the heroes? They aren’t going to have the typical information about the villain; they’re not going to have as many run-ins.

An important third main character in the story was interstitials in between the chapters that would deliver information to the reader that my narrators weren’t necessarily getting on their own. These included things about specific crimes happening in Chicago that my narrators weren’t involved in, or just tensions that were building. That was a fun device to build up the world without having my characters involved in those specific instances.

(TMS): From where did you draw the tonality and different structures for the interludes, since so many of them hail from in-verse online fandom?

Cestari: All of us exist in an online world. Reading the comments on pretty much anything that exists out there, you’re going to see the people who are so excited about what’s going on, and people who are going to flip it and take it really negative. I thought it would be interesting in those interludes to feature some of the same people or the same handles over and over; they get repeated and show how they’re following [WarNat], how they’re so obsessed with it.

I wanted that to be something that Claire was involved in, and then when she got in the WarNat world, saw how it could be not as fun and actually pretty destructive sometimes, like when she sees how Bridgette has reacted to being a target of the fandom. I really wanted to explore the different sides of what it would mean to be a hero in the “real world,” like what sort of things would you encounter? One of those things would probably be online harassment, sometimes, and an online fan base that would really build you up or pull you down, depending on how it goes.

(TMS): Do you have a favorite character or one you relate to more than the others?

Cestari: I feel like Claire and Bridgette are really just two different but representative parts of myself. There were different parts for each of their storylines where I would be like, “This is so me.” I really identify with Claire’s excitement and her drive to accomplish her dreams and really go after stuff no matter what. Bridgette was the first character I started writing because I knew I wanted to explore the downside of being a hero [or a hero’s significant other].

A lot of the things she felt or experienced were things I pulled from my own personal life—not dating heroes, but just dating regular people. It’s hard for me to choose a favorite! I just feel so connected to those two in different ways.

(TMS): Are there plans for more stories in this universe?

Cestari: As it is right now, I feel like this is the story that I wanted to tell, but I never really want to close a door on anything. I feel really happy and satisfied with how Super Adjacent came together and where everybody landed at the end.

(TMS): What was your favorite part of writing Super Adjacent?

Cestari: I really liked playing with the idea of there being this Avengers-type group of people who are in Chicago, which is where I’m from, and thinking about places where the heroes would pop up and where their secret lair would be, and all that kind of stuff. I feel like Chicago doesn’t get as much representation in superhero stories, so I liked incorporating all the things that I love about being a hero or that whole world and putting them in the world that I live in. That was one of the most fun parts.

(TMS): What do you hope readers take away from Super Adjacent?

Cestari: Definitely the message I worked on is that we’re all the heroes of our own stories. We each have something to offer to the world, even if it isn’t something super obvious like being able to lift a truck over your head or fly. We each have a voice that is important to share and important to respect and hold onto as you go about your life.

(TMS): Do you have a favorite superhero or superhero team?

Cestari: If we’re talking traditional comics heroes, I love Spider-Man because I love the playfulness and the quips and the funny elements. I also really love Squirrel Girl and how she’s so funny and always out there trying to use her words instead of her fists. If we’re going heroes who aren’t necessarily “comic book heroes,” I gotta say Buffy Summers. She’s my girl.

(TMS): What media, superhero-themed or not, are you super into right now?

Cestari: I’ve been diving into everything that’s on Disney+. I loved The Mandalorian, also known as The Baby Yoda Show, and there was also The Imagineering Story, which I got really nerdy about.

Super Adjacent hits shelves March 17th, 2020. To keep up with Crystal Cestari on social media, follow her on Instagram. 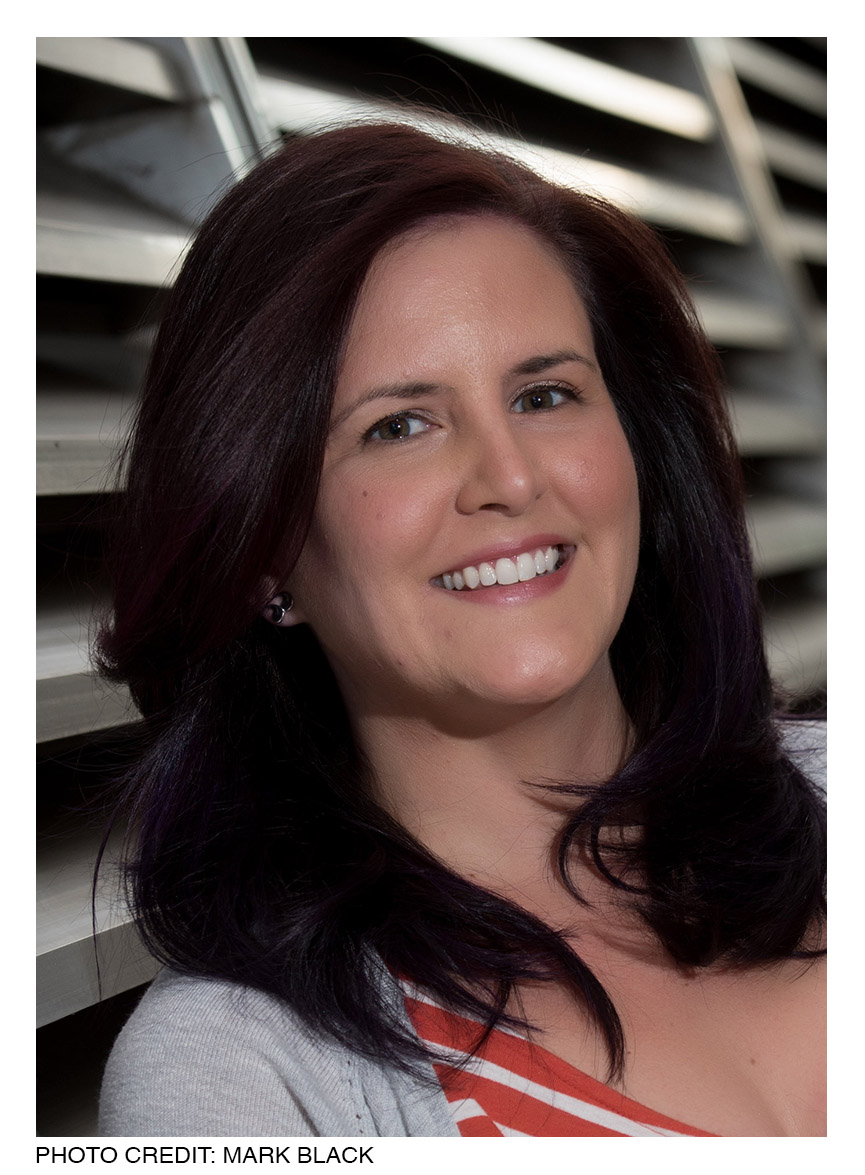