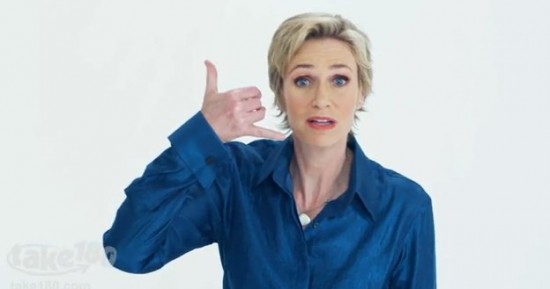 And just in time for Glee tonight! In case you missed it, Jane Lynch, a.k.a. Sue Sylvester, pretty much blew apart the iPhone and the still-ongoing stolen iPhone debacle yesterday, coming on the heels of the iPhone 4 announcement. Lynch, accompanied by stand-up comedian and performer Kassem G, sent up the dead and not-so-missed Get a Mac commercials with G playing the new iPhone and Lynch playing… herself. To great comedic effect, (although I’m not sure how you get a camera third nipple) proving once again she can be both hilarious and kind of terrifying. Video after the jump!