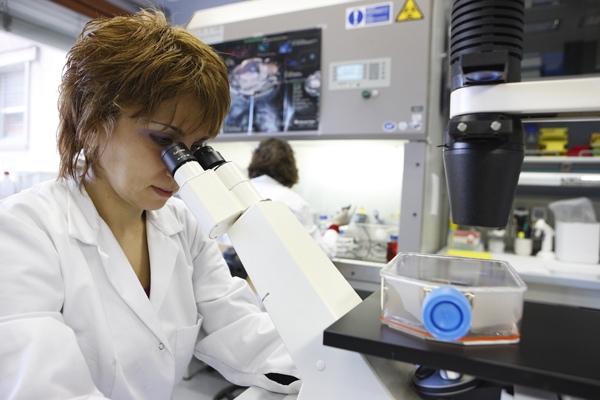 Within 6 years of vaccine introduction, there was a 64% decrease in 4vHPV type prevalence among females aged 14 to 19 years and a 34% decrease among those aged 20 to 24 years. This finding extends previous observations of population impact in the United States and demonstrates the first national evidence of impact among females in their 20s.

Extremely common, HPV can cause genital warts and cancer. The study only included girls, as the recommendation to vaccinate boys wasn’t issued until 2011 (recommendations for girls began 2006). The New York Times points out, however, that only 40% of girls and 20% percent of boys in the United States are immunized, largely due to the myth that the vaccine promotes sexual activity.It’s ridiculous that unscientific, unsubstantiated myths about the vaccine, which can protect both boys and girls from spreading and suffering from a cancer-causing STD, have any weight at all.

The NY Times also points to the U.S. administering it in three doses, rather than 2, and the vaccine being optional as opposed to “mandatory or at least offered at school, its cost covered by a national health care system,” as in Rwanda which has a 93% immunization rate and Australia which achieved a 92% reduction in “genital warts in women under 21.” Hopefully this study will shed some light and encourage a higher immunization rate for both boys and girls here in the U.S.

(via Gizmodo, Image via Novartis Vaccines Research Lab on Flickr)