Chance the Rapper's got a chance now. 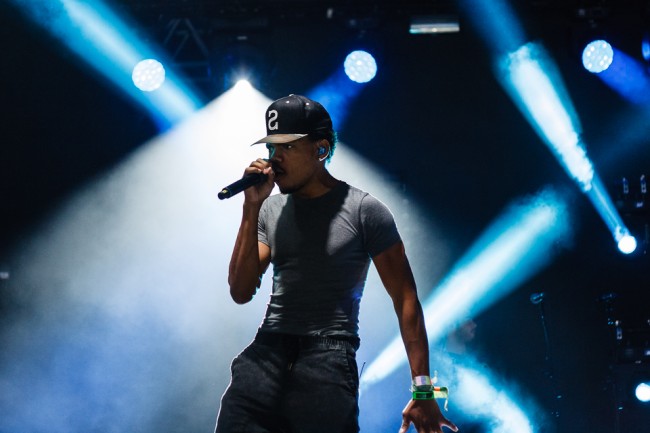 Believe it or not, musical artists whose work appeared only on streaming services wouldn’t be eligible to win a Grammy Award—until now. In previous years, if artists didn’t have their music available as a digital download or as a physical product, they wouldn’t be eligible for a Grammy. This meant that artists with music exclusives on services like Tidal or Spotify couldn’t qualify. As of the 2017 Grammy Awards, the Recording Academy will embrace these new streaming-only exclusive and consider them all for potential nomination.

Many have pointed to Chance the Rapper as the most obvious contender for a Grammy Award as a result of the change. His latest, Coloring Book, is the first streaming-exclusive release to chart on the Billboard 200. Around the time it appeared at number 8 on the charts, it had already garnered a total of 57.3 million streams.

How do you translate that into album sales, exactly? Guess we’ve got to come up with yet another certification for “going platinum” via streaming services. Maybe the RIAA can send successful artists a platinum-plated wi-fi symbol to hang on their wall?

The new rule for the Grammy Awards is getting put into place retroactively, meaning that any streaming-only release that got put out between October 1st, 2015 and September 30th, 2016 will be considered for nomination in the 2017 award ceremony. Not every streaming service will be included in the new rules; the Grammys will limit their considerations to paid services, such as those that offer streaming with a monthly fee or streaming with paid downloads available. This will now count as putting out a release in “general distribution.”

Mostly, this just seems like a method for giving Chance the Rapper the nomination he deserves (fingers crossed), but in a larger sense, the change is indicative of the larger trend towards subscription-based services for music. Subscriptions have already overtaken TV and movies as a method of consumption, and comic books have followed suit in the digital age (I’ve been singing the praises of Marvel Unlimited ever since I finally buckled down and signed up). Eventually, none of us will really “own” anything, it’ll all just be in the cloud. That’ll be … something.

(via The Verge, image via Daniel Gregory/Flickr)