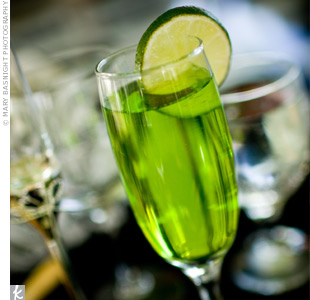 Researchers at Tel Aviv University’s school of chemistry have developed a sensor that can detect if your drink has been spiked by the most common date rape drugs. The sensor can be used as a straw or a stirrer that will light up to indicate if someone has slipped something into your drink.

The sensor absorbs a drop of the beverage, and brings it into contact with a chemical formula created by lead researchers Fernando Patolsky and Michael Ioffe. So far, the exact make up of the chemical formula hasn’t been released. But, the researchers say it is extremely effective at detecting the drugs.

“The drug itself is reacting with this chemical formulation and the previously clear formula becomes dirty and when the light shines it you can detect it. You don’t have to do anything but dip it in your drink.”

The sensor was tested on a variety of common cocktails and soft drinks using the drugs GHB (gamma-hydroxybutyric acid) and ketamine, with what the researchers say is a 100% accuracy rate. Now, because the research hasn’t been fully published, the reported accuracy rate hasn’t been confirmed through peer review, or challenged by other researchers. The device is also not in development, and the researchers are soliciting for more funding. So a little healthy skepticism is warranted.

But if the research is the real deal, the detector should be able to provide a quick and easy way for people to make sure their drinks haven’t been tampered with. The researchers claim that the sensor is cheap and the chemicals used aren’t a human health threat so the device probably wouldn’t need government approval for production.

In the future the researchers would like to expand the device’s capabilities to include detection of Rohypnol (roofies) and other drugs used to sedate victims. The researchers say that with the necessary funding their sensor could be in production in the next year and a half. We hope so, we also hope that it actually works.

(AFP via Gizmodo, photo via Flickr/Shopangelica)