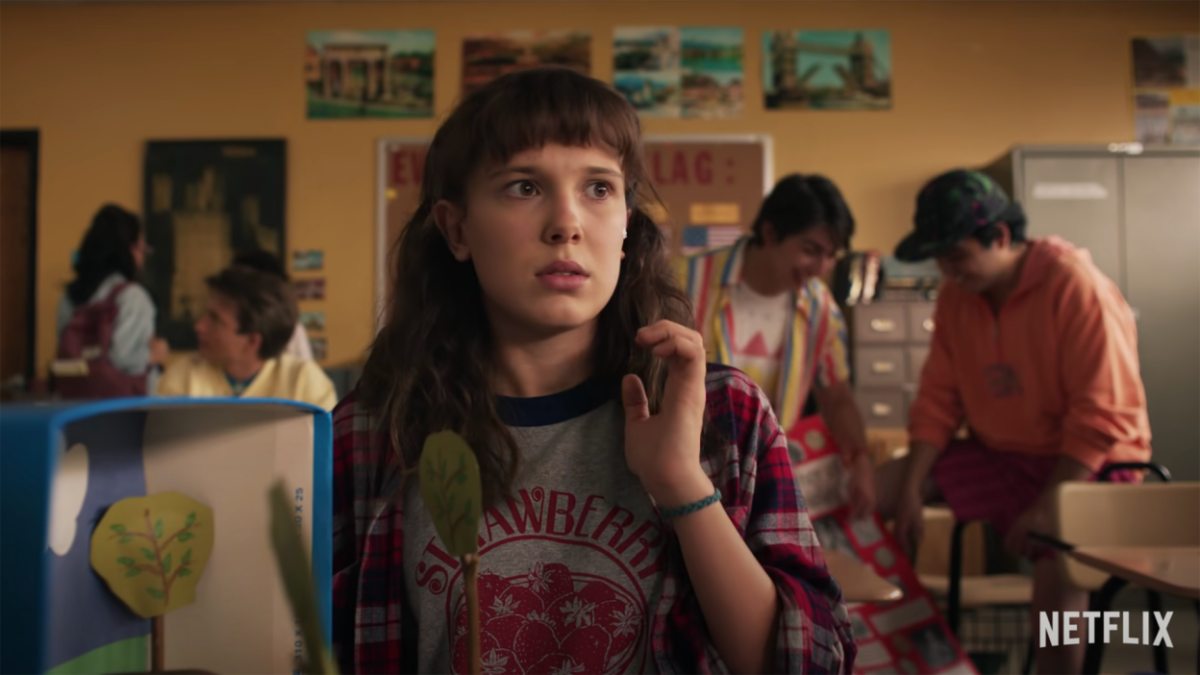 We’ve been waiting to return to Hawkins, Indiana since the summer of 2019. The last we saw of our favorite teenagers, they were saying goodbye to Hopper, and Eleven moved to California with the Byers to get out of the horrible life they were constantly living in while staying in Hawkins. But the longer we’ve waited for answers about the Russian involvement in Hawkins and the future of their world, the more fans have tried to figure out when we’d be seeing Stranger Things 4.

As Yahoo! Entertainment reported, the number “805-45-PIZZA” appears in the teaser trailer from November, and fans on Reddit went on to call the number. I tried to call it, but it is also January, so I may have missed the window, but according to those who got through, the call leads to “Happy Birthday” music that has fans guessing on a release date.

Originally premiering on July 15, 2016, the show has since thrown fans into the world of Eleven and her friends as we try to figure out the extent of her powers, as well as what the Upside Down has in store for not only Hawkins, Indiana but apparently the entire world. That July 15 release date has fans thinking that the birthday music is telling us that the show will come out on July 15 in 2022.

Eleven is writing a letter to Mike in the teaser trailer that is lying about her time in California, telling him that she’s made lots of friends and enjoys being there when she clearly does not but she doesn’t want Mike to worry. What it shows us, though, is the switch from Eleven, Will, Jonathan, and Joyce all adapting to their new lives and then instantly getting thrown back into the nonsense of Hawkins when they go back to visit.

The pizza truck in the trailer had the number that gave fans the clue, but I’m personally hoping that we’re all wrong and we will get a sneak season of Stranger Things in the spring. The show has been relatively good about coming out when the seasons are set. Season 1 was a bit different, but season 2 had us at Halloween with the kids dressing up like the Ghostbusters and came out in October, while season 3 was released on July 4th and was set during the holiday. So, to have it very clearly be a trip back to Hawkins for Spring Break and not release the show then seems strange to me.

But maybe we will have a birthday season, and that’s fine, too! I’d just personally rather have Stranger Things 4 sooner rather than later, but fans figuring it out this much just shows how much we all miss having new Stranger Things episodes, and we’ll all clearly go to pretty wild lengths to figure out when we’re getting new ones.