The Next Book You Should Read, Based on Your Favorite Stranger Things Character 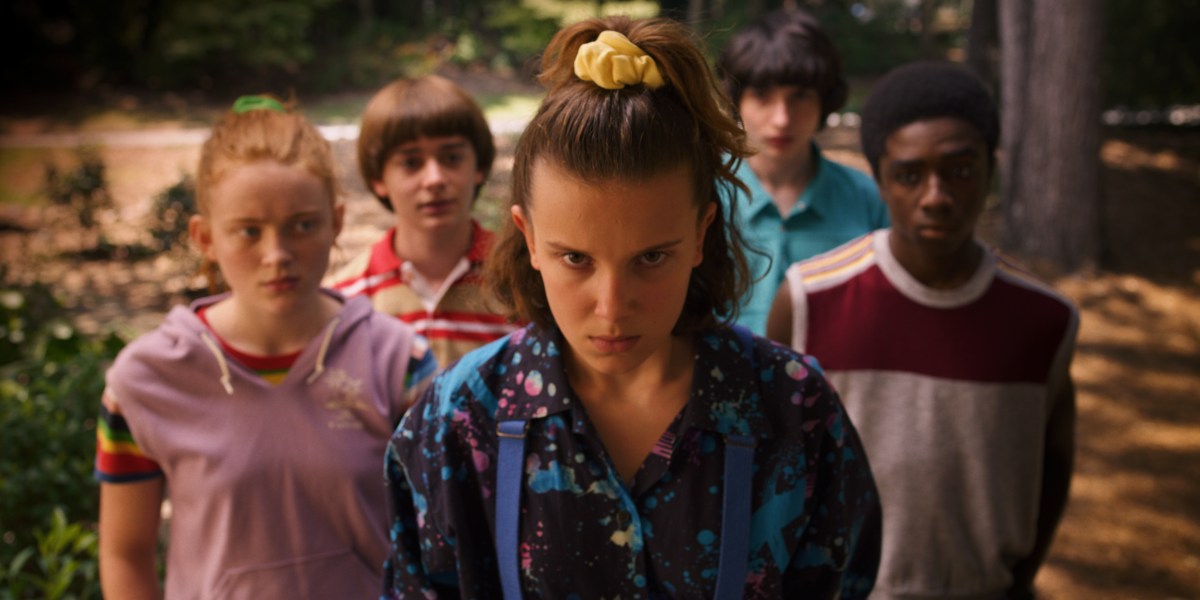 The summer is over, and the long, cold wait for Netflix’s Stranger Things 4 has begun in earnest. How long before we know who “the American” is? When will we know how the D&D party is dealing with being divided? And what is going to happen for America’s two favorite moms, Joyce and Steve? I have no answers, but I do have a way to ease the agony.

Below, you’ll find book recommendations tailored to each character in the hopes that spending a little more time with the good (and not so good) people of Hawkins, in a way, will make the wait more bearable. 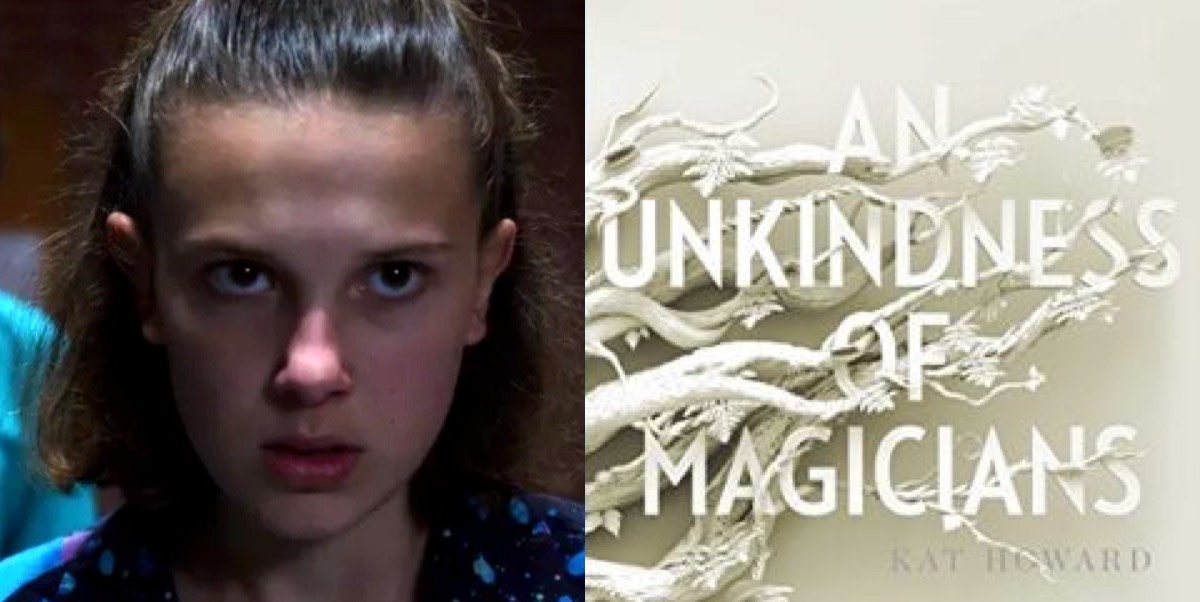 Eleven: An Unkindness of Magicians by Kat Howard

It’s hard not to suggest Firestarter or Carrie, two books that clearly influenced Jane/El’s character, but you already know about those. Instead, try An Unkindness of Magicians, which also features a woman who was used for her powers rising up to destroy those who hurt her. She likewise finds plenty of enemies to fight, but also discovers some stalwart allies along the way. 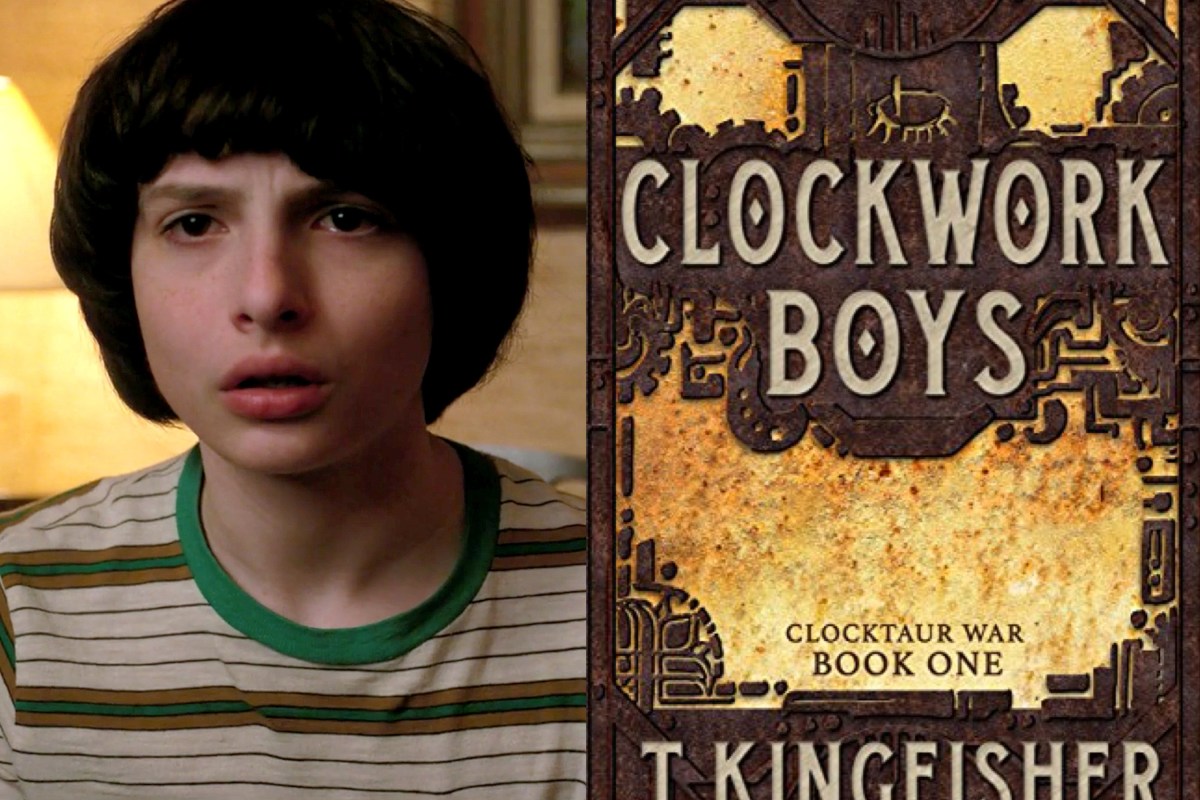 Mike is a leader and a supportive boyfriend, although he occasionally makes some bad—if noble—moves. He’s definitely a paladin, just like Caliban from Clockwork Boys. Both are flawed, have a deep romantic streak, and would do anything for their friends. However, Caliban has an unwanted psychic connection to a demon, which would make this a good book for Will, too. However … 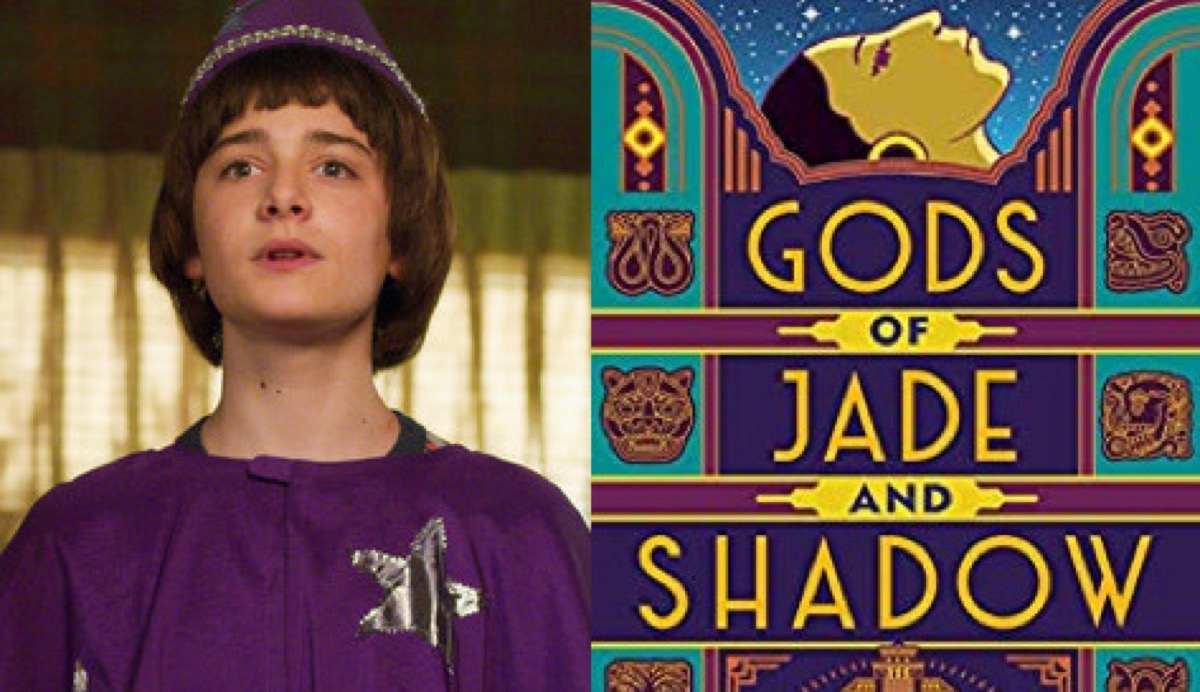 Will: Gods of Jade and Shadow by Silvia Moreno-Garcia

I picked this book for Will because it also features an unwanted connection to an underworld power, but contains some gentleness and longing. Will and Gods of Jade and Shadow’s Casiopeia are innocents drawn into situations beyond their ken, but who nevertheless find the unexpected strength and wit to resist. 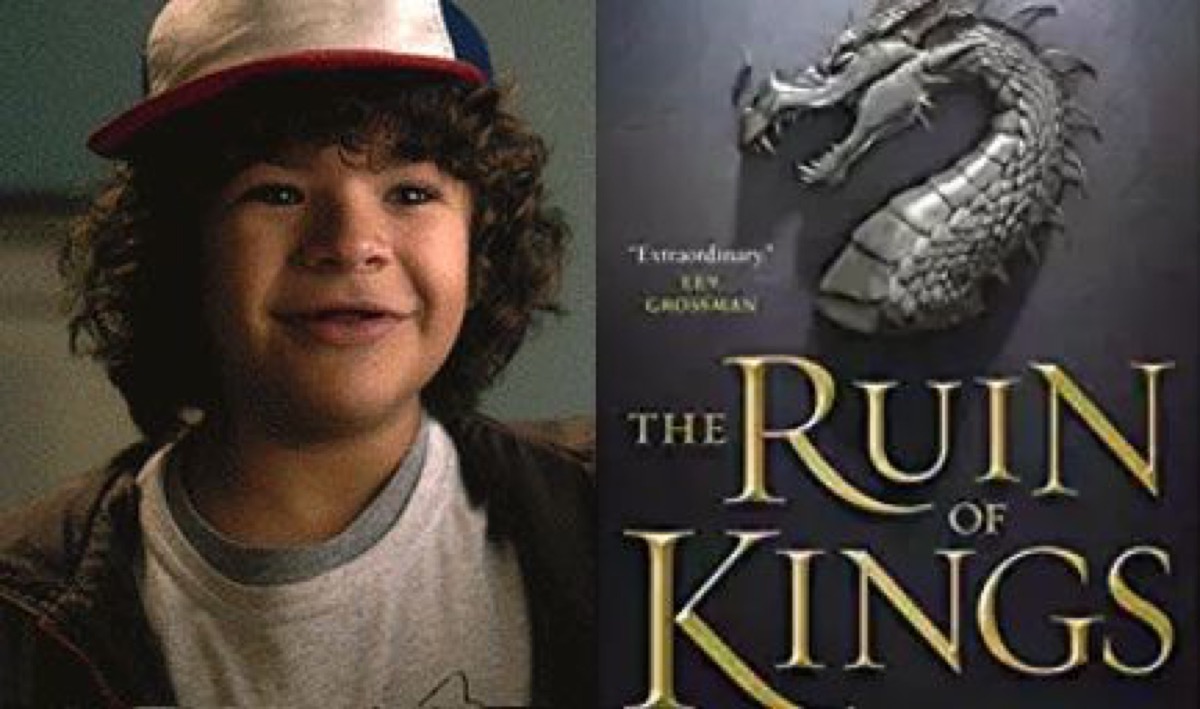 Singing while everybody’s life is on the line? Check. Sarcastic but good-hearted with a tendency to freak out? Check. An unfortunate tendency to run afoul of nightmarish creatures? Check. Dustin and The Ruin of Kings’ Kihrin share some bad luck and some good attitudes, even if they both accidentally put their hometowns in peril. 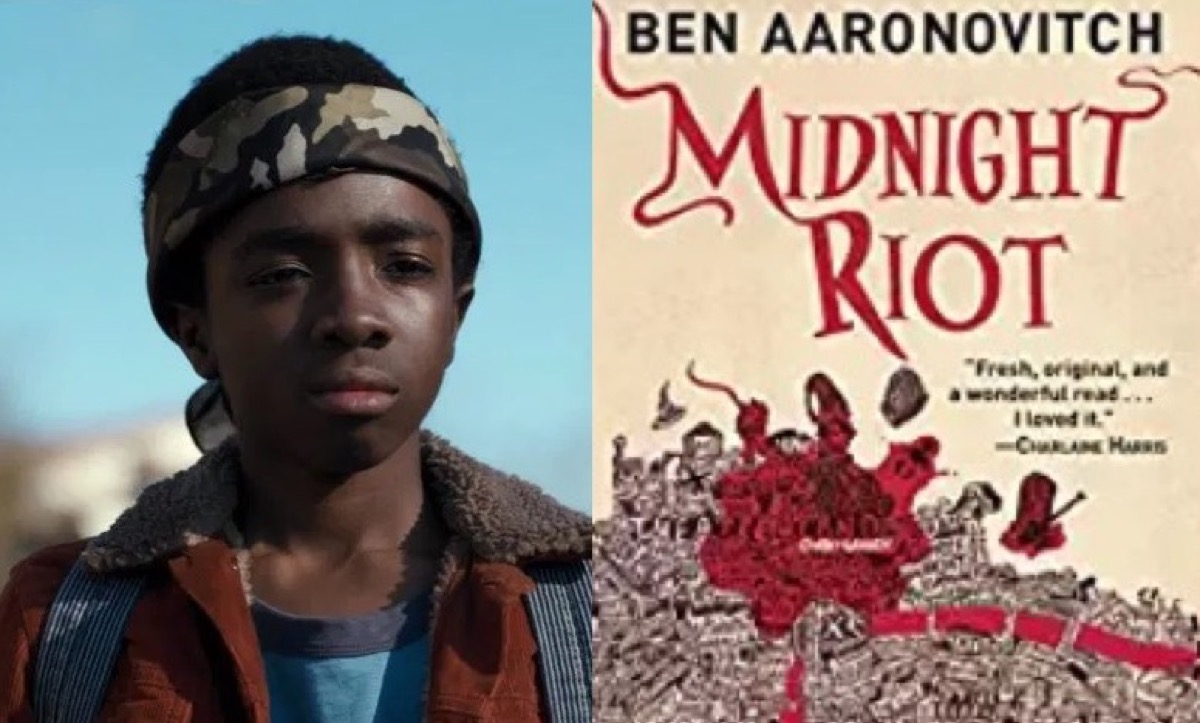 As the party’s ranger, Lucas ventures far afield and keeps his wits about him. He’s also the most sensible, realistic one in the group, whether about demogorgons or girls. Midnight Riot’s Peter is likewise unruffled and straightforward. We also don’t get enough from Lucas’s perspective on his experience of being a Blerd in a predominantly white town, so hopefully Peter’s perspective can fill in some of that gap. 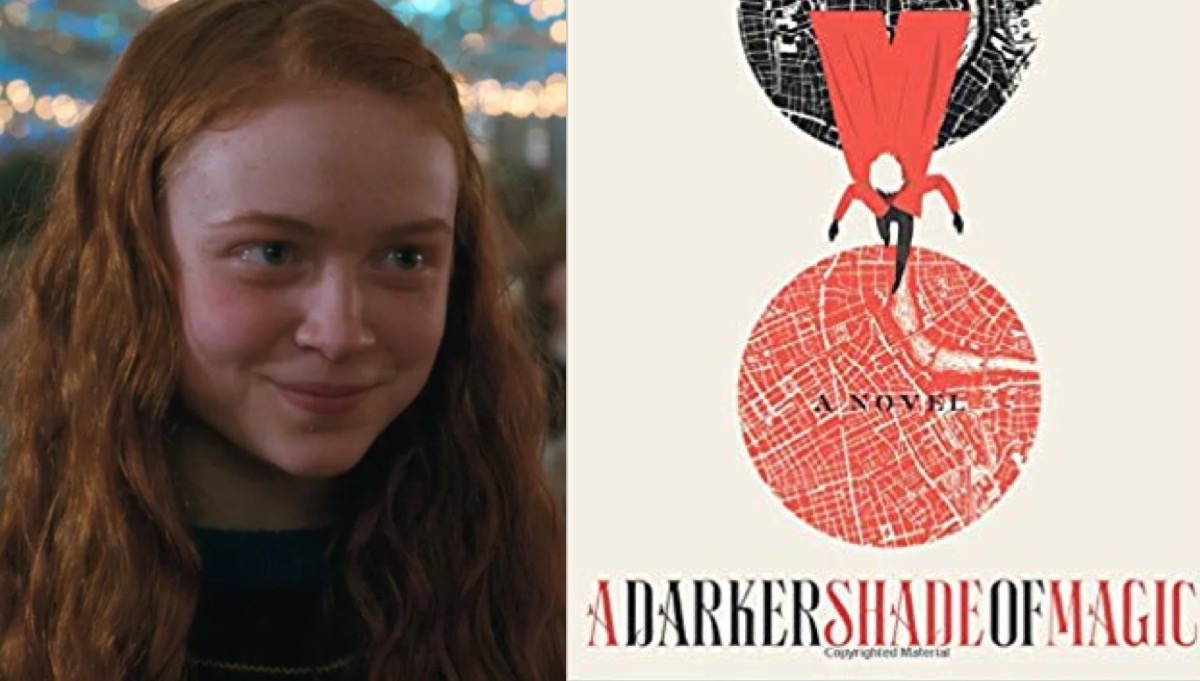 Max: A Darker Shade of Magic by V. E. Schwab

I bet A Darker Shade of Magic’s Lila Bard and Max would really hit it off; they’re both clever young women who charm, browbeat, and occasionally force their way into a different world. Also, most people have interpreted Max’s “zoomer” comment to mean she’s the party’s rogue, but I think pirate is an even better interpretation. 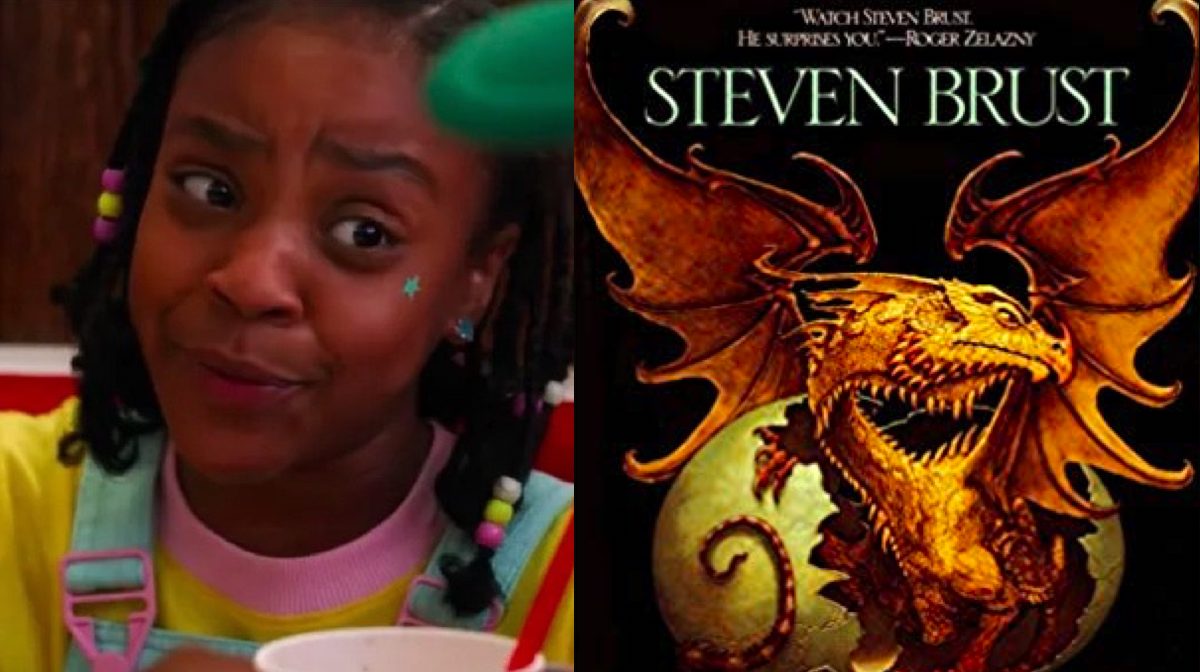 Erica: The Book of Jhereg by Steven Brust

The most enterprising young adventurer, “Can’t Spell America Without” Erica, deserves a hero with equal savvy. I think that equal would be none other than Vlad Taltos from The Book of Jhereg, who likewise gets dragged into things by people who are older and—theoretically—wiser, and stays involved because he wants a big score. Now, most books about thieves force them to learn that there are more important things than money. Not so for Erica, our unrepentant little capitalist, and not so for Vlad either, making them the perfect pair. 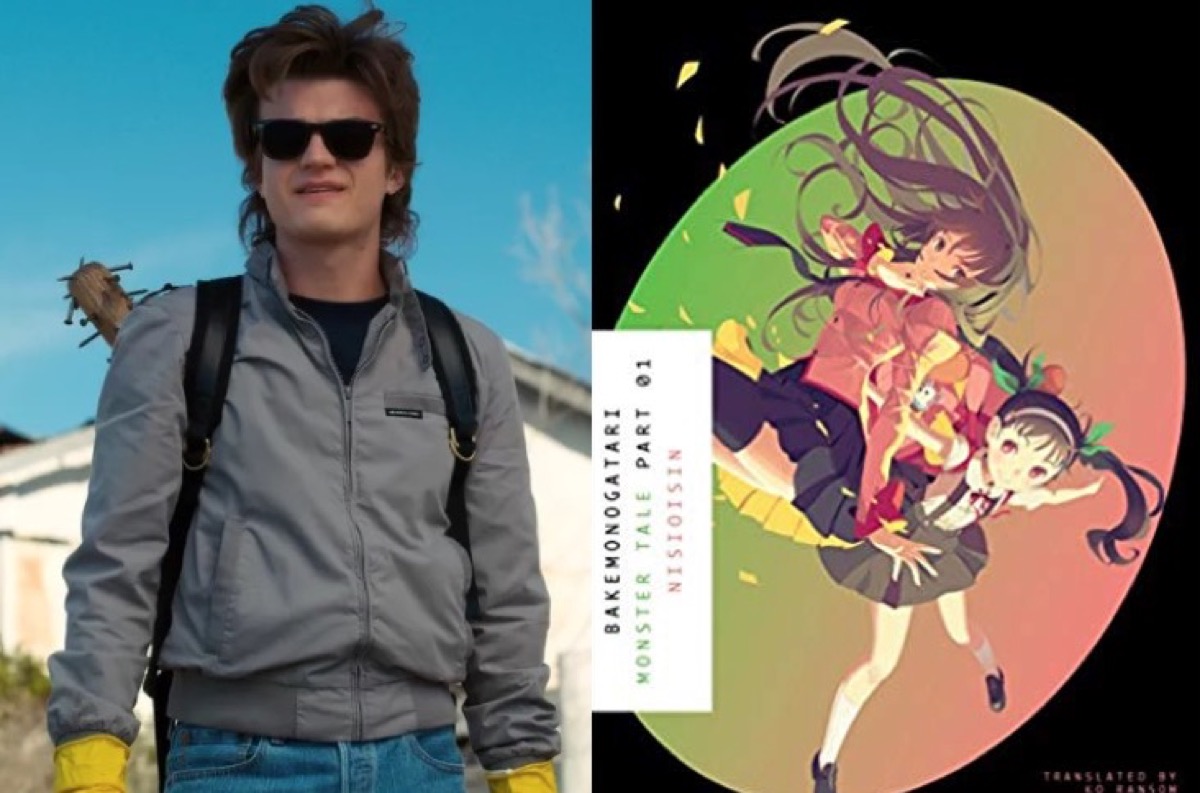 This series of Japanese “light” novels features a hapless senior who’s not committed to his studies and only wants a girlfriend, but ends up pulled into deeply odd occurrences while babysitting an ever-increasing horde of children. Sounds like our favorite babysitter! The series also has a strong sense of humor and moments of great heart, just like everything that involves Steve. 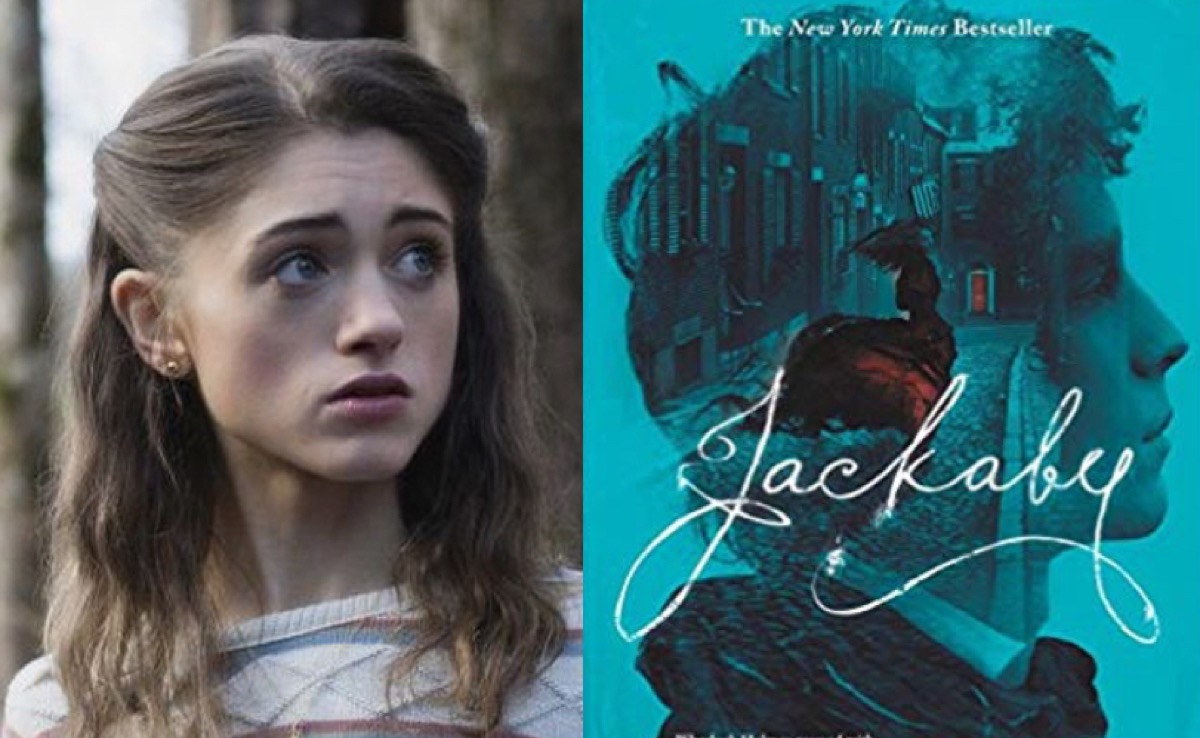 Abigail Rook is a budding investigator looking into conspiracies that intersect with the paranormal in Jackaby, just like Nancy. And like Nancy, she finds a rather odd mentor, although Mr. Jackaby doesn’t down vodka or swear in Russian. These ladies fight crime and sexism with flair, and I can’t get enough of either of them. 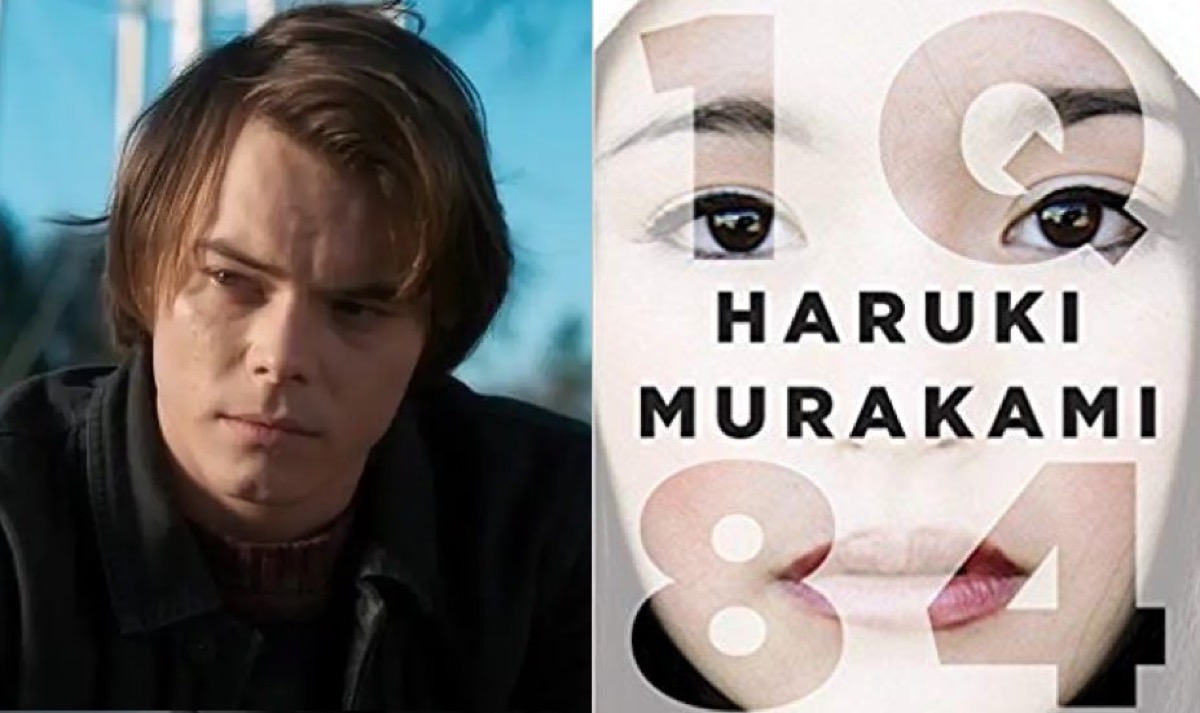 Jonathan is empathetic and curious, but doesn’t always have the most initiative. He would make a decent protagonist of most Murakami novels, but 1Q84 might suit him best since it involves an artistic man with a crappy dad rescuing little kids from a shadowy realm, and also features his far more motivated love interest. 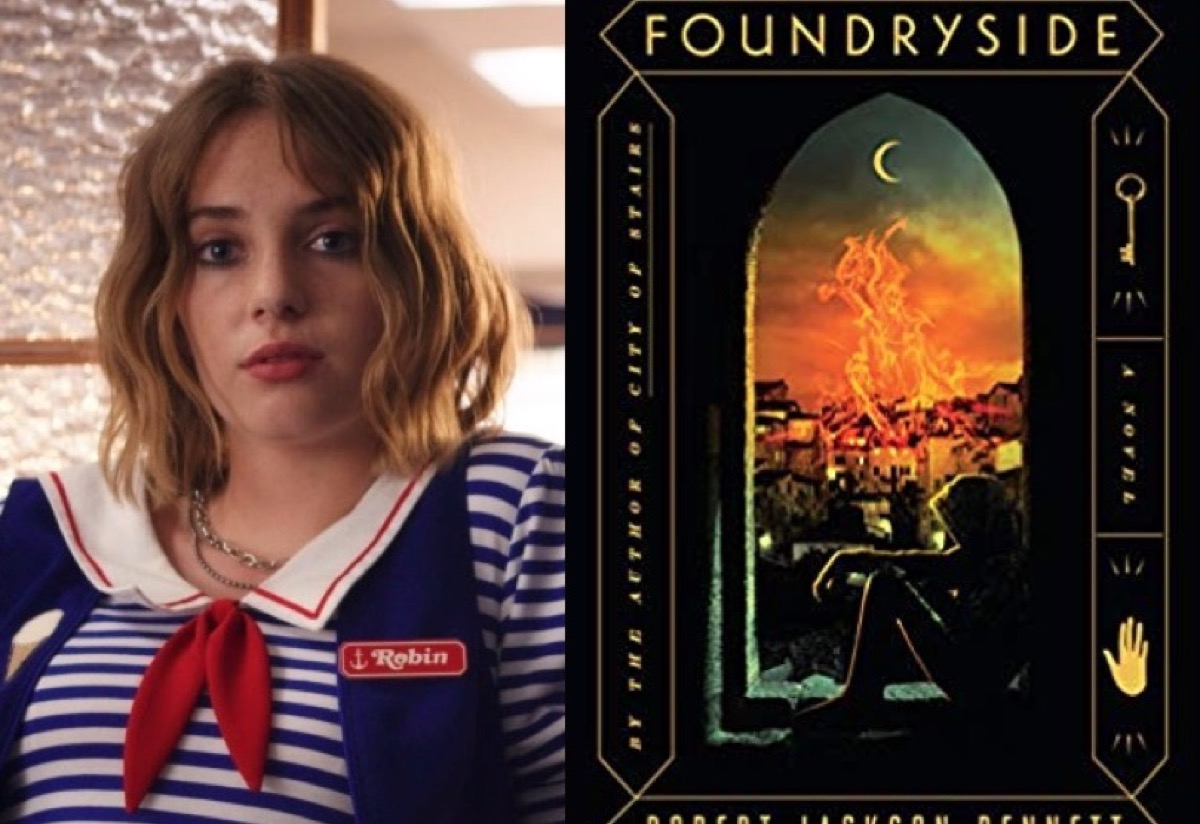 A knack for a new language, a crap job, and a chatty new BFF? Sounds like Robin but is also Sancia, who has to take down a huge corporate enterprise (not a mall, but close) with just her wits and a small team. Oh, and they also share an appreciation for pretty ladies. 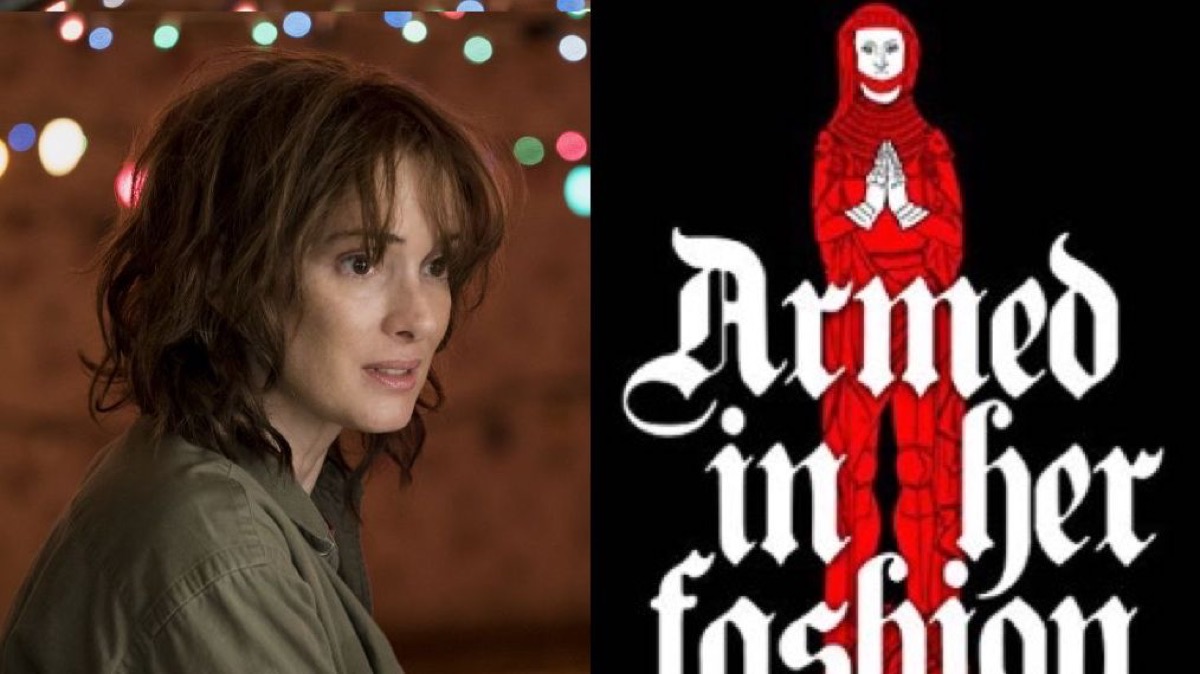 Joyce: Armed in Her Fashion by Kate Heartfield

A mother who literally goes to hell and back for her child, and tells a bunch of bureaucrats what’s what for good measure. Yep, that’s Joyce, and it’s also 14th century Margriet de Vos, a real person who becomes even more badass in the historical fantasy Armed in her Fashion. 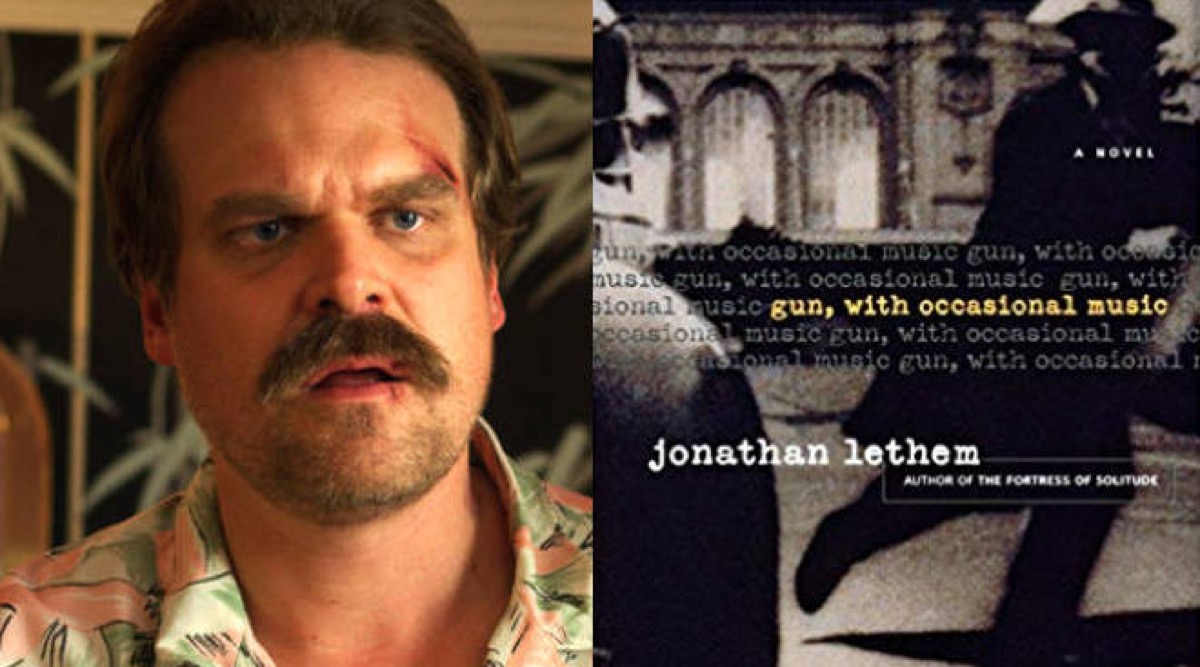 A surly but bighearted investigator who bites off more than he can chew? This could be a ton of hardboiled characters, but I’m going to go with Gun, With Occasional Music because it has just the right blend of action, seriousness, and humor, just like Hopper. 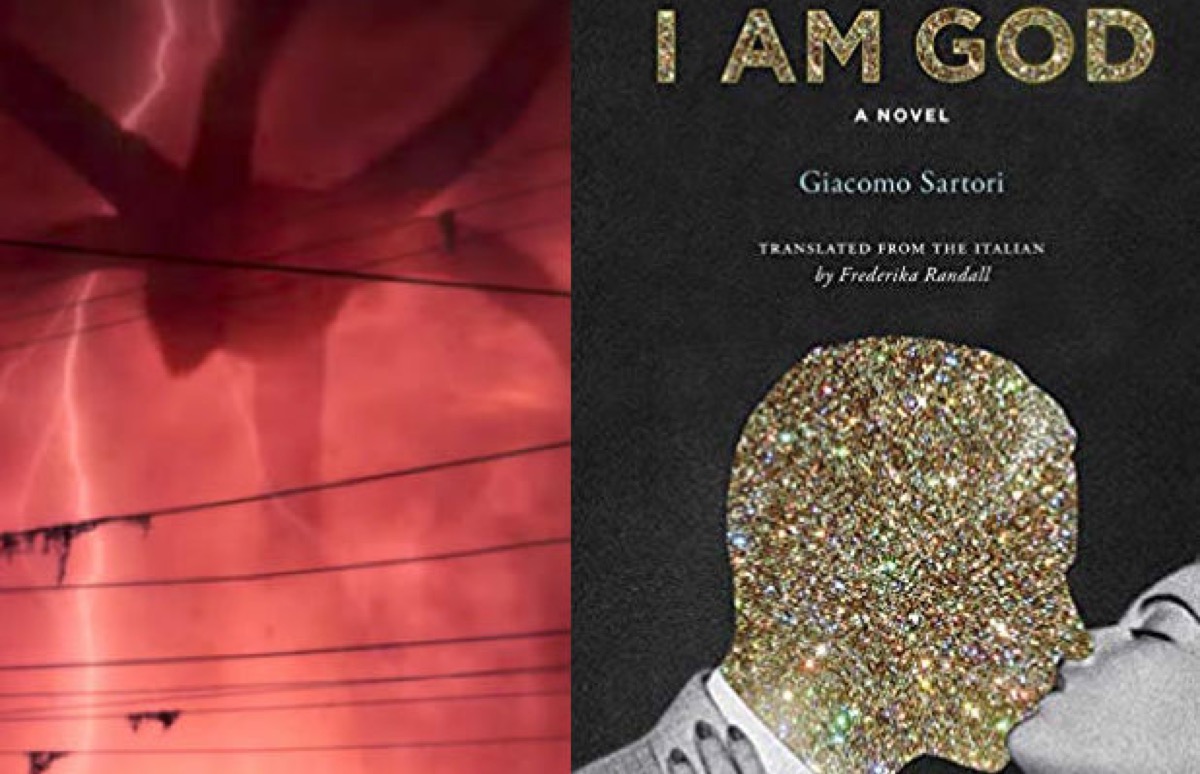 The Mind Flayer: I Am God by Giacomo Sartori

Despite omnipotent power and knowledge, God becomes fixated on a young woman who doesn’t acknowledge his power or dominion, and on her friends and family. While not as malevolent as the Mind Flayer, Sartori’s God is just as indignant and obsessed. 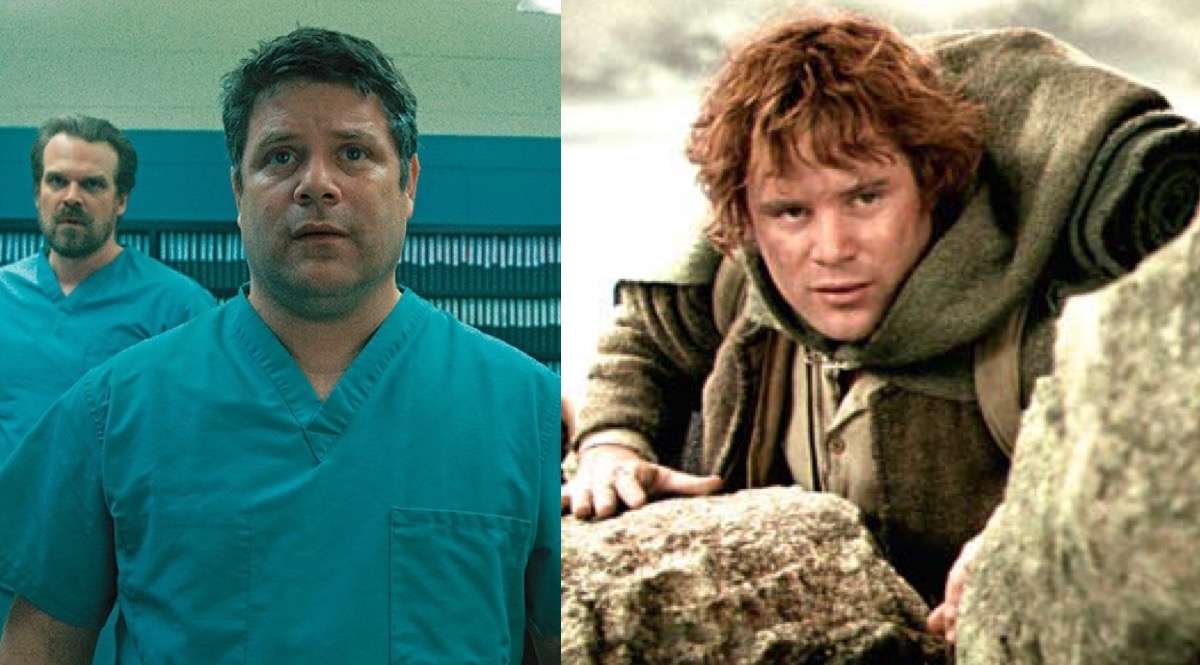 Bob: Fellowship of the Ring by J. R. R. Tolkien

Just kidding! Though, like Samwise, he’s earnest and helpful, Bob is a superhero, and he deserves a superhero story. So actually, I recommend the Reckoners trilogy (Steelheart, Firefight, and Calamity) by Brandon Sanderson, which features a non-superpowered hero taking on supervillains and monsters with his wits and bravery. I bet Bob would also really like Sanderson’s meticulous plotting and sweet romantic subplots. 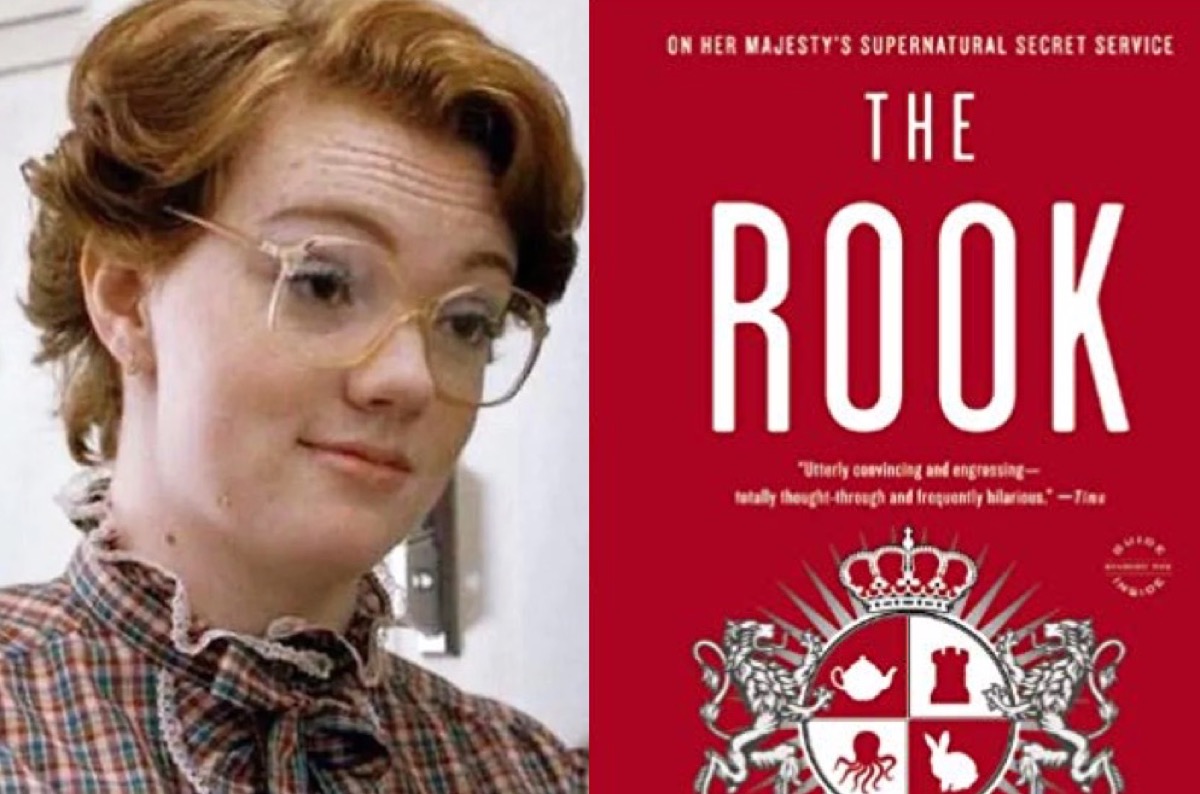 Barb: The Rook by Daniel O’Malley

The sensible friend is usually safe, but not so for Barb, and not so for Myfanwy, protagonist but also primary victim of The Rook. Already, on the first page, Myfanwy has lost her memory and might be an entirely different person, but she has to put that aside to investigate her own almost-murder. I’d like to think this could be Barb, living on and investigating paranormal crimes in the Upside-Down. Alas. 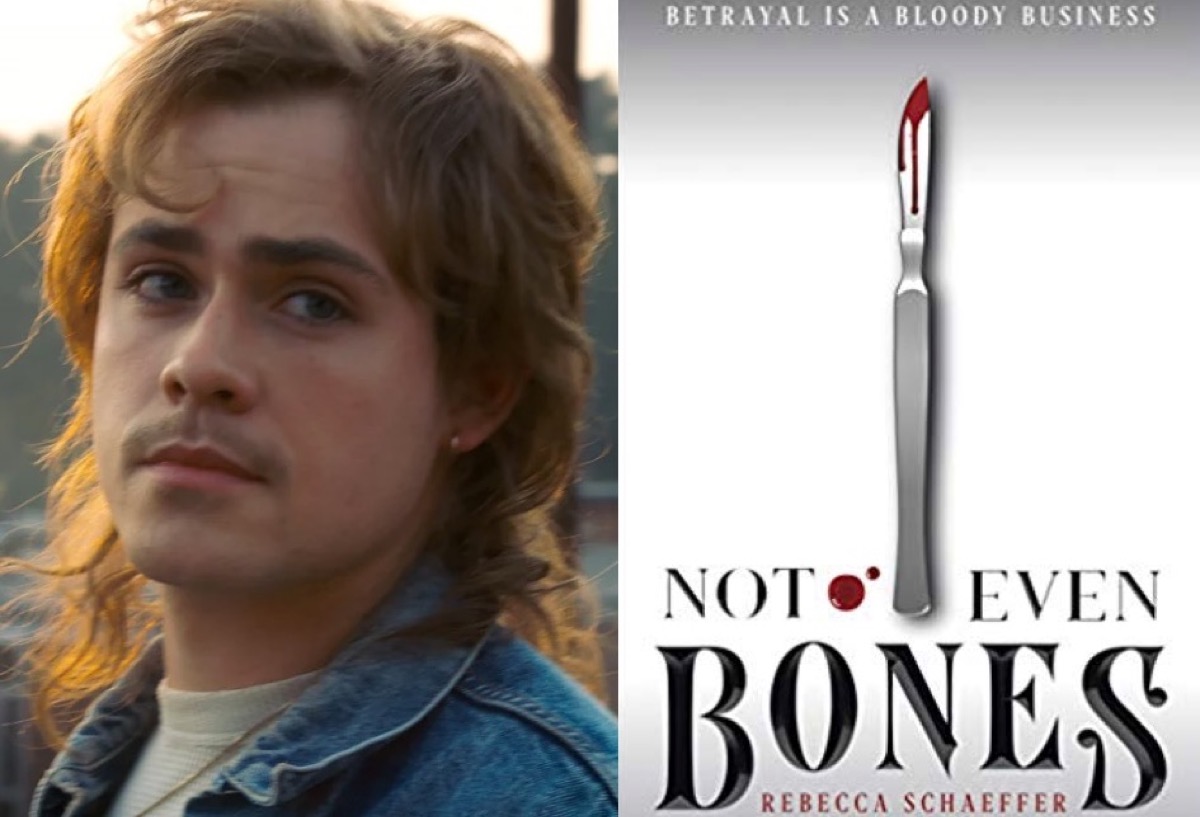 Billy: Not Even Bones by Rebecca Schaeffer

Billy’s tragic childhood isn’t an excuse for his abusive behaviors, but we can still have compassion for him. The same is true of the morally compromised but understandably motived characters in the Market of Monsters series. Both Nita and Kovit have done terrible things, but they don’t deserve to be possessed and used by evil people. Watching them fight back and learn better is cathartic in a way that we didn’t entirely get for Billy. 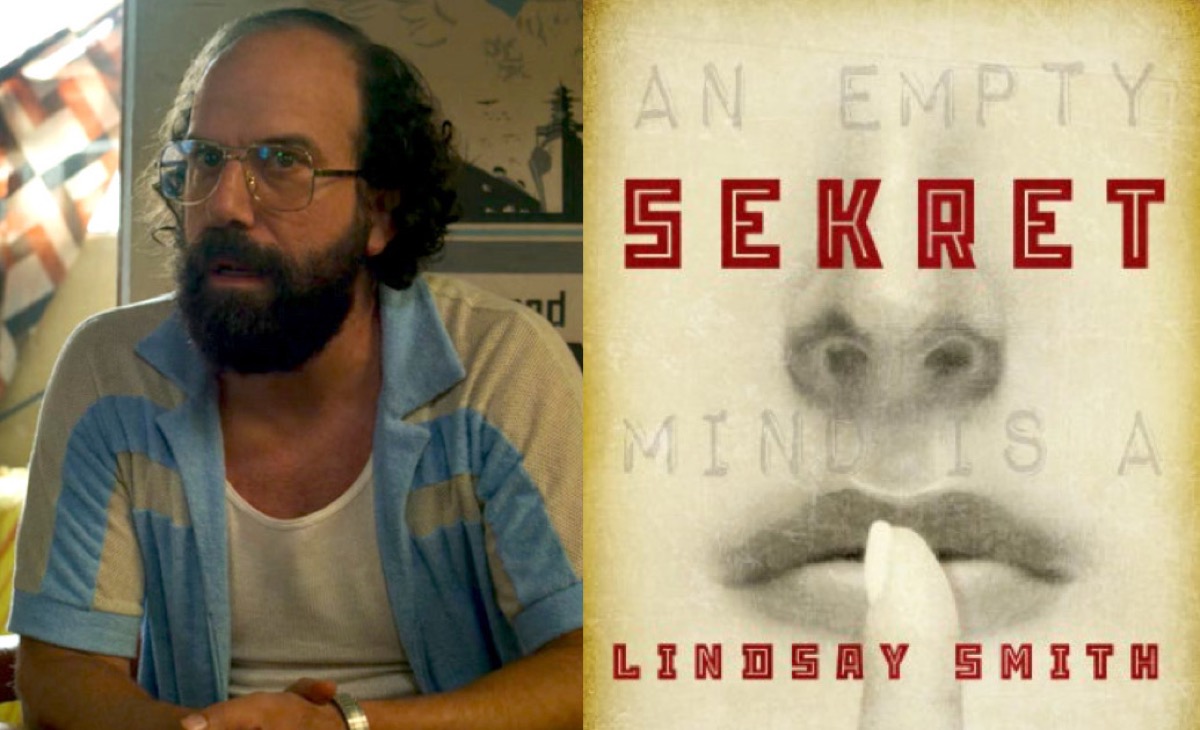 What if the conspiracy theories are true? Murray finds one, and Sekret’s Yulia is one, a Soviet spy with psychic powers. Yulia has to sneak and battle her way to freedom, and Murray … well, hopefully Murray would let her and her boyfriend hole up for a while, and maybe even get them a slushie.

Christina Ladd is a writer and editor who increasingly resembles her cat in her propensity for naps and disinclination to leave the apartment. She will eventually die crushed under a pile of books, but until then she survives on tea and everything bagels. Find her on Twitter at @OLaddieGirl.