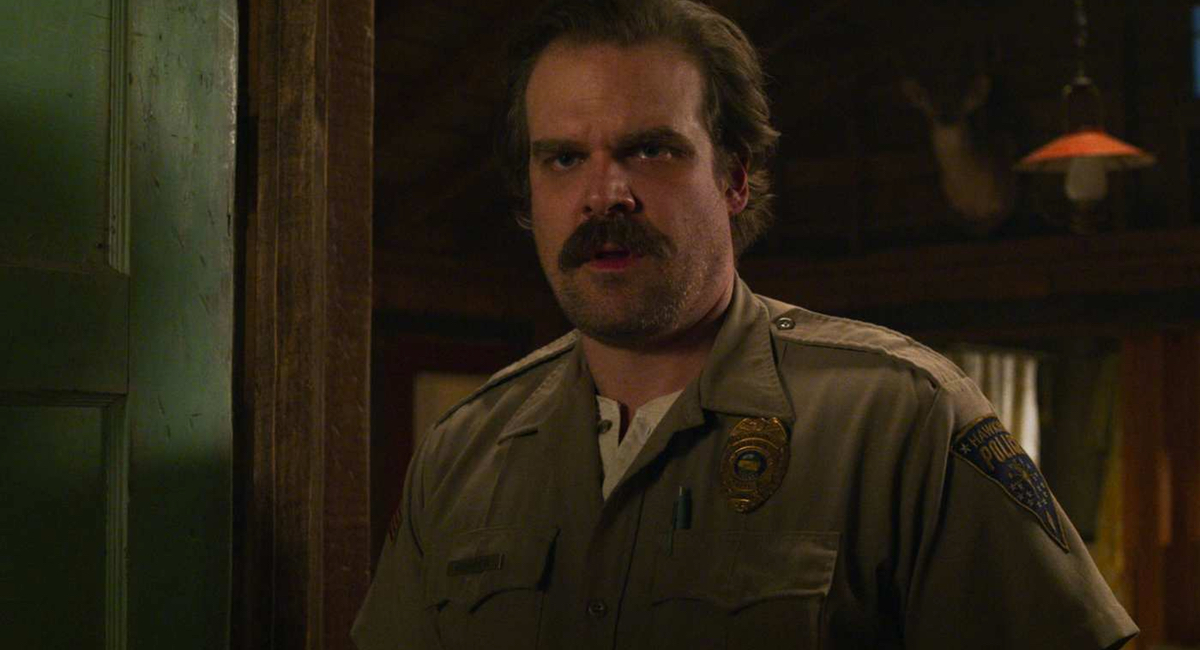 Stranger Things‘ Sheriff Jim Hopper, played by David Harbour, is one of my favorite fictional characters. Mainly because he’s grumpy, wants coffee, and doesn’t like most people. Considering what happens with him in Stranger Things, the third season hit me hard.

I was devastated by the end of Stranger Things season 3, because it seemed as if our time with Hopper had come to an untimely end. The last we saw of Jim Hopper, he appeared to have been killed in order to save Hawkins, Indiana. He left a note behind for his adopted daughter Eleven, and she went to live with the Byers. They all leave town, as Joyce Byers (understandably) had enough of Hawkins.

That’s what we all thought. In a new picture from filming for Stranger Things 4, it may be that Hopper isn’t gone after all?

Filming has begun in Rome, GA from r/StrangerThings

Or at least that’s what we can assume. In the picture, we see Hopper’s tried and trusted truck. It’s important, because why would his truck be there if Hopper is presumed dead? What we know is that there is an “American” in Russian custody, but we didn’t see who it was or what their plans were with them—but if you ask me, it’s safe to say that Hopper is alive and well somewhere. Probably Russia.

So now the question is simple: How does Jim Hopper end up back in Hawkins, Indiana if he is, in fact, alive? Especially since everyone who would go looking for Hopper thinks he’s dead. Because this is the ’80s, it isn’t like Hopper can just send his friends a text that he’s still kicking around. Maybe there’s someone in Russia on his side who will get our international man of mystery back to his sheriff position intact?

At least we can take comfort in the idea that if Hopper really is gone, the show did a great job of sending him off in the most Hopper of ways. He sacrificed himself and the letter that he wrote (which was really his speech for Eleven about Mike) let him end on good terms with her and gave us a heartbreaking conclusion to their relationship.

“That’s just not how life works. It’s moving, always moving, whether you like it or not. And sometimes it’s painful, sometimes it’s sad. And sometimes, it’s surprising, happy. So you know what? Keep on growing up kid, don’t let me stop you,” Hopper wrote, letting Eleven move on and grow without him. But then maybe it was symbolism for something more all along, that right now, we’re sad and this is painful but we can be surprised by Hopper’s return?

It’s possible, of course, that Hopper actually is dead, as Harbour is now appearing in some pretty big-budget movies and may have wanted off the show, but it just doesn’t make sense that the “American” that the Russians have would be anyone else. And really, what is Stranger Things without Hopper yelling at Mike and trying to be a father figure while having the entire town’s safety on his conscience?