Stranger Things 4 Takes Us to Cali in New Teaser 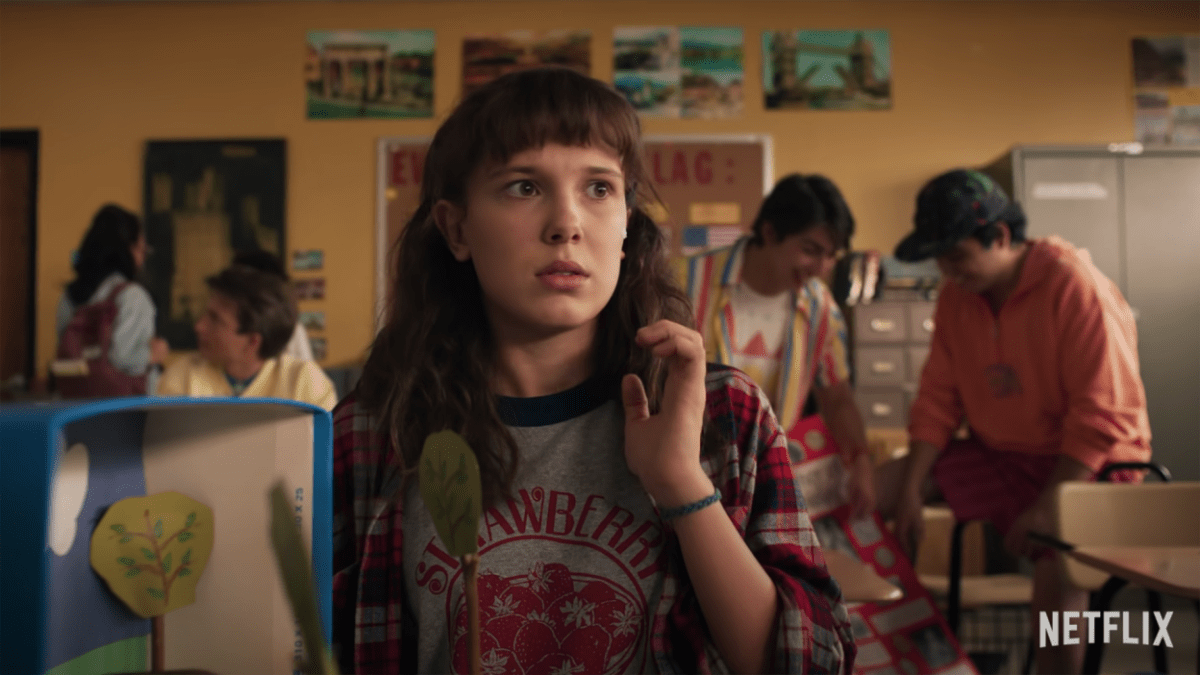 Stranger Things 4 has been a long time coming. The end of season 3 brought us the seeming demise of Jim Hopper (David Harbour), the departure of the Byers from Hawkins with Eleven, and all our favorite kids separated from each other. Now, almost three years later, we’re going to return to Hawkins just as the Byers do for Spring Break! And it seems as if it is right on time for Eleven.

In a new trailer for the show (which gives us an idea of a release date), we see Eleven writing Mike a letter from California and telling him all about her “friends” and how she’s adjusting to her new life with Joyce, Will, and Jonathan now that Hopper is “dead.” And like everything else in Stranger Things, it is clearly not all as it seems.

Is it ever as it seems? Hawkins has more twists and turns with every new season, and now that everyone is separated, we’re going to have a long journey to getting our favorite friends back together to take on the Upside Down.

Stranger Things preys on our nostalgia for the ’80s and has monopolized on it in the best way for the last three seasons. From Ghostbusters to including actors like Sean Astin, the show knows its audience and knows us well. And it seems as if season 4 is right in line with the rest of the series, even if we have a lot of unanswered questions from the last season.

And with Robert Englund heading to Hawkins, can we expect for things to get a bit spooky? Or, well, spookier than having Freddy Krueger around.

The series itself is described as follows: “A love letter to the ‘80s classic genre films that captivated a generation, Stranger Things is a thrilling drama set in the seemingly normal Midwestern town of Hawkins, Indiana. After a boy vanishes into thin air, his close-knit group of friends and family search for answers and are pulled into a high-stakes and deadly series of events. Beneath the surface of their ordinary town lurks an extraordinary supernatural mystery, along with top-secret government experiments and a dangerous gateway that connects our world to a powerful yet sinister realm. Friendships will be tested and lives will be altered as what they discover will change Hawkins and possibly the world — forever.”

And that’s the joy of Stranger Things. Friendships are always tested but they work through it, come together when they need to, and have each other’s backs when it matters and that’s why we keep coming back to this show.

What does the future hold for the kids of Hawkins? Well, a lot of questions and maybe some answers. Will Hopper and Eleven be reunited? Will the Byers and Eleven returning to Hawkins, Indiana be a permanent thing or will they flee back to California when Spring Break is over? We’ll have to wait until net year to find out, when Stranger Things 4 is here!