Of COURSE this was in Australia. 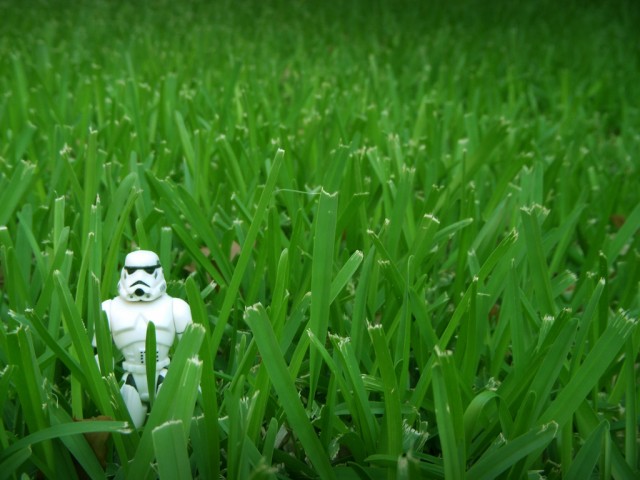 “What kind of person creates armor that restricts the soldier’s vision so much?” you ask idly, watching extras shuffle around in stormtrooper outfits. “ONE THAT UNDERSTANDS THE BEST GUARD AGAINST THE SERIOUS THREAT OF SPACE SNAKES,” I interject, “IS CONSTANT VIGILANCE.”

Scott Loxley is walking around Australia (and it’s summer down there right now, so just factor that in, folks) in an attempt to raise $100k for the Monash Children’s Hospital, and this week, he told his Facebook followers, the armor actually may have saved his life. Oh, right. I forgot to mention that he’s doing all that walking in an Australian summer wearing your standard set of sandtrooper armor, including that bucket helmet.

Loxley said he was surprised to find that what he’d mistaken for just another dead snake along the road was actually a live specimen of a king brown snake, which immediately lunged out to fill him with its highly toxic venom. Fortunately, its fangs caromed uselessly off one the fabled shin guards of the Imperial Infantry. “I could feel the teeth on the plastic scraping but the armour actually stopped something,” he said. “So all those people who rag on the old stormtroopers, ‘you know, the armour doesn’t do this, it doesn’t do that’ … it stopped the snake bite and probably saved my life today.”

According to Australian Museum, king browns, or mulga snakes, bite savagely and may hang on and chew as they inject their venom, which is highly toxic and can be expressed in enormous quantities.

Mr Loxley said it was the first time a snake had bitten him on his journey, although he usually catches taipans and western browns to eat.

(story via Neatorama, top pic via JD Hancock on Flickr)