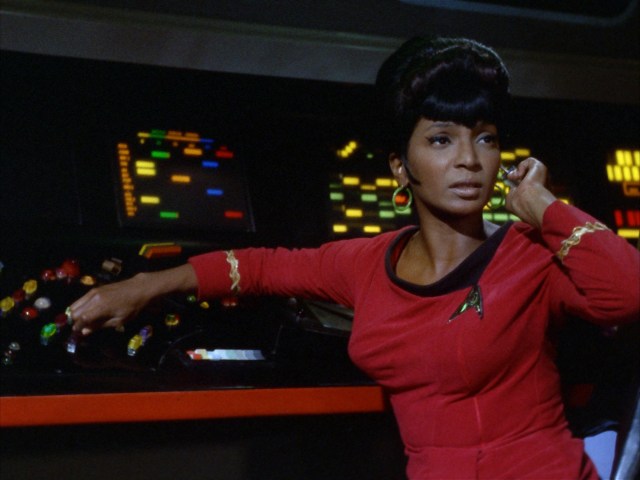 I grew up surrounded by nerds, though I didn’t know it at the time. A father with an impressive collection of Star Trek VHS tapes. A brother whose knowledge of kung fu movies verged on encyclopedic. The Twilight Zone marathons held on every major holiday, the books stacked along every wall of the basement. Today, I’d consider these things the markings of a nerdy home, but if you’d ask me as a kid, I’d say that we weren’t nerds. Nerds were the men at the comic book store who ignored me as soon as I walked in. They were the white kids at my school who traveled in packs and rolled their eyes when I, or any other black kid, tried to make conversation.

What I was felt like it didn’t have a name. Not because nerds weren’t invented yet, but because the image of the nerd was a clear one in my mind, and not something I, or anyone in my family for that matter, fit into. Steve Urkel was the closest thing that I’d ever seen, but his identity was less about his hobbies and interests and more about the size of his glasses and the fit of his clothes.

And so I’d direct my laser focus onto the characters in the background, the ones that I suspected I could probably relate to, if only they had more lines. Take, for instance, Lavender (the little black girl with glasses) in Matilda. She looked a little bit like me—well, closer than anyone I’d ever seen on TV or in a movie thus far—and so I was transfixed. Here it was: the mirror image I’d been waiting for. Nerdy black girls like me had to exist.

It was important to me to find that out, though I couldn’t articulate why at the time, and I sure as hell didn’t want to ever admit it to anyone. No one else that I knew looked to fiction so desperately for examples of how to exist in the body and the skin they were born in – or if they did (and I now suspect as much), they never told me about it.

It would be a long time before the word “blerd,” a portmanteau of the words black and nerd, would enter into my vocabulary, and when I did start to see it sprinkled among Myspace profiles and Livejournal groups, the word and its emerging popularity didn’t bring me any relief.

Confession time: for the longest time, I absolutely hated the word blerd. Like, hated it so much that whenever it was used I felt compelled to hit up the comments section with a way-too-impassioned rant.

As someone who’s all about encouraging black folks—girls and women especially—to explore and embrace their unique identities, I’m pretty embarrassed that, as a teenager, I fought so hard against a word that’s inspired such a sense of community for so many people. But it didn’t do that for me—at least, not right off the bat.

Rejecting the word blerd was a way of trying not to think about the moments that made me feel so awkward growing up. Just little moments, comprised of sideways looks or snickering comments that reminded me that I didn’t quite belong. To put it simply, I just didn’t want to think about the reality of being black. I hated that word because I hated having to put the word black in front of any descriptor of myself, because when others did it, it never made me feel like it was a good thing. Black friend. Black student. Black girl. More than anything else, I just wanted to be a “normal” girl, but put the word black in front of it and suddenly, I was something else. Something different.

Everything I was feeling was just misdirected anger, of course, and a lot of internalized self-hatred, but that type of emotional maturity was beyond me at the time. I wanted to be a nerd instead of a blerd because I wanted to a person instead of a black girl – black girl, always said in that tone, looked at in that way, ignored so regularly. I didn’t want to be a black anything because it seemed like that one word would always overshadow everything else about me, replacing it instead with every negative thing that I’ve ever had assumed about me: that I was dumb, that I was “fast,” that I came into this store to steal. But I will always have to contend with that, whether I’m proud of who I am, whether I own it, or not.

It was reading that saved me, of course. If I kept looking for positive reflections of myself in the works of white men, all I would ever feel is rejection, but there were black feminist authors out there, etching out worlds I could relate to. The number one lesson: don’t believe it when they say you’re imagining the racism and sexism in TV, in movies, in books, in everything, and return to the works of Octavia Butler during times of stress. Follow the example of the blerds you grew up around, and like what you like and don’t give a single shit about proving anything to anyone.

Blerd. There’s power in that word for me, now. It means that I don’t try to hide my “blaccent” around new friends. It means not caring if some asshole decides on-sight that I don’t belong. It means that being a geek and being black aren’t mutually exclusive. It means that this is who I am, and I don’t have to discount any one part of my identity for the sake of another, that these two things can and do exist simultaneously, within me.

Sharon Lynn Pruitt is a writer born and bred in the most boring part of the Midwest. She can be found talking about things like respectability politics and Harry Potter on her blog, The Black Feminist Geek, or on Twitter (@SLPruitt), trying to make her fangirling fit into 140 characters.