The final season of Gotham is coming out and the show has released some behind the scene photos of actor Shane West as Bane and the reaction of most people is how bad the costume looks and while that is true, my first thought was “Why is Bane white again?”

[Editor note: We got this comment from Graham Nolan one of the co-creators of Bane]

In Bane’s original backstory, his father was King Snake, a British revolutionary, and his mother was a nameless woman from the fictional island of Santa Prisca. Santa Prisca is supposed to be a South American island based in Spanish colonialism and the introduction of African slaves. As Bane’s mother was a local there, it can be read that she was Latina. Bane was born and raised in Santa Prisca, where he spent most of his life in prison carrying his shank in a teddy bear named Osito. He then honed his skills as a fighter, as well as his genius. His brute strength and extreme intellect are why he is able to not just outsmart Batman, but then later break his back.

According to Entertainment Weekly, this version of Bane is named Eduardo Dorrance, a former Army friend of Jim Gordon’s, who will gradually mold into the supervillain of Bane. From his first name, Eduardo, it seems they are going to keep some element of Bane’s Latinx heritage, Edmund Dorrance being the name of King Shark, but Shane West himself is not Latinx ,and considering that Bane is brown and wears a Lucha Libre-inspired mask, why do we keep casting white dudes for his live-action performances?

And I specify live action because, in the many Batman animated shows, Bane is very much coded as Latino, and often with an accent. In live-action adaptations, we’ve gotten all white actors to play the character. In Batman and Robin, there was the late WCW wrestler Robert “Jeep” Swenson, and in The Dark Knight Rises, it was Tom Hardy—following in the footsteps of casting Liam Neeson as Ra’s al Ghul.

What’s frustrating about this change is that DC is clearly aware that Bane is not a white man and has no problem—in animation, at least—putting him in the mask, slapping an accent on him, and making him fully dehumanized for the sake of his brute force. Yet, in these live-action narratives, where he could have complexities and nuance, for some reason, he’s always cast a white actor.

Now, I know the perfect actor for this role, Eddie Guerrero, has left this Earth, but could they think of no Latino actors who could be up for the performance of Bane? It’s not like Shane West, at least not in the images we’ve seen, has really bulked up any huge way. 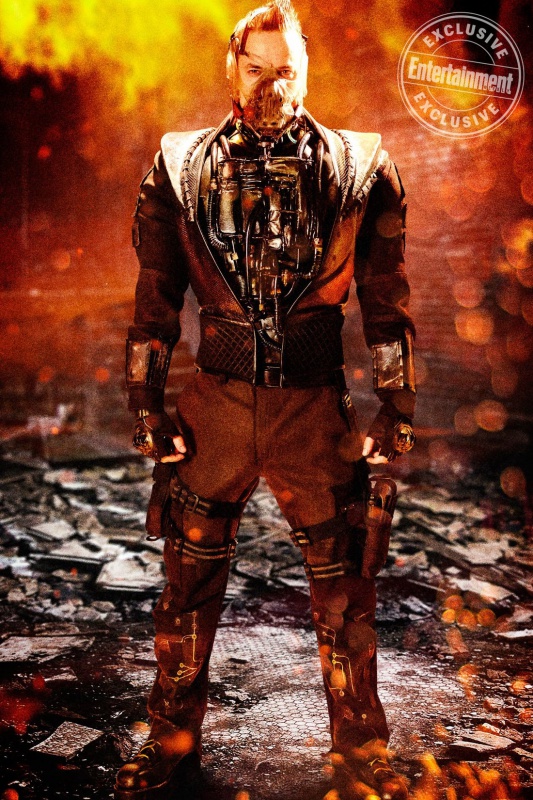 When we talk about representation, that includes also being able to play really good bad guys. Bane is one of the most iconic, intelligent villains in Batman’s rogues’ gallery, and it sucks that when he is brought to the main stage, a Latino actor isn’t given the chance to play that role. Also yes, I know there are white Latinx people, and that Bane has a white father, but he is still a brown-skinned man and, again, DC has no problem making him brown in animation.