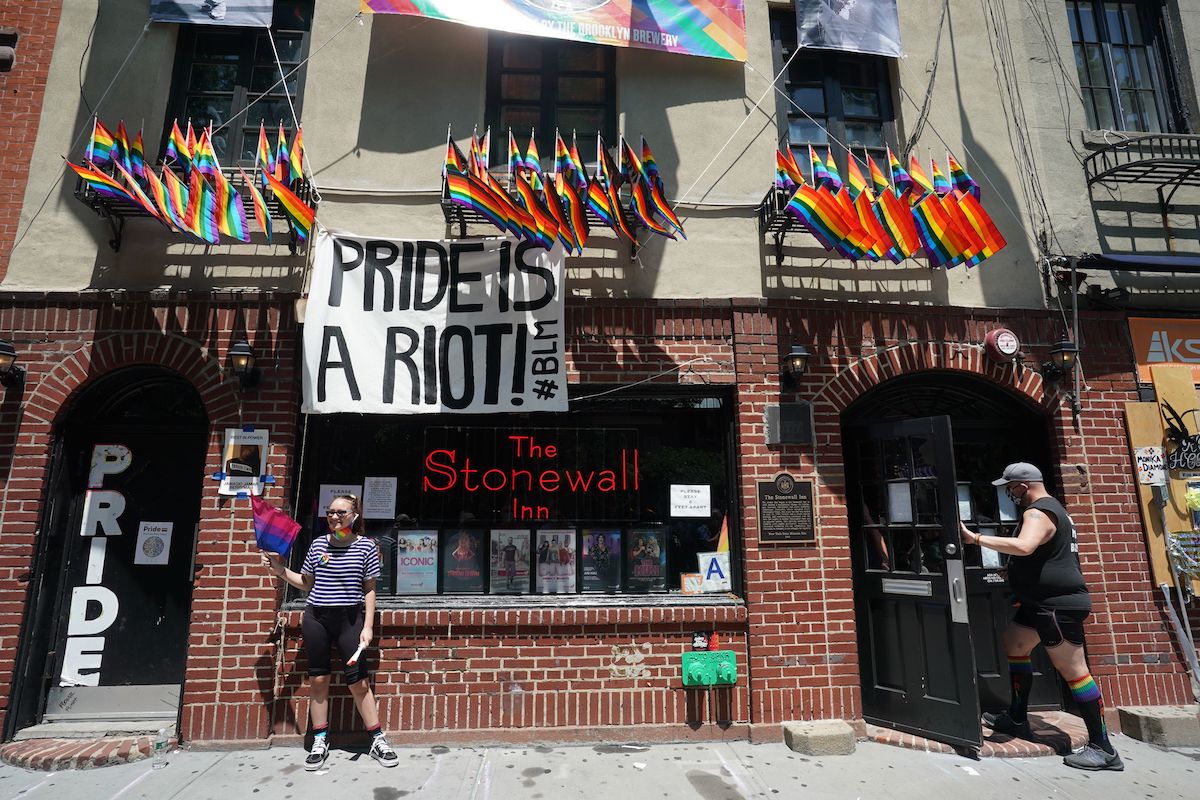 The Stonewall Inn is calling out Anheuser-Busch for its pathetically transparent attempts to cash in on those sweet, sweet Pride dollars while simultaneously actively engaging in anti-LGBTQIA efforts. The company is best known for making Budweiser beers, but its products also include Stella Artois, Michelob Ultra, Shock Top, and more. And this Pride weekend, those beers will be banned at Stonewall, the historic and iconic epicenter of Pride itself.

According to data shared by Stonewall, Anheuser-Busch has donated more than $35,000 to anti-LGBTQIA politicians since 2015. Those include Tennessee’s Rep. Susan Lynn, who has called “transgenderism” a “mental disorder” and sponsored a bathroom bill targeting trans youth, Florida’s Cord Byrd, who voted to allow businesses to discriminate against queer employees as well as voting to ban transgender girls and women from playing on women’s sports teams, and William Lamberth (TN), who supported banning transgender people from the bathrooms that correspond with their gender identity, framing it as an issue of “indecent exposure” and to protect against acts of sex in public bathrooms, just to name a few truly despicable examples.

Excited to reveal we are now proud sponsors of Pride in London! We are working closely with them and our charity partners to celebrate the diversity within the LGBT+ community and Fly the Flag for everyone at the #PrideJubilee

A taste of what’s to come… pic.twitter.com/g1FYlXqJJk

“You can’t turn your logo rainbow on social media, call yourself an ally, and then turn around and make donations that fuel hate. There are really no excuses, and companies like Anheuser-Busch need to own up to what they’ve done,” a statement from Stonewall Inn co-owner Stacy Lentz reads.

A giant corporation does not get a single ally point for making a cute ad about gay marriage if they are turning right around and donating to politicians working as hard as they can to keep gay and queer people from being able to actually get married, not to mention the plethora of other rights that corporate money is going to stripping from LGBTQIA people.

(via The Hill, image: BRYAN R. SMITH/AFP via Getty Images)
Want more stories like this? Become a subscriber and support the site!