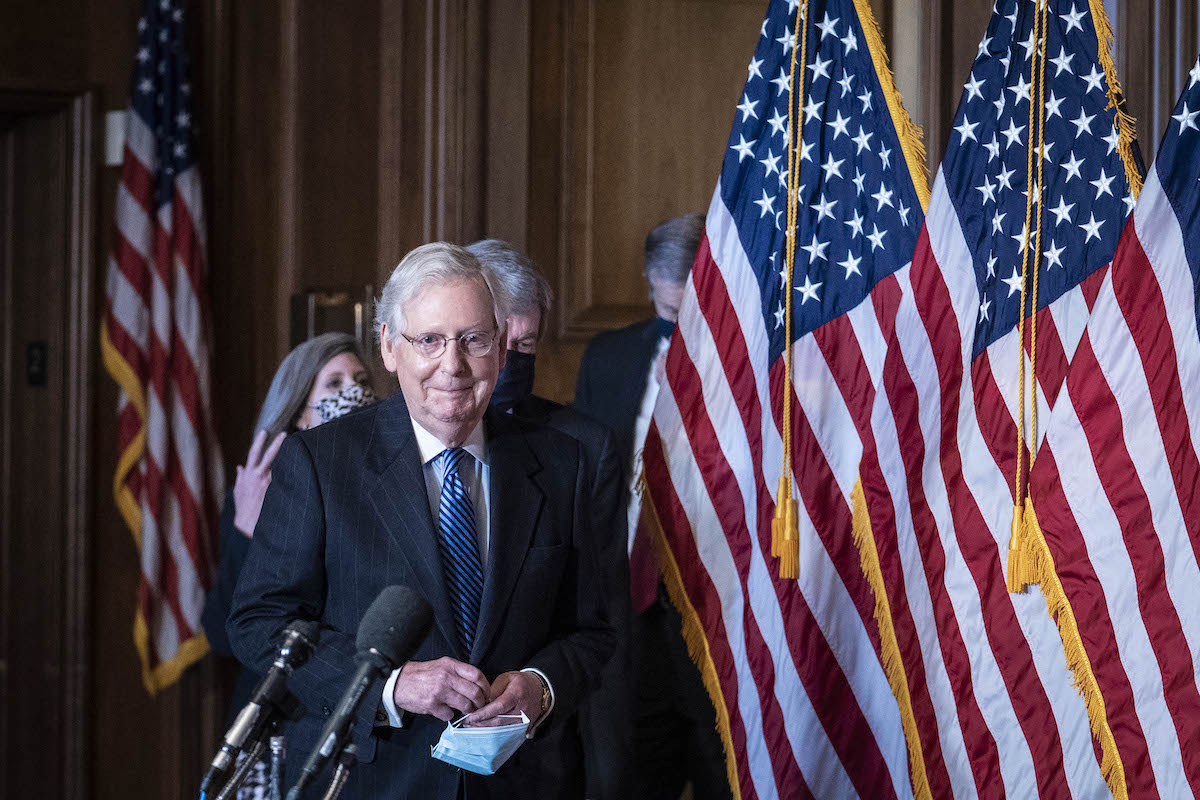 Congress is on the verge of passing another long-overdue stimulus bill. The package is part of a much larger government funding bill so there’s a lot to work through before the midnight deadline hits tonight but the current draft does include those one-time direct payments of a whopping $600 for most adult Americans making under $100k a year.

Making that insultingly low amount even worse is the news that Republicans in Congress fought to include a tax break in the bill for corporate meals—often referred to as the “three-martini lunch,” evoking the image of the stereotypical boozy, fat-cat, high-powered boys’ club long lunch. The kind of lunch that can easily cost as much as that $600 direct payment the rest of us are supposed to settle for.

Donald Trump has reportedly been pushing for this tax break for months as a way to revitalize the restaurant industry. He thinks bringing back big corporate lunches will make restaurants “hotter than before.”

“But critics said it would do little to help struggling restaurants and would largely benefit business executives who do not urgently need help at this time,” writes the Washington Post. “Some Democrats recoiled at the proposal, though it has also been denounced as ineffective by conservative tax experts as well.”

So why did Democrats agree to include the tax cut? According to the Post, they traded it for tax credits for low-income families.

People are understandably furious. #LetThemEatCake has been trending on Twitter Monday morning in reference to all the congressional Marie Antoinettes who seem to think it’s practical to ask people to subsist on $600 during a pandemic.

After 8 months of obstruction Senator Perdue and Senate Republicans insisted on cutting direct relief checks for Georgia families in half.

$600 won’t cover the rent or the bills that have piled up over their months of inaction.

I don’t understand. $ 600 is it?? In New Zealand we got $600 every week for months until we were all back at work. Our little country can do it and the wealthiest country in the world can’t?? WTAF