Steven Universe Recap: Made of Honor | The Mary Sue

Steven Universe Recap: Made of Honor 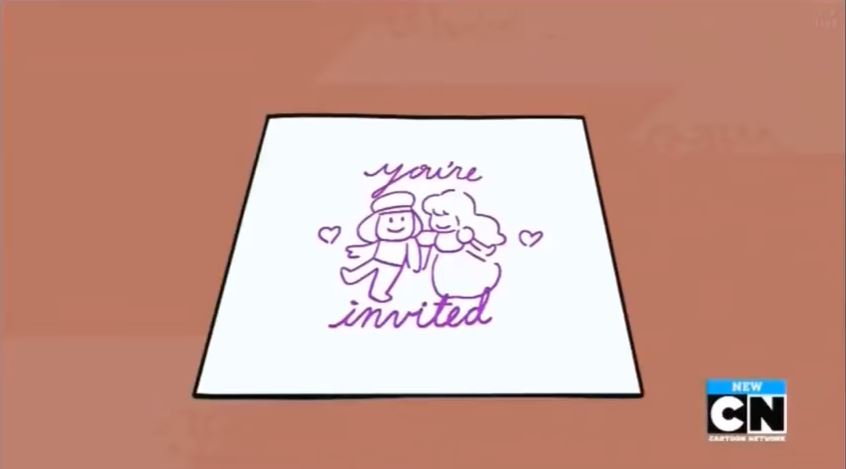 The Recap:  Wedding planning is underway, and Steven decides that Bismuth should be invited too. While initially worried the others will reject her because of her fight with Steven in her previous appearance, the gems all quickly welcome her back into the fold.

Of all the gems I thought we’d see back for this episode, Bismuth is not one I was expecting. Her introductory episode faced probably the fiercest critique of any episode in the show’s history as fans and critics unpacked and examined the show’s racial coding. Many were understandably left upset by how her last appearance ended, and I have to admit it—I am not qualified to take on the enormity of those very valid feelings of betrayal and disappointment. I want to do right by you folks, and I apologize if I fall short.

But as someone who liked Bismuth and felt her episode had more to say than it had room and nuance to do so, it’s a relief to see her brought back for such a joyous reunion. If I’m honest, part of me expected the writers not to bring her back at all because that would risk failing again, or to bring her back only to double down on being awful (it’s possible I’ve seen a few too many Adult Swim shows). But this feels like a sincere attempt to do right by Bismuth’s character, even if it’s once again skating by on the details in favor of the emotions.

Uzo Aduba sounds tired in this episode, in a good way. Even when Bismuth initially reforms and is angrily trying to free her trapped comrades, there’s a mournfulness to her voice. The weight of everything she’s seen and fought for is palpable. And once she’s heard the entire story from Steven, there’s resignation there too. Even the color palette surrounding her old spaces feels darkened and drab, large but rendered lonely by how washed-out they render her appearance.

She comes across as an intensely community-focused gem who’s lost almost all of her community irretrievably, and is mourning that even while the plot is moving merrily on its way. That’s a lot to pack into a performance that’s had a collective ten minutes of screentime. Which is good, because a lot of Bismuth’s processing of the Pink Diamond thing is left to the performance rather than the more spelled-out statements of purpose given to the other Crystal Gems.

Of course, the fact that this is a feelgood build-up to the wedding means that the show can neatly sidestep the possibility of the diamonds returning to Earth and how Bismuth feels about that, a central part of what made her last episode so thorny.

Amethyst’s episode about moving forward and leaving the past behind, at least, sets a precedent for future planning sessions. Not “what would Rose have wanted,” but “what do we as a group want to decide on together.” Even with the odd insistence of naming Steven the explicit leader, the emotional arc of the series is moving toward a group-based decision-making process. It kind of has to, because otherwise it’s just recreating Rose’s dynamic but with a yet-uncorrupted version of her.

And yeah, the big group hug is just downright heart-melting. Nothing Bismuth has done is worse than any of our other heroes, and the fact that they all love her so much when she was so worried about being rejected and abandoned, I just—

Yeah, these episodes are very much running on the train of emotional logic. But it’s well-done heartstring-tugging that doesn’t feel cheap, even here. We know that Bismuth is hard on herself, and we know how much the gems adored her before. So yeah, I’m gonna take this nice finale and run with it.

Next time is the finale, which is actually a double-length episode. There’s a lot of room for things to go wrong in 22 minutes…

(Oh, if you’re wondering what happened to the recap of “The Question,” apparently it got posted out of order yesterday so—here’s a link.)