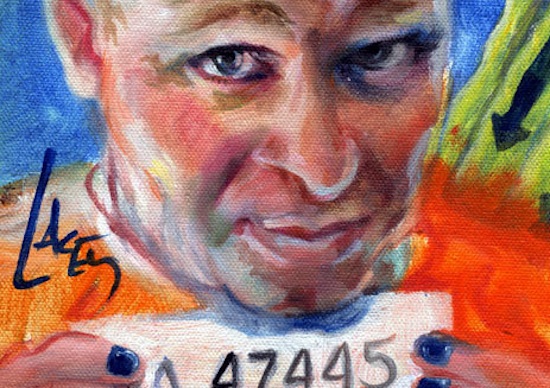 Since yesterday evening, the visual of flight attendant and now working-class hero Steven Slater dual-wielding beers on his glorious slide out of a JetBlue plane has joined the hallowed roster of martyrs who were mad as hell and not gonna take it anymore.

It certainly struck a chord with the Internet. Within hours, the web had rallied around Slater’s incredible story, impressed by his just-don’t-give-a-f–k antics, after slogging year after year (for a total of 20) through the rudeness and abuse of customers. Working stiffs around the world are now wishing they had the insane courage to do the same. In Slater’s honor, we’ve gathered some of the shows of appreciation that have welled forth from the Internet below:

2. Save Steven Slater, with Art (via)

Painter-of-pancakes-on-heads Dan Lacey is auctioning off this 6″-by-9″ painting of Slater with a JetBlue badge on his head to help pay for Slater’s legal defense. 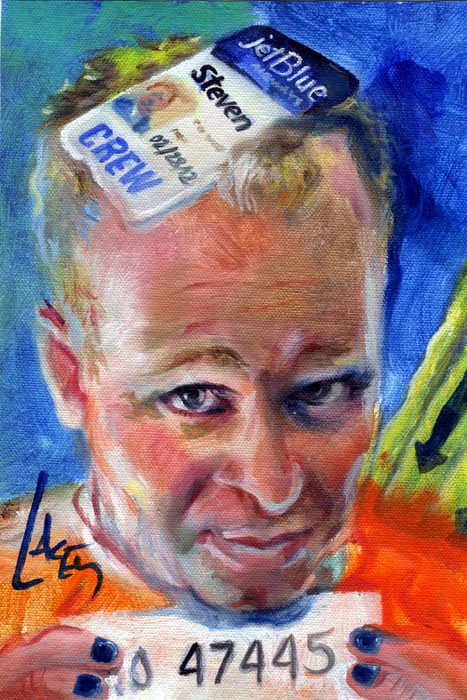 There are a lot of these. AllFacebook: “His Facebook page has 19,769 fans at the time of publication, with thousands more following various support pages such as Free Steven Slater, the Steven Slater Tribute Page, the I Support Steven Slater page and I Hate the Motherfucker Who Called Steven Slater a Motherf***er page.” The biggest, however, seems to simply be called “Steven Slater,” which has close to 45,000 fans as of posting. 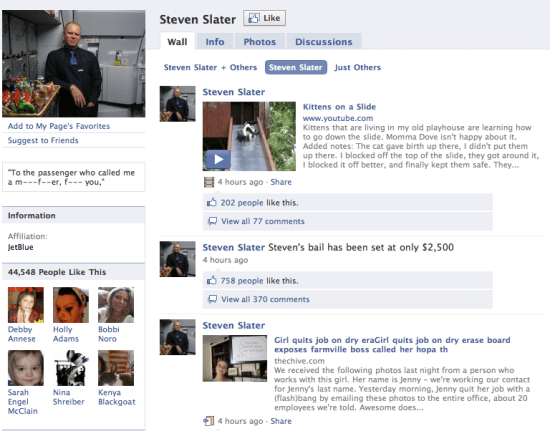 It’s not 100% clear this is legit; however, a slickly designed site called freestevenslater.com says it aims to gather funds to pay for Slater’s legal defense, and is, in any event, a hub for Slater-related news and tweets. 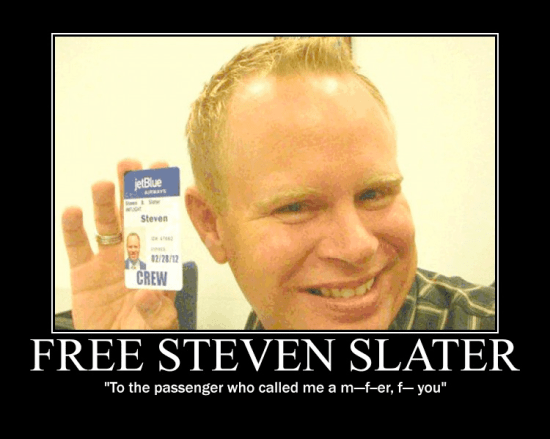 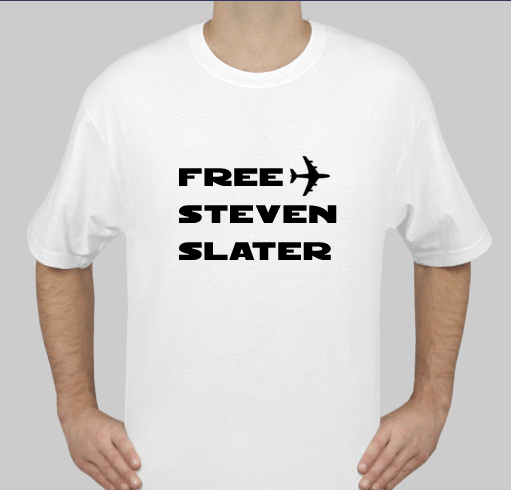 We also quite like this design, but it doesn’t appear to be for sale. 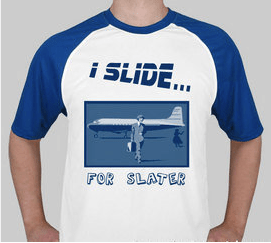 We threw this in our Geekolinks earlier, but it bears another look: What’s an escape slide without a few beers? 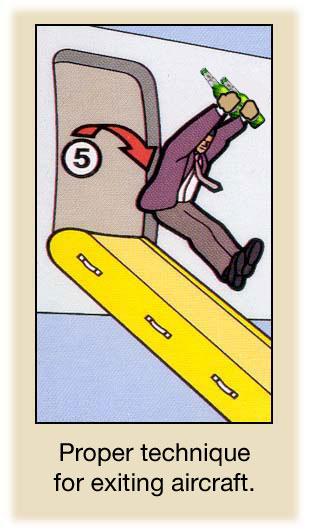 7. “The Ballad of Steven Slater”

Our favorite. MetaFilter users Astro Zombie (words) and cortex (arrangement) collaborated on this balladic celebration, which manages to rhyme “Slater” with “debate her,” “inflater,” and (most impressively) “circumnavigator.” Excerpt:

Some will say he made a scene
Or it was a crime
But Steven he had had enough
And if he has to, he’ll do time
Perhaps it’s great to keep your cool
But sometimes it is greater
To bid one final fuck you too
As did Steven Slater

You can listen to the song here.

We looked everywhere for something like this to no avail, and were forced to make our own. Step it up, Internet! 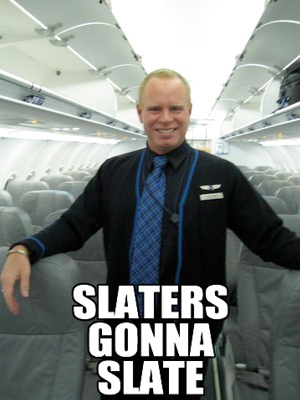