It’s Time to Admit That Steve Urkel Was a Creep 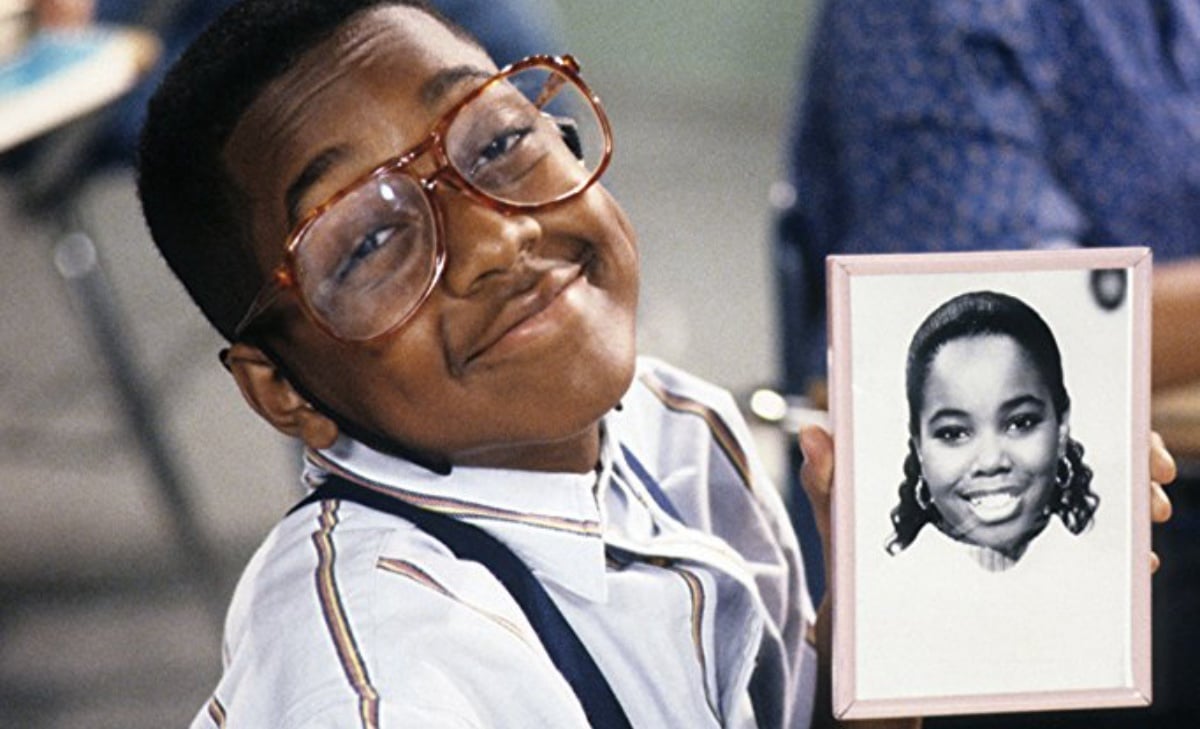 When I was sixteen years old, and still had a television, I remember flipping through the channels one Saturday afternoon and coming across Family Matters. It had been a minute since I watched the show so I decided “ah black nostalgia, embrace me please.” However, as I kept watching I found myself cringing over and over again. Not only was the show not as funny as I remembered, but (clutches black card close) Steve Urkel was really, really creepy.

At that age, I didn’t quite have the language for it, but now as an adult, I recognize that Urkel’s behavior in that show is the same “geek misogyny” that Pop Culture Detective talks about in his video about the Big Bang Theory. Urkel’s entitlement to Laura Winslow through the series is played for laughs, but in retrospect, it is a reminder of how differently we have come in what we recognize as harassment. One of our commenters, Alias Jones, brought this up in the comments of the most recent Aziz Ansari story and it just jumpstarted my desire to talk about it so thanks Alias Jones.

Steve has apparently been “in love with Laura” since kindergarten. Now how much personality a person can have in kindergarten to inspire a lifetime of one-sided devotion is beyond me, but hey, maybe I’m just not a romantic. Throughout the series, Steve tries to wear Laura down into pursuing a romantic relationship with him and this starts when they are both really young.

In one episode (featured in the clip above), the two are forced to pretend to be a married couple and Steve keeps trying to pressure Laura for a kiss. When Laura breaks down and snaps at him, she is framed as the bad guy because of poor, sad Urkel as his love for Laura. Instead of poor Laura who has had to deal with this behavior since kindergarten.

Why is Laura framed as the bad person for turning down an $800 ring that Steve got for her out of some idea that if he played husband it would lead to something romantic? In that way, he often escalates things to a degree that would be frightening. The soft music and the monologue about how loving Laura is like wanting to touch a star is portrayed as a teen romance, but it’s disturbing because Laura says no. She says no for several seasons.

Yet, in the end, they end up engaged anyway because all that time they treat Steve’s actions as humorous expressions of love and Laura’s discomfort as meanness. I mean he scientifically creates a cool alter ego just to impress her (we will get to Stefan soon), but everyone is just cool with that.

In season four, Steve gets a love interest in the form of Myra Monkhouse, an intellectual, nerdy girl who likes Steve as his nerdy self. However, Steve eventually gets tired of Myra because she is, get this, too possessive of Steve.  That’s right, Myra is too possessive. Not Steve, the dude who has been stalking the same girl since he was kindergarten and literally created a machine to make himself hot for her. Nope. Myra is the “sick puppy.”

What’s even more jarring is that Myra’s attraction to Steve as he is is treated like a character flaw. Now, don’t get me wrong, Myra is written to be slightly “manic” which is a problem in it of itself, but all of her insecurities about Steve and Laura are dismissed, despite the fact that Steve (a) does have feelings for Laura and (b) is absolutely stringing Myra along until he can be with Laura.

This is the problem with these narratives about nerds wanting to get with the “cool girl.” Laura makes it clear for literally decades that she doesn’t want to be with Steve because she’s not interested. So he goes out of his way to “break her down.” Yet there is a woman who is just as attractive and interesting as Laura who does want to be with him and Steve runs away from her for basically doing to him what he does to Laura. It’s a hypocrisy played against Myra that seeks to only make her look like an unstable substitute for Laura.

Myra’s rightfully problematic behavior is addressed and pointed out, but Steve is allowed to just carry on as is. Both are wrong, but one is played or laughs and the other is the protagonist of the show.

So the argument that is often made is that if these “dorky guys” who make unwanted sexual or romantic advances were hot then women wouldn’t care. Well, Stefan Urquelle plays right into that.

Stefan is a very 90s interpretation of what a cool black man looks like, with a heavy dose of self-centeredness that turns Laura off. Thankfully, the show does give Laura depth and while she is attracted to Stefan, she ultimately doesn’t like the way he acts. However, once Steve “perfects” the formula, he is able to transform into a less douche version of Stefan at will who Laura eventually falls in love with.

What is so frustrating about revisiting these aspects of Family Matters is that it just sends a very disturbing message of what love should be. I mean why does Steven even like Laura? She’s beautiful, but what else is there? What do they have in common? It just seems like Laura eventually falls in love with Steve’s devotion to her rather anything of substance. Plus, why would Steve want to be with someone who he had to wear down for decades and had to fundamentally change himself for?

Well, it’s because Laura is a prize for Steve and winning her in some capacity is the goal.

Family Matters is by no means the only show to do this, nor will it be the last–the forlorn male geek trying to win the love of a cute girl is sadly a staple of our romantic drama at this point. But if you go back and watch the show, you’ll see that Steve Urkel’s behavior isn’t just disturbing because it is so intense, but because of how it was so accepted.

Just some food for thought … I’m still gonna sing the theme song. It’s a rare condition, this day and age …

(via The Comments, image: ABC)