Guttenberg Talks 'Good Boy, Home for the Holidays', and His Craft | The Mary Sue

Interview: Steve Guttenberg on Into the Dark’s “Good Boy,” Home for the Holidays, and His Craft 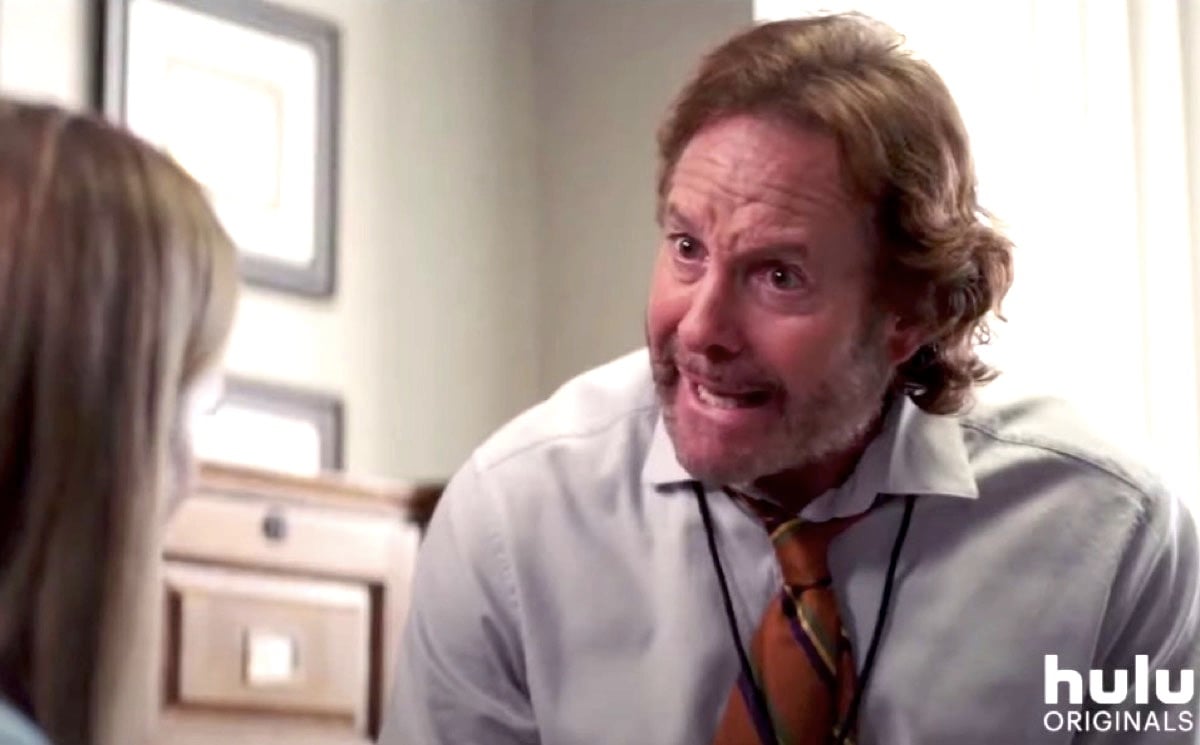 Growing up with older brothers meant that I was personally subjected to a lot of movies from the ’70s and ’80s to fall in love with. In many of those films was Steve Guttenberg. I would eventually find my own Guttenberg comfort movie in Home for the Holidays, but the point is that Steve Guttenberg has a legacy that is impactful, fun, and leaves many of his fans with different movies to talk about.

The Police Academy and Short Circuit star talked with me about his upcoming project: “Good Boy,” an entry in Hulu’s Into the Dark anthology series of feature-length horror stories. In this installment, Guttenberg plays an editor for a local paper that is going digita,l and the excitement for it came from Jason Blum asking and working with Judy Greer!

The Mary Sue: I really enjoyed “Good Boy” because I thought it was a fun take on the series. I enjoyed that it was a bit more fun, and I really liked your character, as a writer myself. So, I wanted to know what kind of drew you into the Into the Dark series in the first place and, in particular, this character?

Steve Guttenberg: Well, Jason Blum’s office called us and asked if I was interested in doing one of his episodes, and I read it and I thought that Aaron and Will Eisenberg did a good job making a derivative idea into something different. And I liked Tragedy Girls and Patchwork from Tyler MacIntyre, and I was really excited about working with a talented actress like Judy Greer, so I accepted the part.

TMS: And yeah, you’ve been having a really fun kind of (well I guess with my family) resurgence, but we watch Holey Moley, so I also love that this movie, in particular, is more of like a character that is new and refreshing versus the exaggeration of yourself that you’re playing on Holey Moley as the diving judge, and so, is that fun to kind of have this new wave of fans recognize your work?

Guttenberg: You know I don’t notice any of that. You know, my job is to be creative every day. So I take classes every day: dance, theatre, movement, stage fighting … whether it’s a mask class, singing, or dancing and so my day, since I was twelve years old, has been being creative ten hours a day. An actor can only do what he’s offered, and I just look at it as doing my work.

With Holey Moley, I wanted to create an angry character. I’m not playing myself at all. I’m playing this sort of pompous actor who has a real anger in him for this diver, Joey, which is ridiculous and that’s what makes it funny, and then to play Don, which is a supporting role … the idea of a supporting role is to make the lead look good. That’s your only job. If you make the lead look good, then you’ve done a good job being a supporting character. If you’re going to play Polonius, you have to make everybody else look good—same thing with playing Guildenstern. You have to make Hamlet look good. So, my job was to make Judy look good.

TMS: And you do a great job with it.

Guttenberg: Thank you I appreciate it.

TMS: That’s really interesting because I ask that question a lot and normally they’re like “I hope it does this and this” maybe that’s why … because like, I was tweeting about getting to talk to you today and was saying how I have to find some way of bringing up Home for the Holiday because that’s my favorite comfort movie and I think now that maybe that’s why your movies feel that way to people? Because it’s not so much a “I love every single thing Steve Guttenberg has ever done” but it’s, instead, that every character you bring to life has this earnest nature to them.

Guttenberg: Well, I want to bring the truth into everything I do, and that’s why we admire actors, because they’re truthful. And that degree of actors are truthful and through that earnestness, I believe that I serve the play and lots of good things can come from that. It’s all about creating a part of the painting that the director and producer envisioned. And if you can make it better, then that’s great, but I don’t focus at all on the result. I don’t read reviews. I’m just doing my job, and I do my job the best I can.

Guttenberg: Yeah, nothing is stronger than an idea whose time has come. And before its time has come, everybody is against it. If you notice, three years ago Colin Kaepernick went on one knee and was basically fired for it. And now the NFL is walking that back and saying, “Maybe we made a mistake.” The same as with all the other companies. So, it’s about when an idea’s time has come. So, if you believe in your art, or your cause, considering what other people think is ridiculous. You have to notice the world you live in, but it doesn’t matter what anybody thinks because they spend about two seconds on what you’re doing and then they move on, but you’re spending a lifetime on your cause.

TMS: That’s fascinating because, like you said, it’s one moment and then it’s gone, and so much of people’s outrage or commentary on art and movies is for a moment, and then it passes, but it’s the movies that certain people cling to that have this power. And with actors like yourself, it’s really fascinating to me because, like I said earlier, you have so many movies that have that resonance and so much of it is because of your approach to acting and your telling of these stories.

Guttenberg: Yeah, you know, of course, you have to be lucky enough to have paints that are beautiful and a canvas that is beautiful and something to paint that is beautiful, and I think that the artist has a signature and that’s what creates an icon. It’s the expectation and fulfillment of what that artist brings.

TMS: As kind of a final thought (I’m very excited for people to watch this), what do you hope to do next when everything calms down and what stories do you want to bring your truth to in the future?

Guttenberg: Oh, I don’t know. I really don’t know. I’m writing a play right now for New York, and hopefully, that gets done. But creatively, I just do the same thing every day. Serve my family and my friends, I take classes and improve my art and my instrument, and enjoy a great quality of life.

“Good Boy” is out now, and if you like comedy, this is a fun foray into the comedic horror genre with great performances and a fun twisting narrative that keeps you on the edge of your seat throughout the entire thing! Definitely check it out, and I, personally, can’t wait for more Guttenberg on Holey Moley or to see that play he’s working on!