"We used to run around and hang out with Blue..." 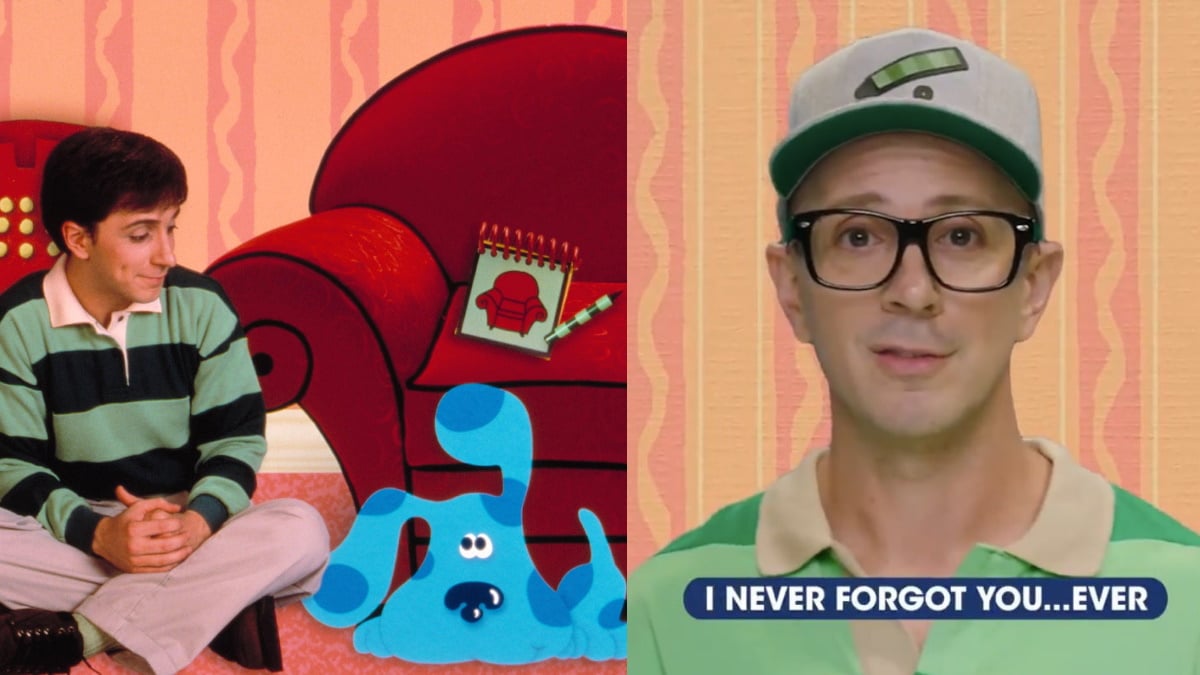 Blues Clues came out when I was a teenager, but it always brought a smile to my face because it reminded me of the children’s programming I grew up watching (it was typically a beautiful day in my neighborhood while I asked how to get to Sesame Street via the Reading Rainbow). The show first premiered on Nick Jr. on September 8, 1996, making it 25 years old today.

Since I was older when Blues Clues started airing (I was 13) it was a chance to see, and understand, the effect this kind of “the host is an absolute cinnamon roll” programming had on young audiences. It’s not like I could fully explain why I was so enamored with Mister Rogers when I was an itty bitty Bri, but as a teenager watching young cousins and nephews get excited about a blue pup, I realized that shows like this really do feel like you’re hanging out with a friend who’s making education and kindness toward others fun.

It was also a chance for me to introduce that kind of programming to a younger generation.

Like most programs geared at a young audience, there are lessons that folks of any age can appreciate, that, and sometimes you really need a dose of something wholesome to brighten your day.

Boy, did we get that dose of wholesome yesterday when the Nick Jr. Twitter account released this video:

So about that time Steve went off to college… #BluesClues25 pic.twitter.com/O8NOM2eRjy

Steve Burns, the original host of Blues Clues, left the show in 2002. By then I was in college, which is ironic since in the video he says he went off to college, too. “One day I was like, ‘Oh hey, guess what, big news… I’m leaving. This is my brother Joe, he’s your new best friend,’ and then I got on a bus and I left, and we didn’t see each other for like a really long time.”

How it started: How it’s going: pic.twitter.com/fE4C746ktC

I imagine this was pretty devastating news for a young audience to hear. It’s honestly not something I’ve personally experienced with my children’s programming since I’d typically grow older and move away from it. Mr. Rogers, LeVar Burton, and Big Bird were still there when I stopped watching, but Steve was gone after 6 years.

I didn’t even know I needed Blues Clues closure until now. https://t.co/UJGnnto11i

That being said, I adore the tone of Steve’s video as he asks if he can talk about his departure with the audience. It immediately feels like an old friend has returned after a long period of time who knows that maybe them leaving hurt, so they’re asking for your time, and speaking gently throughout the entire conversation.

Then comes the part where Steve is in awe over everything that you’ve accomplished after so many years and how he knows some of it has been hard and, well, that was it for me. Because even if I wasn’t a kid watching the show, I was someone turning it on for younger kids and listening to how excited they were to learn something new from Steve and Blue. In a way, I’d taken the role my parents and older brother had with my younger self, so it felt really good to have Steve say that we impacted his life as much as he impacted ours.

And when I say the entire Internet shared that joy, I mean it. In a time where things feel so heavy, seeing such a pure video hit over a million likes in a day is refreshing.