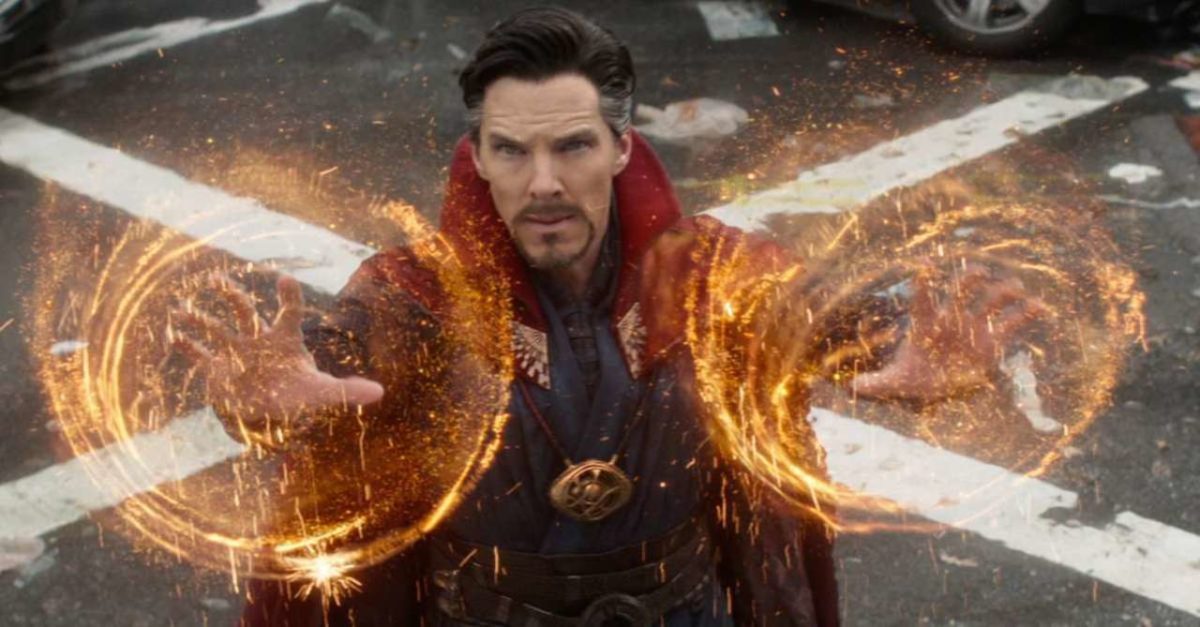 I hate Stephen Strange more than anything in this world. I did before Marvel’s Avengers: Endgame and I definitely do now that the movie has come and gone. He’s the worst and continued to be the worst, and now, it seems as if everyone wants to blame him for someone’s death (as they should).

A new theory has surfaced that involves Wanda Maximoff blaming Strange for Vision’s death in Infinity War, which would become a major plot point when she’s onscreen with the Sorcerer Supreme again in Doctor Strange in the Multiverse of Madness, and … first off, a couple of things:

1. There’s no way he could have saved Vision when they were on the run, and then in Wakanda, while he was in space.

2. There are a lot of other things we should blame Stephen Strange for.

Mainly, the deaths of Natasha Romanoff and Tony Stark, but also, with those fun portal things, why didn’t he just transport all the Avengers in space back to Earth so then all the Avengers could have fought Thanos in Wakanda together? Or, better yet, why not, I don’t know, go give Wanda Maximoff the Time Stone and have her destroy it? Ever think of that, you moron? No? Probably because your head was too far up your own ass to think logically.

The reason I hate Stephen Strange is the same reason why many hated Tony Stark to begin with. He’s an arrogant asshole. The difference is that Tony Stark has a heart, and Stephen Strange likes to text and drive and then cry about it.

Stephen Strange sat and looked at every potential future, knew that Natasha Romanoff would sacrifice herself for the Soul Stone and knew that Tony Stark would snap his fingers and die and leave Pepper Potts and Morgan Stark behind, and said nothing.

Do we think that the only one in which Strange saw them winning was the one where Tony died because it was the only one that a man won in? Because look, Carol Danvers could have snapped her fingers with the gauntlet and been fine. Wanda Maximoff could have destroyed the Time Stone right after he watched that future because then Thanos couldn’t turn back time and take the Mind Stone from Vision as he did.

So maybe that’s why Wanda blames him, because she knows if he wasn’t so hot and bothered about his own bloody stone, she could have destroyed that stone instead, and then Vision would be alive. But also, someone should point out that he doesn’t get to cry at Tony Stark’s funeral. He doesn’t get to look at Natasha Romanoff and think of a fallen comrade.

What Stephen Strange gets to do is go hole himself away down in Soho and play with his fancy cape since the TIME STONE GOT DESTROYED ANYWAY AND WE COULD HAVE AVOIDED THIS ENTIRE MESS IF HE JUST LET WANDA DESTROY THE BLOODY STONE IN THE FIRST PLACE!!!!

F**k Stephen Strange, thank you very much. Like, look at this asshole.