Everyone Is Way Too Surprised That Stephen Miller Has a Girlfriend

Women can be white supremacists too! 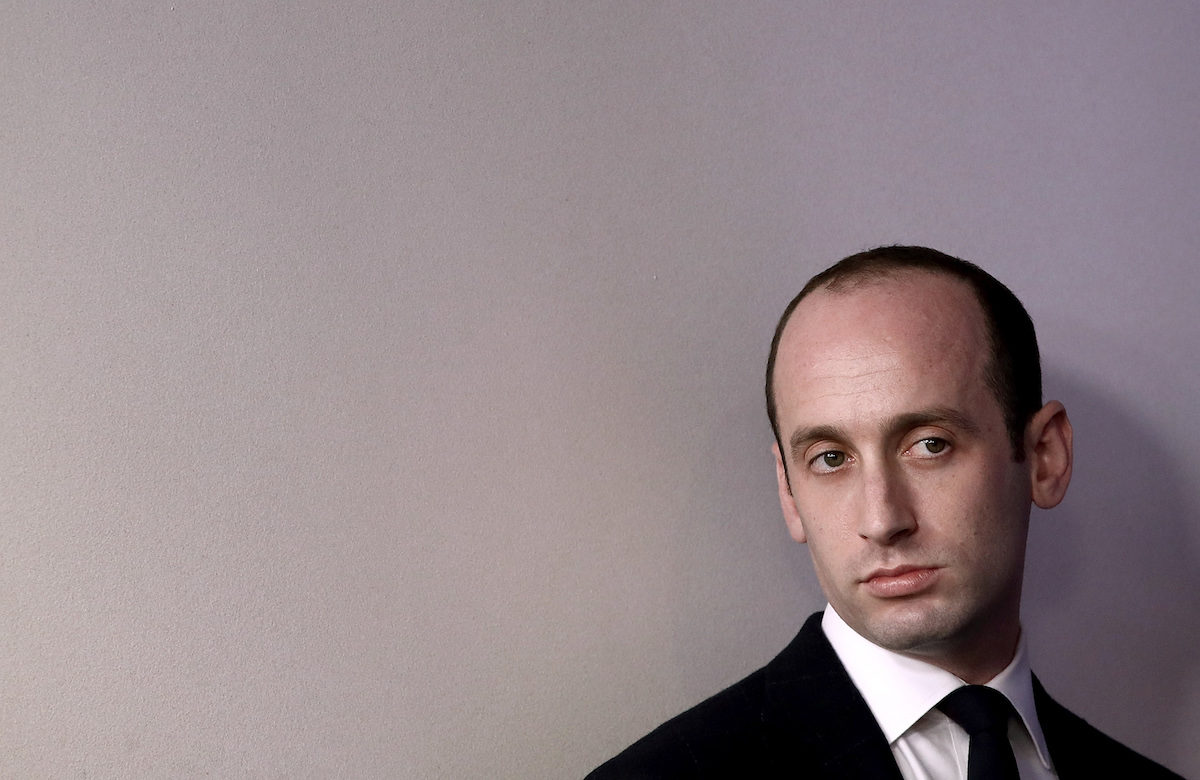 Earlier today, NBC News reported that Mike Pence has a new press secretary: 27-year-old Katie Waldman. But the part of the story that has garnered the most attention is the buried lede that she is also reportedly dating Donald Trump’s Director of Racism, Stephen Miller.

Pence has hired Katie Waldman, 27, to be his new press secretary, per NBC. She was a spokesperson for DHS under Nielsen, then comms director for Sen McSally. Also worth noting: Waldman is dating Stephen Miller https://t.co/ESjkw3fbyC

The entirety of Twitter proceeded to gag in unison at the thought of Stephen Miller having a romantic life. Yes, the man looks like Nosferatu filled his body with lizard blood. Yes, he uses spray-on hair during television appearances. But that’s not what’s causing this reaction—it’s the fact this repugnant twerp is responsible for orchestrating Trump’s white nationalist agenda. To think that someone this racist and smug has a dating life is just … icky.

Someone is dating Stephen Miller. Guess the Trump admin wasn’t bluffing when they said they were bringing back torture.

The bright side: The existence of Stephen Miller’s girlfriend disproves Ross Douthat‘s dumbfuck musings on how redistributing sex would help temper the rage of incels.

This is very mean-spirited, Charlotte. Everyone deserves love. And they’re not “dating.” She simply consents to Stephen regurgitating his mating-pouch and excreting 2 liters of soul ichor while screeching to completion within 10 feet of her. It’s called ROMANCE. https://t.co/K4t7RpYoaU

Of course, not everyone is surprised that such a gross man can find a woman willing or even eager to offer up her complicity.

It’s even less surprising when you read the actual NBC article and Waldman’s bio. As it turns out, for only being 27, she too has quite the racist resume.

Waldman is an aggressive and sometimes polarizing communicator but has proven to be a loyal advocate for the Trump administration and its policies.

During her nearly two-year stint at DHS, she was given the agency’s immigration portfolio and empowered to be the lead spokesperson. She consistently defended the administration’s policy of “zero tolerance” that led to the separation of thousands of children from their parents after crossing the southern border.

That’s right! Before she worked for Pence, she worked under Kristjen “Kids in Cages” Nielsen. I’m seeing a lot of people on Twitter making the assumption that Waldman is dating Miller only as a means of climbing the professional ladder. Which is super sexist. Women are perfectly capable of building their own racist careers based on their racist merits, without needing to use sex to make connections.

These two sound perfect for each other.

Stephen Miller and his girlfriend hope to one day settle down and deport a child together.