Stephen Hawking’s Voice Will Be Beamed Into Space, and Other Details from the Physicist’s Memorial Today 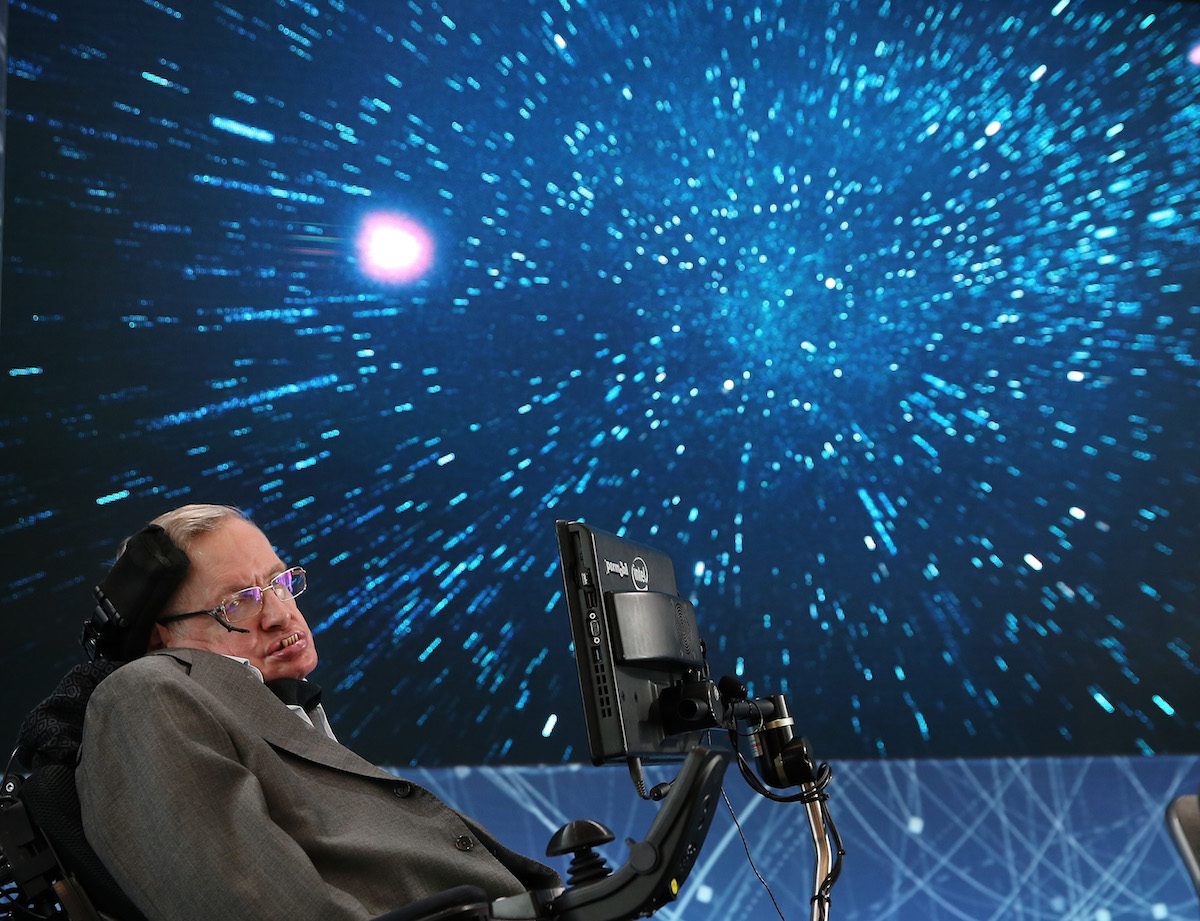 On March 14th, 2018, we grieved the loss of the inspiring, brilliant, and endlessly charming Stephen Hawking who passed away at 76 years old. Today at noon, Westminister Abbey is holding a Service of Thanksgiving for the physicist, whose ashes will be buried in Scientist’s Corner, between Isaac Newton and Charles Darwin.

This is the memorial stone which will be placed on top of #StephenHawking‘s grave. Incised in the stone is Hawking’s most famous equation describing the entropy of a black hole. pic.twitter.com/ClBhsXucVm

In a tribute that could not be more appropriate, an antenna in Spain will beam his voice around 3,500 light years into space towards the nearest known black hole (1A 0620-00) following the service. His voice will be set to a six-and-a-half minute piece of original music from Greek composer Vangelis. CNN reports that it is, according to senior adviser for science and exploration at the European Space Agency Mark McCaughrean, “pretty somber” and “about considering the Earth as a place people come form and need to look after.” He also calls it “a lovely, beautiful symbolic gesture.”

Stephen Hawking’s daughter, Lucy Hawking, calls it “a beautiful and symbolic gesture that creates a link between our father’s presence on this planet, his wish to go into space and his explorations of the universe in his mind”.