Well, this is disappointing. 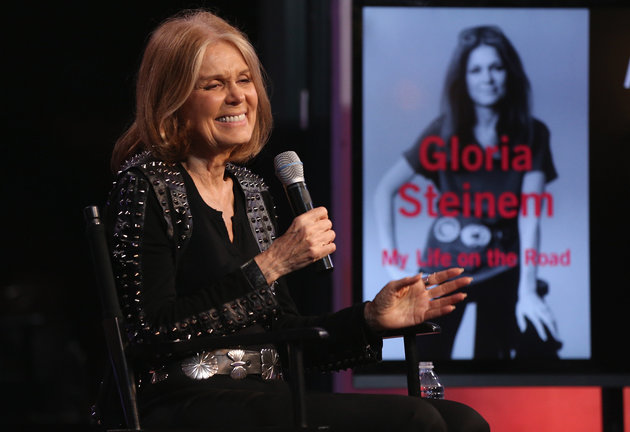 Apparently, if you’re a young female voter and you’re not backing Hillary Clinton, Madeleine Albright has a message for you. In her introduction for Clinton at a rally in New Hampshire yesterday, the former U.S. secretary of state expressed her view that female voters supporting anyone other than Clinton was… well, un-feminist.

“We can tell our story of how we climbed the ladder, and a lot of you younger women think it’s done. It’s not done. There’s a special place in hell for women who don’t help each other!”

Albright wasn’t the only representative of an older generation criticizing a younger generation of women for lending their support to a candidate other than Hillary. In an interview on Bill Maher’s show on Friday, Gloria Steinem claimed that many young women are choosing to back Bernie Sanders out of a desire to meet men: “When you’re young, you’re thinking, ‘Where are the boys? The boys are with Bernie.'”

Currently, Democratic and independent woman voters stand more in support of Sanders than Clinton according to a USA Today poll–50% for Sanders to Clinton’s 31%. But to me, what feels decisively un-feminist is this notion that younger women are incapable of making informed, smart decisions about when it comes to who they’re going to vote for in this election.

Framing a pro-Hillary argument as an ultimatum (i.e. “you’re not a feminist if you don’t vote for Hillary”) could very well do the opposite of what Albright and Steinem are trying to accomplish–electing the first female president. That’s certainly a dream many women have–but a lot of them continue to remain unsure about whether Hillary Clinton should be the one who’s first–and shaming them for their uncertainty is definitely not going to help in swaying the election in Clinton’s favor.

UPDATE: Steinem has posted the following comment to her Facebook page regarding the remarks made on Maher’s show:

In a case of talk-show Interruptus, I misspoke on the Bill Maher show recently, and apologize for what’s been…