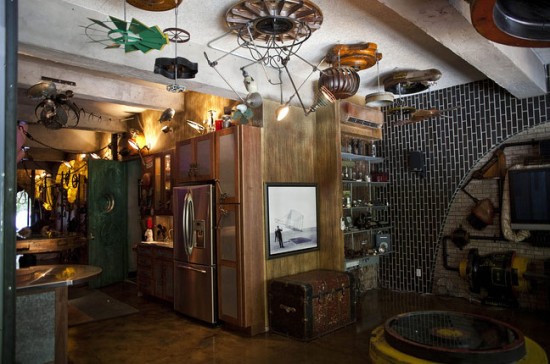 Have you always wanted to live in an alternate-world 1890? Well now you can, sort of, and it’ll only cost you $1.75 million dollars. Filmmaker Jeremy Noritz bought the Manhattan apartment for $1.3 million back in 2006 when, apparently, the apartment still looked like it belonged in 2006. The steampunk renovation has largely been Noritz’s “little” project. The extensive remodling he’s done includes a bedroom designed to look like an exploded blimp and bathrooms hidden behind walls of gears and cogs. It was a personal passion for Noritz, who did his interior design with real reclaimed material, not prefab steampunk toys.

The apartment has been put up for sale not because Noritz has tired of this particular setting and theme, but rather because his job requires him to travel a great deal and he’d like to have someone enjoying the apartment instead of having it sit all by its lonesome. Considering the place was $1.3 million back in 2006, the extravagant price probably doesn’t have that much to do with the steampunk decorations. If you don’t control for rising prices, the steampunk trappings only account for 25% of the new price. If you like the color brown, want to live in NYC, and have a couple million dollars burning a hole in your trust fund, why not? 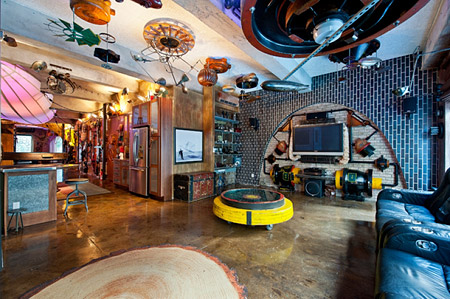 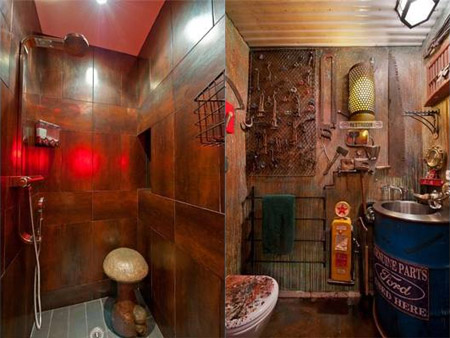 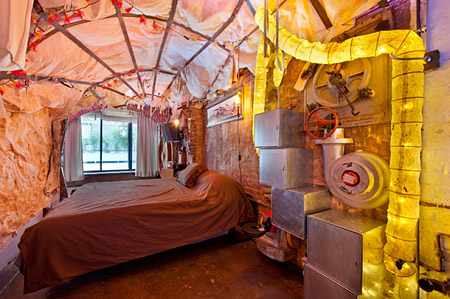