Finally, an affordable way to manage a simulated prison. 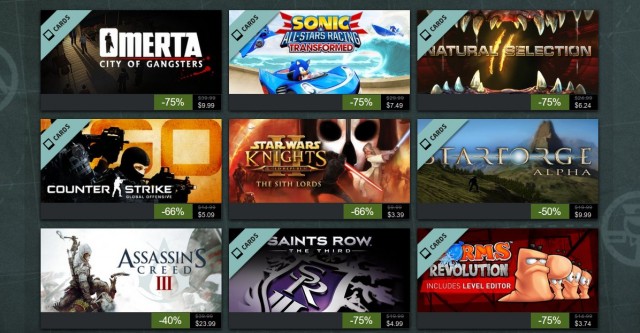 The gift that keeps on giving keeps it up with Day 10 of the Steam Summer Sale. Let’s take a look at what’s offered today and then collectively decide to stay indoors all summer playing games. Some titles are up to 75% off, and that even puts a few of them under $5. What were you going to do with $5? Buy a sandwich? Skip lunch and buy Worms Revolution. Actually, don’t skip lunch. You’ll need your strength for all that worm-on-worm action.

Take a look at today’s Daily Deals from Steam:

That 75% discount puts Worms at a scant $3.74, and I don’t think I need to tell you how much fun Worms is. You get to be a worm, but a worm with missiles and stuff. Worms is really great.