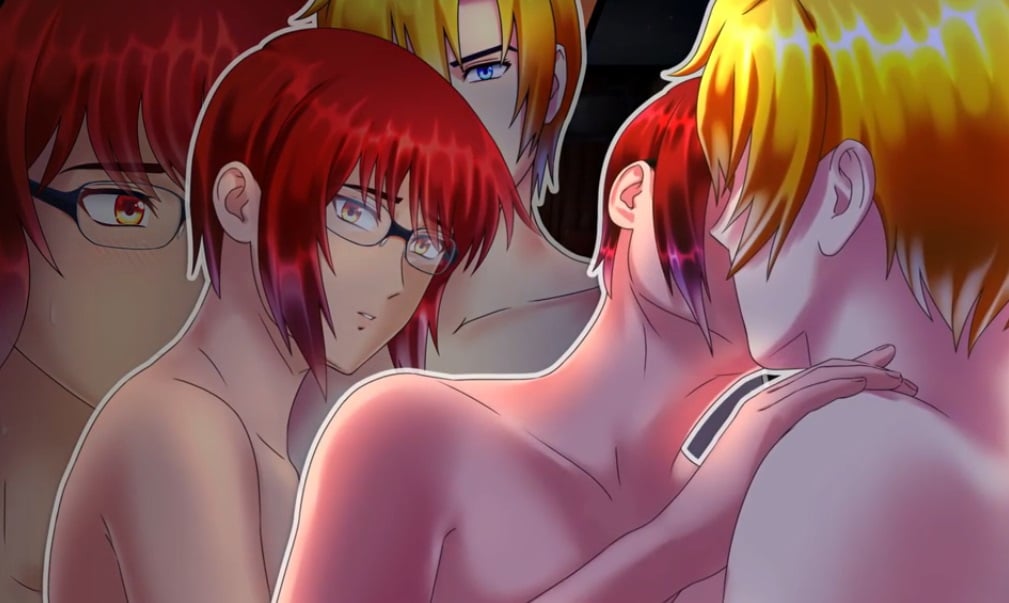 Christine Love’s Ladykiller in a Bind has been in development for quite some time. According to Love Conquers All Games’ official press kit, production began in 2012 after the team felt “burnt out on writing about brutally oppressive societal misogyny, and decided to do the exact opposite: a game about consensual, kinky sex.” Four years later, Ladykiller was finally released. The game follows The Beast, a butch lesbian sent on a week-long graduation cruise in her twin brother’s place. While there, The Beast meets her brother’s classmates, a variety of women (well, mostly women) who all turn out to be quite attracted to her. Uh-oh.

When visiting the sexually frustrated (and extremely adorable) nerdy Stalker, for instance, The Beast takes on a dominant role; suffice to say, she’s quite the top. But The Beast approaches The Stalker with tender care. She insists that The Stalker shouldn’t see herself as “good” or “bad” at sex. Instead, she goes over the importance of communication and boundaries in sexual relationships, and she always makes sure The Stalker is comfortable before moving forward with their evenings. The Beast even halts their play now and then to do a temperature check on The Stalker and make sure she’s feeling okay. The way Love’s crew handles the Beast-Stalker route is one of the most touching parts of the game, because it reflects a part of sexuality that is rarely represented in the traditional eroge visual novel: communication between two partners.

As you can guess, Ladykiller in a Bind is very different from other erotic VNs. For one, the game isn’t just about having lots of lesbian sex. It also touches on relationship boundaries, consent, desire, aftercare, and how we treat (and consume) bodies. An important part of The Photographer’s route, for instance, is the ways in which social media turns people into objects. This, of course, includes sexual objectification. Meanwhile, the crossdressing Boy’s route contrasts with The Stalker’s by showing the darker side of low self-esteem in romantic and sexual relationships. Instead of communicating honestly, as The Stalker does with The Beast, The Boy prefers using deception, manipulation, passive-aggression, and guilttripping to get his way. As it turns out, one can be submissive and powerful, or domineering and powerless. Which shows just how complicated dominant and submissive power dynamics are within everyday relationships, not just the bedroom.

It’s clear that Ladykiller in a Bind is a smart game. It’s well-written, it’s sexy, and it’s deep. But the adult content found within the game has proven a bit too much for Steam to handle. As Love discussed on Twitter earlier this month, copies won’t be available on Valve’s store. This is most likely due to the platform’s discretion on adult content. Instead, the game can be purchased from the Humble Store.

But the adult content found within the game is approached, discussed, and initiated in a way that is rich. There’s a lot going on within Ladykiller’s story, much more than the traditional erotic game. There’s an underlying plot behind the game that drives The Beast’s actions on the cruise as she attempts to successfully pass as her brother, there’s issues of self-worth and exploration through sex, and a major theme throughout the game is the ways in which sex can be both empowering and disempowering. Combined with the “Game” that every character is playing (a supposed popularity contest rewarding $5 million to the classmate with the most votes), there’s actually quite a bit of social commentary at play within Love’s world that overlaps well with the sexy nighttime scenes that players get to experience.

But barring Ladykiller in a Bind from Steam begs the question for Valve: When is explicit material acceptable for a work of art, and when is it too explicit? When is adult content too adult? For other artistic narratives driven by and around queer sexuality, Valve might put their foot down and pull these games from entering their store, too. Which could stifle queer content creators and dissuade them from making works that explore gay and lesbian relationships for PC players.

This is especially a problem for smaller indies that don’t necessarily have a large audience. For them, Steam’s storefront system is a spotlight for putting out games that challenge traditional conceptions of what it means to make a game. Dejobaan Games’ Elegy for a Dead World, for example, combines exploration with creative storytelling. The game literally has the player answer creative prompts that compose a story about the locations they visit. Without Steam, would the game have seen as much exposure among PC players? It’s hard to say.

Itch.io is an excellent alternative that has traditionally encouraged free and open speech within their marketplace, but it’s not necessarily as easy to get the word out through the service alone. And while Ladykiller in a Bind is selling quite well on the Humble Store, milage varies based on such factors as experience, recognition, and initial word-of-mouth (or lack thereof). In short, there’s some pretty deep ramifications here for games beyond Ladykiller: Steam’s ruling affects any queer developer who wants to tell their own stories through sex.

It’s not as if Ladykiller is too hot for the public, either. Humble Store is glad to host the game. YouTube has kept the Ladykiller trailer online, despite featuring some sexual content. And Twitter doesn’t censor NSFW material at all, allowing players to post explicit screenshots from the game on their timeline. So how do different services draw the line? And why does Steam draw theirs so tightly? Steam hosts the Adults-Only rated game Hatred on their site and went out of their way to confirm the game’s publication on the service when controversy arose. Valve also insists in their new EULA that you must be at least 13 to use the service, and the company has content warnings and age gates on their M-rated titles. So if there’s already a precedent for handling mature content on Steam, why not a game like Ladykiller in a Bind?

Steam may want to keep their store family-friendly, but they should at least give queer games like Christine Love’s a chance. Otherwise, Valve isn’t giving interactive content creators and game developers the ability to share their work with a wide PC audience. They’re just unfairly limiting developers’ voices. Sometimes stories can only be told through sex, and there’s nothing wrong with that. At least, there shouldn’t be if gaming wants to be a mature medium.

Ana Valens is a freelance games critic and Advisor for FemHype. Her work focuses on the relationships that players build with their favorite characters and worlds. Her writing can be seen on ZEAL, Kill Screen, The Toast, and Bitch Media. She is currently working on a visual novel about body horror and emotional trauma. For more of her writing, check out her Twitter @SpaceDoctorPhD.