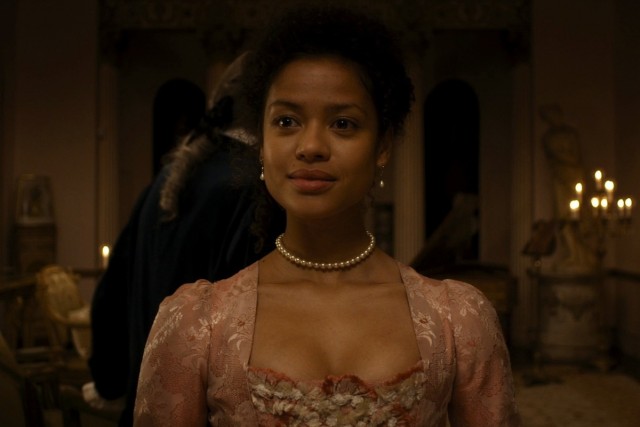 Several talented women have made Star Wars: Episode VIII‘s shortlist of actors in consideration for a new female lead, such as Tatiana Maslany, Gina Rodriguez, and Olivia Cooke; all three will allegedly do chemistry tests with star John Boyega. The latest rumor says that Gugu Mbatha-Raw — who starred in Belle (pictured above) and appeared in Jupiter Ascending — is also in consideration for a lead role in the next Star Wars, but she’s not up for the same part as those other three women. There will be two new female lead roles to fill.

Latino Review reports that the British actress has already auditioned. Of course, I am supposed to be treating this news as rumor as opposed to established fact, but I’m having a little trouble turning off my excitement here (have you seen her Belle, because oh my gosh???).

We don’t yet know which roles any of these women might play, be they heroes or villains or Skywalker family members — but, hey, no harm in speculating, right? Which of these actresses do you most hope will make the cut? And what sort of roles would you like to see them play?

(via io9, image via HitFix)