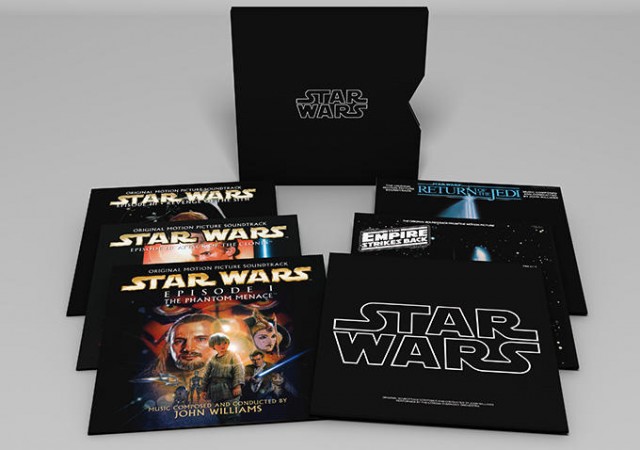 These reissued Star Wars soundtrack packages won’t be available until January 8th of next year, but if you need a belated holiday gift to send to a fan of John Williams’ work, the full set will be available on vinyl and on compact disc. No matter which of the six films is your favorite (or your most hated), it’s undeniable that Williams’ work is a standout aspect in all six of the Star Wars films. You’ll be able to grab these rereleases as high-definition digital downloads, too, if that’s more your style than physical copies.

And as for the soundtrack for that upcoming seventh Star Wars film? John Williams is obviously doing the score for The Force Awakens as well, but you won’t hear a single note of it until the film comes out. It’s a pretty sure bet that it’ll be great, though, so if you want to pre-order it without even hearing a jot of it, you can.