There's room for nuance in this discussion. 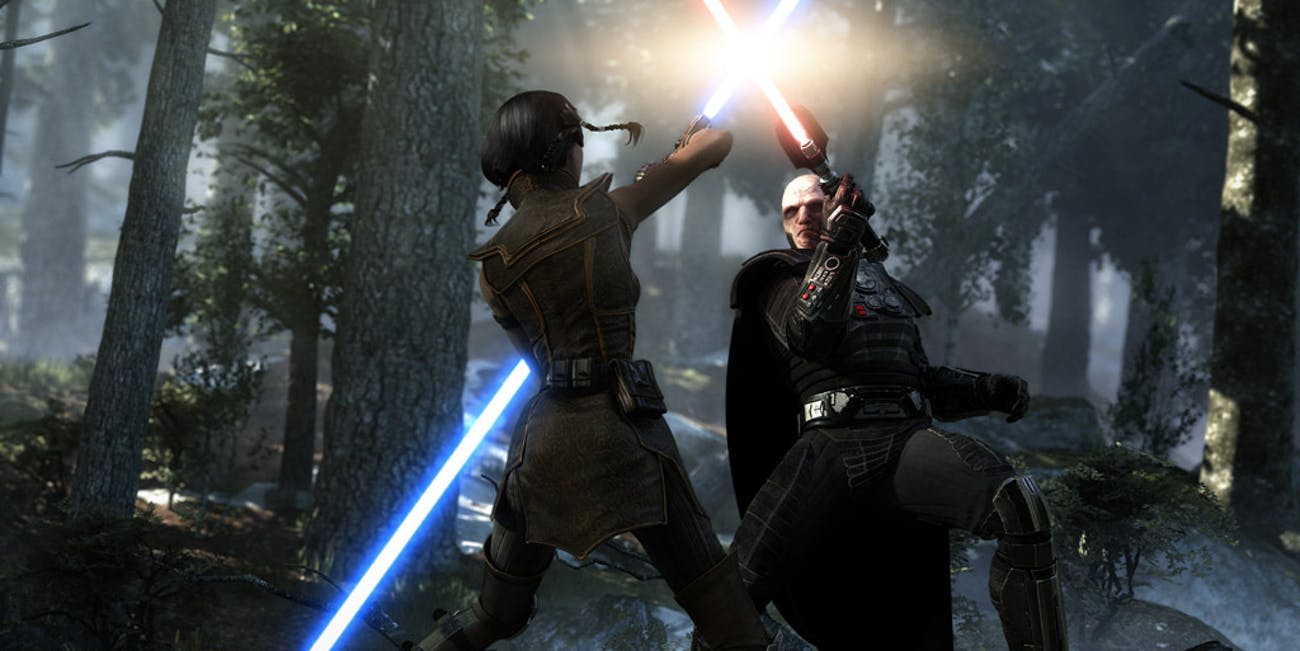 It turns out, those earlier rumors of an “Old Republic” film in the Star Wars universe were right, but it’s not the Game of Thrones showrunners who are behind it. Last night, Buzzfeed News dropped a major scoop: yes, Knight of the Old Republic is being developed into a film, according to three sources they didn’t name, but it will be written by Laeta Kalogridis, who will be the second woman to pen a Star Wars film after Leigh Brackett cowrote The Empire Strikes Back.

Kalogridis was an executive producer on Avatar, and penned or cowrote films and shows like Shutter Island, Alita: Battle Angel, and Altered Carbon. Buzzfeed reports that she was first hired in spring 2018 and is nearing completion on the first script of a planned trilogy based on the popular video game. This trilogy will join the likes of the David Benioff and D.B. Weiss’ trilogy and the Rian Johnson trilogy.

If you thought Star Wars was dead, you have not been paying attention. The short hiatus between the end of the Skywalker Saga this December and the first of the Benioff and Weiss films in 2022 is not sign that Disney is pulling the plug on the franchise, but rather, a smart decision to space out the events that are Star Wars films. It makes sense that Lucasfilm is planning multiple trilogies, as the brand keeps making money.

Kalogridis is an interesting choice, and one that I think will invite a lot of discussion. On the one hand, she’s a female producer and writer, something this franchise has desperately needed; it’s telling that Lucasfilm hasn’t hired a woman to tell the onscreen stories of women like Rey, Jyn, or Qi’ra. On the other hand, her IMDb credits don’t always inspire the most confidence, and she was nominated for a Razzie at one point.

I have seen several of Kalogridis’s films. I loved Shutter Island, but Pathfinder and Terminator Genysis left me cold. I want to support the first woman writing one of the new Star Wars films, but I’m cautious as I am not the biggest fan of her work. This presents me with a bit of a conundrum, as I have long pushed for a female writer to join the new Star Wars universe.

We’ve covered a lot about white men failing upwards despite a series of bad films or flops, while Kalogridis was an executive producer on Avatar, which is still the highest-grossing film of all time, so it’s easy to see why she’d be tapped. She was also fired from the NBC remake of Bionic Woman because “I was told that I don’t know how to write women, and they promptly replaced me with a guy,” and was apparently brought on by Warner Bros. to assist with a 2005 rewrite of Wonder Woman, back when the project was attached to Joss Whedon.

Whatever my worries are, the most important thing is that I could be very wrong on her ability to handle this project. She could be a lifelong KotOR fan who is the perfect choice, and I shouldn’t write her off just because she’s made some bad films. There are plenty of male directors who’ve made bad films who’ve gone on to make good franchise projects, so to write her off immediately, I would be part of the problem.

Unlike David Benioff and D.B. Weiss, who have proven themselves to be the antithesis of Star Wars, I’m more willing to give a female writer a second shot when she’s dealt with sexism throughout her career. Kalogridis could very well be the perfect writer for the project, and I’m excited to see how the story unfolds and whether or not we get a female director for the project as well. This could be the start of a more inclusive lineup behind the camera, and I’m hopeful it will all pan out.