Aaron Paul Is Starring As Luke In a Live Reading of The Empire Strikes Back, B****!

He's quite clever, you know... for a human being. 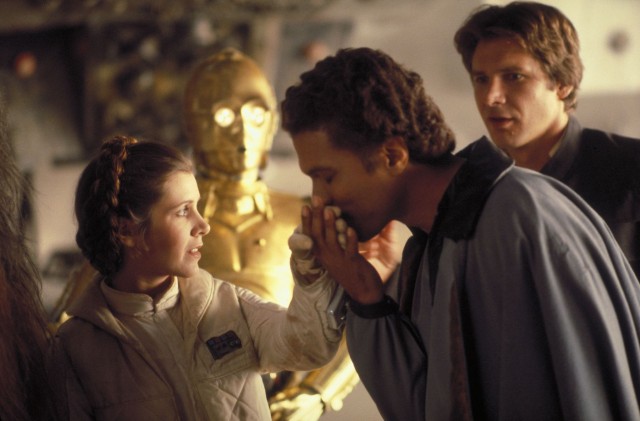 Every year Jason Reitman assembles a team of actors for a one-time, live reading of a classic film in LA. And 2014’s selected script is strong enough to pull the ears off a gundark: prepare yourself for The Empire Strikes Back, starring Aaron Paul as Luke!

The first thing I had to figure out was who is going to be the voice of Luke. My first instinct was, ‘Who is the actor most like Mark Hamill today?’ But five minutes into that, I’m thinking we already have that, we already have Star Wars as it is. What is the opposite of that? … Jesse from Breaking Bad questions authority in a much different way than Luke Skywalker does. He growls at it, and his annoyance at his journey will be unique from the traditional boy-to-man transition

Although Leia and Han have yet to be cast, the additional actors lined up so far seem pretty perfect: J.K. Simmons (Law and Order) will be playing Darth Vader, Stephen Merchant (Hello Ladies) will play C3P0, Dennis Haysbert (24) is Lando Calrissian, and Kevin Pollack (Ewoks: The Battle for Endor) has been cast as Yoda. Considering there will be little to no blocking or props and Strikes Back is such an effects-heavy script, it’s imperative for the evening’s success that all of the actors easily embody their characters, which seems like the case here.

The Empire Strikes Back live read takes place this Thursday, December 18, at the Ace Hotel in Downtown LA. If you can go, we’re eternally jealous. Please at least let us know if all the actors make sound effects with their mouths?