Star Wars: Galaxy’s Edge Got Me Thinking: Does Fandom Have a Consumerism Problem?

It's time to take stock. 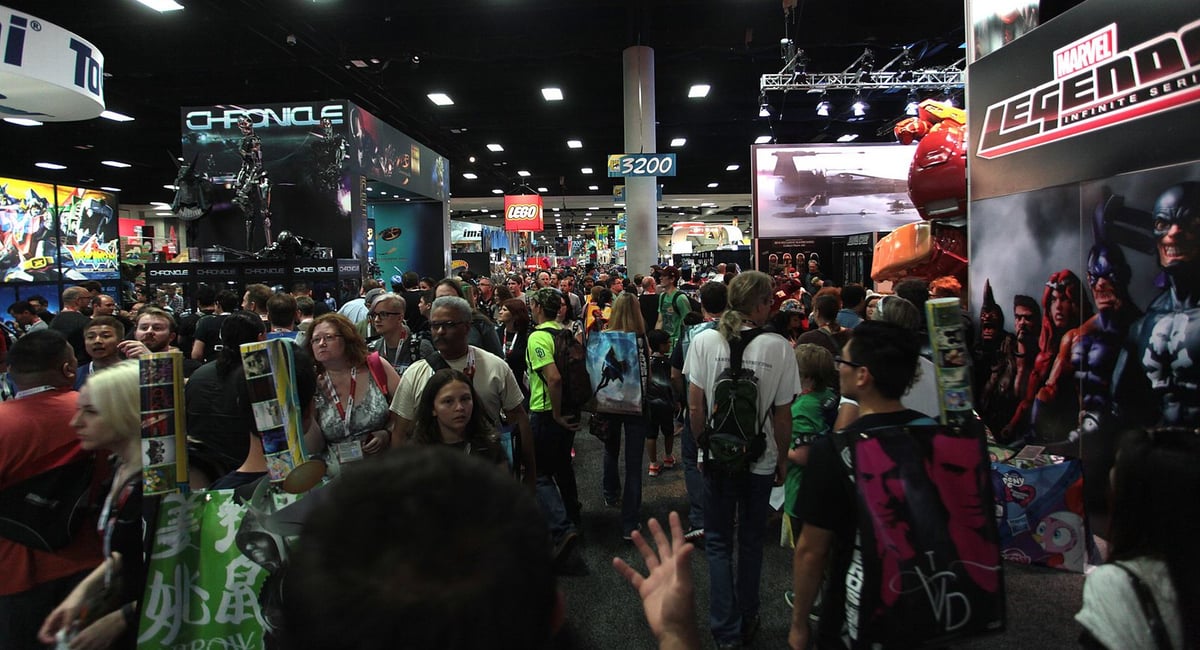 As I strolled through the Star Wars: Galaxy’s Edge park at Disneyland, one thing caught my eye beyond the immersive experience: the price tags. While some merchandise seemed reasonable, other experiences, like building a lightsaber, could clock in at $200. I was lucky—invited by Disney to attend a media day there. Others in the fandom might not have that luck, and have to pay for a parking ticket and transportation/hotel rooms just to get a glimpse of that life-size Millennium Falcon.

This isn’t a rant against Galaxy’s Edge; anyone who’s listened to me knows that I adored the park itself. Disney’s price tags on the park are a Disney problem, and not the fault of any fandom or fan culture, but as a community, does fandom have an obsession with purchasing merchandise and experiences at high prices that can exclude those who don’t have the money or ability to travel?

This goes beyond Disney parks. At cons like Star Wars Celebration and ACE Comic Con, stars from major franchises sign autographs for prices in the triple digits. Big-name cons feature exclusives that people will line up for hours to get their hands on, and that’s after the price of a ticket. Fans purchase toys and merchandise to build elaborate collections. Star Wars even prides itself on having a celebratory “Force Friday” when all the new merchandise drops. Fans on TV are portrayed has having massive comic book or action figure collections, which makes it seem like being a fan requires spending all your money on merch and experiences.

But what does this mean for those who can’t afford to drop everything and attend a con, or who have to save up for an action figure and can’t go splurging on Force Friday? When fandom becomes, in part, about showing your obsessions through ownership, what does that mean for those who don’t possess enough disposable income to purchase tickets or exclusives?

Fandom has become, in a sense, commodified. While it’s wonderful that now you have a wide spread of merchandise and experiences that allow you to indulge in your fandom or show it proudly, it also means that prices are rising to make these things more exclusive. With prices on the rise, it gets harder and harder to afford these special moments, making them only for a certain group of fans for the most part.

Being able to attend a theme park or a convention isn’t a right. I’m not suggesting that we make everything free for all, but if the prices were a little more manageable, it would allow more fans to have these special experiences. A $200 lightsaber on top of a park ticket and hotels and a flight is a lot to ask. Some fans will be willing and thrilled to pay, but other fans will have to make do without.

There really is no easy answer to this. Prices aren’t about to drop just because someone writes an article saying that maybe fandom should be a little less concerned with price tags. Still, it’s something to consider. As companies realize that fan culture is profitable, they’re going to try to monetize it as much as humanly possible, and that means theme parks and con tickets and making everything cost more. Still, it’s good to reflect on the exclusivity of certain fan events and merch, even as we celebrate the achievement of Galaxy’s Edge.

It’s not being a killjoy to suggest the prices are high at Disney. It’s realistic to take a step back and consider the accessibility and costs for a moment in between hopeful visits to Batuu.