Star Trek: Discovery Writers Discuss the Title, the Timeline, and the Launch of Accompanying Books & Comics 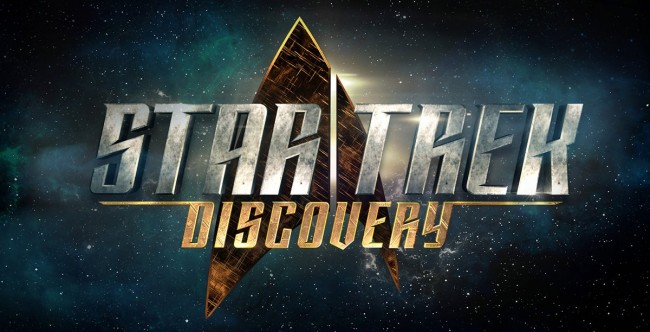 At the Mission New York Star Trek Convention this afternoon, Kirsten Beyer and Nicholas Meyer, who are two of Star Trek: Discovery’s writers, appeared on a panel to describe a few more upcoming details about the show. They remained predictably tight-lipped about any big plot-related reveals, but they did share some other details about the planning behind the show.

First of all, the panel provided an opportunity for the creative team to explain the show’s title; Discovery is named after the spaceship in the show, and that name had a lot of thought put into it. Beyer and Meyer brought a video with them to the panel that included a quote from Star Trek: Discovery showrunner Bryan Fuller, who explained (via io9),

“This ship is called the Discovery for a few reasons. Not the least of which is Stanley Kubrick’s contribution to the Discovery on 2001: A Space Odyssey, NASA’s vessel the Discovery, and also the sense of discovery …

[The title also is about] what the word ‘discovery’ means to Star Trek audiences who have been promised a future by Gene Roddenberry where we come together as a planet and seek new worlds and new alien races to explore and understand and collaborate with.”

Fuller also elaborated in the video on why he had chosen not to have Discovery‘s story revolve around the ship’s captain: “There have been six series all from the captains’ perspective, and it felt like for this new iteration of Star Trek, we need to look at life on a Starfleet vessel from a new perspective.”

During the panel, Nicholas Meyer explained why Fuller had chosen to set the timeline of Star Trek: Discovery before Star Trek: The Original Series. According to Inverse‘s summary of the panel, Meyer said, “[Fuller] found a space in the original chronology where there was room to maneuver,” then elaborated that when writers are working within a pre-existing franchise like Star Trek, “you always are looking for gaps in the chronology.”

Kirsten Beyer emphasized that the show will do its best to “honor the integrity [of the original Star Trek] without looking silly,” which does sound difficult, given that The Original Series was based on a vision of the future according to the 1960s. Meyer added, “all art is the product of the time it was made in. No matter how futuristic we are, we’ll look dated in 10 years.”

Meyer went on to tell fans to keep an open mind about the show, and also, not to set their standards too high when it comes to what a Star Trek TV show might be like now: “Lower your expectations … It is a symbiotic relationship, and all I’m suggesting is that if you go with open minds and open hearts, you may be rewarded. Whereas if you go with a set of impossible-to-realize expectations, which even you cannot specifically define, then we’re bound to fail. And so I’m saying: Get loose.”

Last but not least, Beyer and Meyer announced that CBS would be working with IDW Publishing and Simon & Schuster to release a series of comic books and a series of novels that tie into the Star Trek: Discovery world. Those publications are on track to come out concurrently with the show, which is slated to air in January 2017.

Keep your expectations as low as you can … while also being super excited, because dang, this sounds cool, right??