To Tide Us Over, A Star Trek Comic to Bridge the Movies 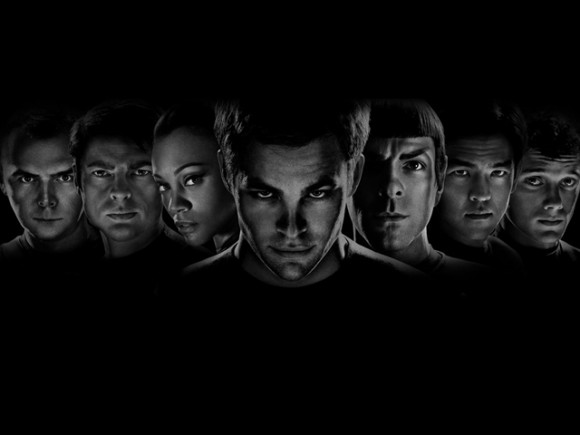 While the script is being written for the sequel to J.J. Abrams‘ Star Trek movie, its writer Roberto Orci announced — along with IDW Publishing and CBS Consumer Products — that a comic book series will be released to lead us all up to the next movie, now scheduled to be released in December 2012. That will start this September and will not only be stemmed from the original reboot (a phrase that, I realize, is an oxymoron) but will borrow from previous episodes of the original Star Trek TV series. A cover has been released and we’ve included it after the jump. No word on the Tribbles, but consider this one vote for the Tribbles. No? … No Tribbles? … Okay then.

According to Orci, this is simply a low-cost way to continue telling the story of the rebooted Enterprise crew while the big-budget movie is being produced in the meantime:

“Movies cost money. Lots and lots of money … But comics give us unlimited budgets to take the crew of the Enterprise farther than they’ve ever been. Join us!”

One story being talked about will be adapted from the episode “Where No Man Has Gone Before,” in which the crew travels to the end of the galaxy, only to be exposed to an energy that turns them into godlike beings. This forces Captain Kirk to abandon the afflicted crew members before they become too powerful. And one of those members is Heisman Gary Mitchell, a character that has been speculated to appear in the movie’s sequel. And the planet he is left on is Delta Vega, which is where Spock left Kirk in the movie. So indeed, these comics may very well be worth reading ahead of the next movie.

And here is the cover, by Tim Bradstreet. Other covers will be also be drawn by Bradstreet as well as David Messina. The comic itself will be creatively directed by Orci, written by Michael Johnson (because Orci has a script to write), and illustrated by Stephen Molnar. 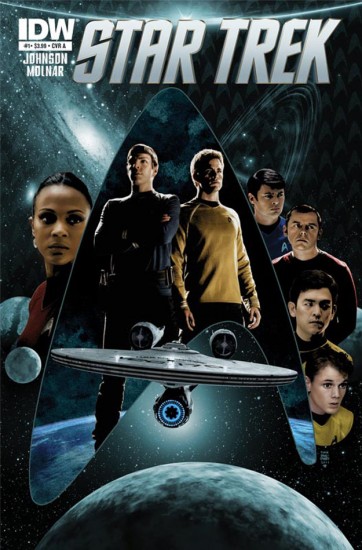