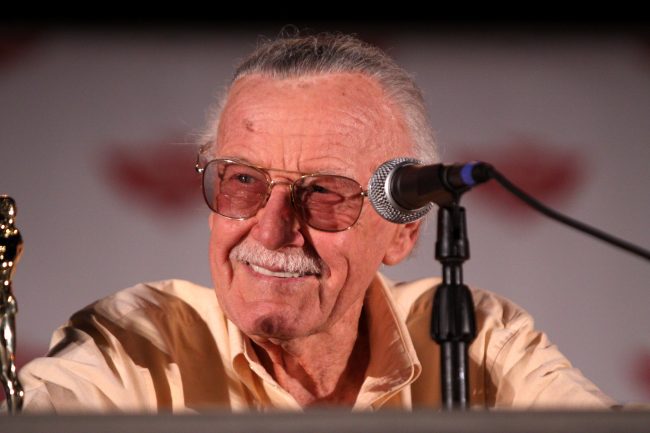 Stan Lee’s Marvel movie cameos have become a mainstay of the form; they may not be mandatory parts of the movies, but they’re definitely an aspect that we’ve all gotten used to and perhaps even taken for granted. But Stan Lee is 93 years old (!!!), and flying around the country to film these cameos can take quite a toll on the guy. Because of that, Marvel Studios has taken great pains to make sure that the process is as quick as possible.

We do not shoot random ones. They’re always very specific… A couple of months ago in Atlanta, he flew down and we shot four in one day–for four various projects. They’re all awesome! They’re all totally different. And he was unbelievable. He was on fire. He came in, he sat here, he stood there, he stood in this window, and then he went home.

Stan Lee is a professional, folks.

Anywho, what do you think those four cameos might have been? It could theoretically have been Doctor Strange or Guardians of the Galaxy Vol. 2, but those have already completed filming, so it depends on when Feige’s story happened. Meanwhile, Spider-Man: Homecoming and Thor: Ragnarok are still being filmed now, so those two were probably in the roster of cameos. Plus there’s always the next couple of Avengers projects, e.g. Infinity War, that will require Stan Lee’s incomparable presence as well. I guess we’ll just have to wait and see where he shows up!

(via Cinema Blend, image via Gage Skidmore on Flickr)