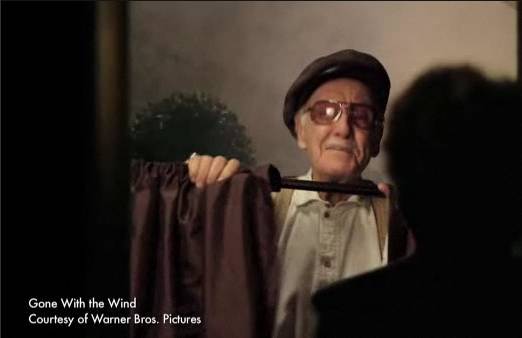 Just days after appearing on The Big Bang Theory, Stan “The Man” Lee has broken his Funny or Die silence, uploading his first-ever video to the site.

When you see the name of one of the greatest comic book creators of all time in the “uploader” column, you pay attention. What, pray tell, is Stan Lee campaigning for? The answer: he wants there to be an Oscar for “Best Cameo.” Also, he wants to win it.

Lee makes a pretty good case: he highlights his cameos in Spider-Man 3, Iron Man, The Hulk … and hey, was he really the “drape man” in Gone With the Wind? Maybe not, but he’s got a letter from Lawrence Olivier and Shia Labeouf avowing that he isn’t a “pansy” like the rest of those cameo actors, so that’s got to be worth something.