The First African American Mail Carrier Also Fought Wolves and Bears, and Shot a Man in the Behind 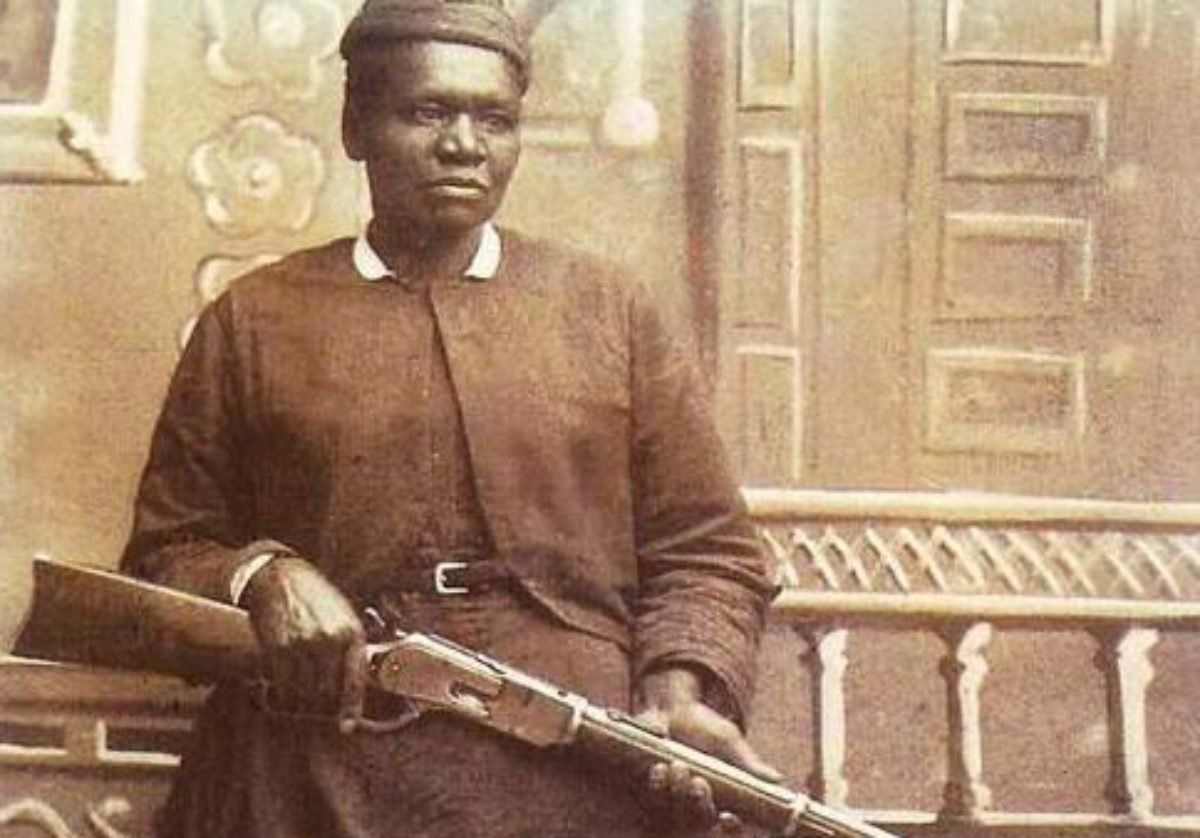 The Old West was a hard place. Beyond the general lawlessness, there was the threat of attack and of course the million poisonous things that can bite you. Despite that women brought order and largely settled the West in many ways. One such woman was “Stagecoach” Mary Fields.

Born a slave, Mary Fields was born in Tennessee and remained a slave, we assume, until the end of the Civil War. Much isn’t known about Mary’s early life, but she reappears on the scene in Cascade, Montana as author Mackenzi Lee puts it in her book Bygone Badass Broads, “with a double barreled pistol, a heart of gold, and an iron resolve to raise hell.”

Mary first went to work for nuns. At six feet with a sturdy build, she ended up doing the “men’s work” for the Ursuline nuns of St. Peter’s Mission in Cascade. She hauled freight and supplies, chopped wood, did stonework, and basically did all of the supply runs that needed to be taken. Constantly putting herself into the dangerous lawlessness of the frontier.

During her runs, not only did she have to fight off bandits, but also wolves and bears by herself. She was even have been reported to have cracked a wolf in the head with the butt of her revolver.

When she wasn’t being a badass fighting actual wolves and bears, or running errands for nuns, Mary also helped build schools for Blackfoot tribe girls (intersectionality for the win). Mary was so well known for her badassery that the mayor allowed her to be served at any bar at any time even though non-prostitutes were not allowed in saloons. Despite her work with nuns, Mary did not let that stop her from drinking whiskey and smoking cigars. She was reported to have “a pistol strapped under her apron and a jug of whiskey by her side.”

Mary once bashed a man in the head for calling her a racial slur and the local paper would cite Mary as “having broken more noses than any other person in Montana.” The white population starting getting a little…upset that they were getting repeatedly taken to task by a black woman, with one man in particular who was upset that Mary made more money than him. So she challenged him to a duel and shot him in the ass. For real.

Sadly, because of the whole…turn the other cheek issue, the nuns had to fire Mary. She tried briefly to be a restaurant owner but she kept on giving too many free meals to people who needed them.

Mary settled into a job for the United States Postal Service in 1895 as a mail carrier. She was sixty and became the second woman and first black person to ever work for the U.S. Post Office. Over the next six years, Mary rode her stagecoach all over Montana and never missed a day of work, never failed to deliver mail and was never late once. The USPS could use that now.

She left the USPS in 1901 and spent the last years of her life running a laundry service. However, even in her 70s she still had no problem busting the ass of someone who crossed her. Rumor has it that at seventy-two she flatted the nose of someone who hadn’t paid his bill.

Now, while I am waxing about how badass Mary was, she was also a very kind woman at heart who babysat and was also that parent at baseball games. She would give flowers from her garden to the home team and then yell at the umpires when she felt they made bad calls. She was so well-loved in Cascade that when her house burned down the whole town built her a new one.

The mayor even wanted to make her birthday a townwide holiday, but she did not know her birthday so instead, she told them to use a different day every year, twice a year so everyone could get a day off.

Mary died at eighty-two from liver failure, because she really did love her whiskey.