What Childhood Games Would You Have to Play in Squid Game and How Screwed Would You Be?

Heads down, thumbs up... 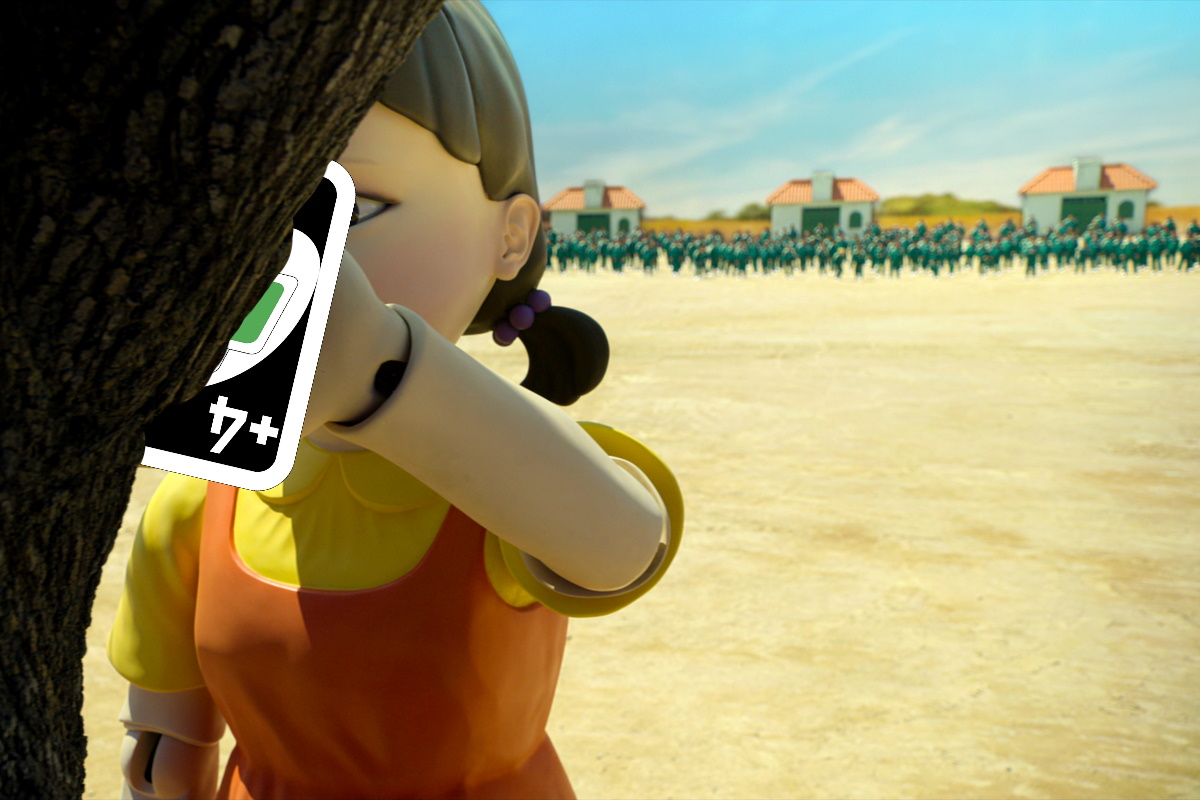 Netflix’s Squid Game has taken the Internet by storm, and for good reason—assuming you’re in the mood for the kind of story that’ll increase your heart rate with each episode. The idea of putting people who are desperate for money in dire circumstances for the amusement of others is a familiar premise that gets more uncomfortably relatable as the years go on.

As is the case with this genre of storytelling, Squid Game shines with its characters, the fact that it makes the audience wonder what they’d do if they were put in this kind of situation, the creativity behind the games, and the strategy involved in beating them. Interestingly enough, some of the ways characters survive is by relying on the kind of logic we all probably used back when we played these games as kids. Need to remain unseen in Red Light, Green Light? Hide behind someone bigger than you. Trying to win at Tug of War? Catch your opponent off guard by stepping forward when they’re all trying to pull you forward.

There is something really intriguing about the simplicity of the games being played in the series, and those games have led to fans on Twitter thinking back on their own childhood and wondering how Squid Game could make double dutch into a psychological thriller.

If Squid Game was being played in the country you live in, what games do you think you’d have to play? pic.twitter.com/pLaTUlH9UO

I thought I’d make my own list of ten games my friends and I would end up, well, not playing, because I’d like to think that none of us would get into a strange car driven by a masked, hooded figure where there are others in the back seat who are unconscious.

Then again, I am of the generation of kids who dared each other to say Candyman, so maybe we’re all doomed.

I could imagine a pretty intense game of duck, duck, goose. https://t.co/TZg2gccU74

my dumb ass would probably have a BALL playing squid games 😭😭 duck duck goose???? that’d be so crazy i love that game

Imagine being shot if you get picked as the goose and you can’t catch the person who pats you on the head.

Imagine being shot if the goose catches you.

Imagine the strategy involved where you try and figure out who you can outrun.

Imagine a giant robot duck in place of the giant robot girl who quacks to indicate who’s about to be killed.

Can you imagine the chaos of musical chairs when your life is on the line https://t.co/zIo09UzEME

I can already imagine the attempts to cheat the system on this (like how you slowly walk around the chairs so you’re close to one when the music stops) but I bet there’d be some “you have to walk at a certain pace at all times” stipulation. This means that the frantic dash to a chair and the fight to get into the last one will be more vicious than it already is.

Heaven help the two people linked together who have to try and stop whoever they call out from breaking the chain, especially since this would probably be played in a later stage of Squid Game. Since there are only two teams involved, you probably wouldn’t have hundreds of people left in the running, so that’s plenty of time for emotional bonds to form and to feel some kinda way if you have to go up against someone you care about.

imagine playing heads up 7 up and not picking the right person 😂 https://t.co/AWgzs6809W

I’m actually really happy to see that so many people remember this game.

That being said… this would be such a cruel game to play, as it depends on your ability to guess who touched you while you have your head down. At the same time, I can imagine the seven participants who get to pick who gets touched working together to try and eliminate certain people who have posed a threat up until that point.

Id be in there like “Simon Says… dont shoot me” https://t.co/tOZ2PgZjSq pic.twitter.com/fiSlLquxJC

Freeze tag and if you still frozen when the time runs out you die https://t.co/VGDkR1HyGX

Oof. You better hope someone else playing the game likes you enough to unfreeze you. I sure hope it’s not up to someone who has a grudge against you.

I can’t decide if I’d wanna be the one who’s “It” in the game or be one of the folks who get to hide. I guess it depends on what stage of the game Hide and Seek would be played in. I doubt it’d be early on when there are still 456 participants, and it would also depend on what the rules are.

Do the people who are found get killed?

Does the person who’s “It” have to find a certain number before they’re killed?

An Assortment of Clapping Games

Bubblegum, bubblegum, in a dish. How many shots can you miss 😭 https://t.co/Y4r5EA2JAC

Now I’m not saying that the words to “Miss Mary Mack” or “Pat-A-Cake” are difficult to memorize, but I am saying that remembering the lyrics while trying to clap along with a partner whose palms are sweaty (mom’s spaghetti) because, you know, you’ll be KILLED if you’re off-beat, would make these games a lot more stressful.

Lmao how can we make the parachute game lethal? https://t.co/sd3ihyEbsr pic.twitter.com/YUuTlTBqV3

I honestly don’t remember much about the game besides the rainbow visuals of lifting up the parachute. A quick search has jogged my memory as I watch a bunch of kids lift the parachute, step forward, and step back before getting caught inside of it. That’s just one of the various games you can play with it, and the bright and colorful aesthetic could definitely create a “traumatizing your childhood memories” Squid Game moment.

I dunno if it was just my school, but I remember Dodgeball being our Friday game every now and then as if our gym teachers were giving us something to look forward to at the end of the week. It worked, though, because we always looked forward to the possibility of playing Dodgeball after going through the motions of whatever we were expected to do in gym class Monday through Thursday.

Dodgeball is already pretty ruthless on its own, so adding murder would only make it worse. Though is there any other childhood game that is as punishing as Dodgeball? Do kids even still play that anymore?

What games would you have to play in your version of Squid Game? More importantly, how would you survive?

If I see this, I know I’m gone 😔 https://t.co/w2ePMofRqE pic.twitter.com/3MfamPaz8k