But at least time-traveling future daughters and wives have your back. 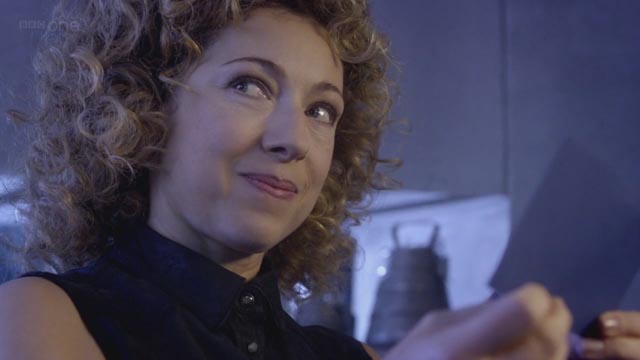 The Internet is a treacherous place for those of us who aren’t caught up on the latest episode of whatever television show everyone is talking about. According to a new survey by TiVo (hey, that’s still a thing! Who knew?), though, its our friends who we should really be avoiding. Presumably so we can sit inside and watch more programs on our TiVos, I’m guessing.

In June of this year, the digital video recording manufacturers polled 14,673 users on their history with spoilers. Of those questioned, 78% reported that a “movie, show, or sports game” had been spoiled for them previously. That number seems low, actually. The other 22% must either be lying, or they watch everything in real time and only use those TiVos as fancy paperweights for their television sets.

But where does all this spoiling occur? A lot of it happens on the Internet and especially in news headlines (sorry, gang—we try our best!), but even more of it comes from the people we encounter in our day-to-day life. Writes TiVo:

When listing all of the ways respondents have been spoiled before, the highest, at 65 percent, is by friends, acquaintances and co-workers, followed by 59 percent reporting the spoiler came from news headlines on the Internet. Additionally, 57 percent say live TV has been the cause, while 49 percent blame Facebook.

Common precautions for those who wish not to be spoiled involve telling people not to spoil you (67%) and avoiding social media (67% again), certain websites (63%), and live TV (54%). Only 29% of respondents didn’t much care for taking any kind of precautions. Henceforce we shall refer to them as “people who don’t get to complain about spoilers ever again.”

When it comes to TV spoilers, which are more common and egregious on average, your geographic location plays a part in how much you navigate spoilers. Survey respondents in Eastern, Central, and Mountain Time Zones are statistically less likely to care about avoiding television discussion until “more people have had a change to watch” the show. In contrast, almost a third of Pacific, Alaska, and Hawaii Time Zone inhabitants will avoid the Internet altogether once their favorite shows air in other time zones. East Coast brethren, perhaps we should try to be a little kinder to our West Coast compatriots on Twitter? They’ve already got all those earthquakes to account for without also having to worry about what happens on Game of Thrones.