Splice Is Such a Deeply Frustrating Movie 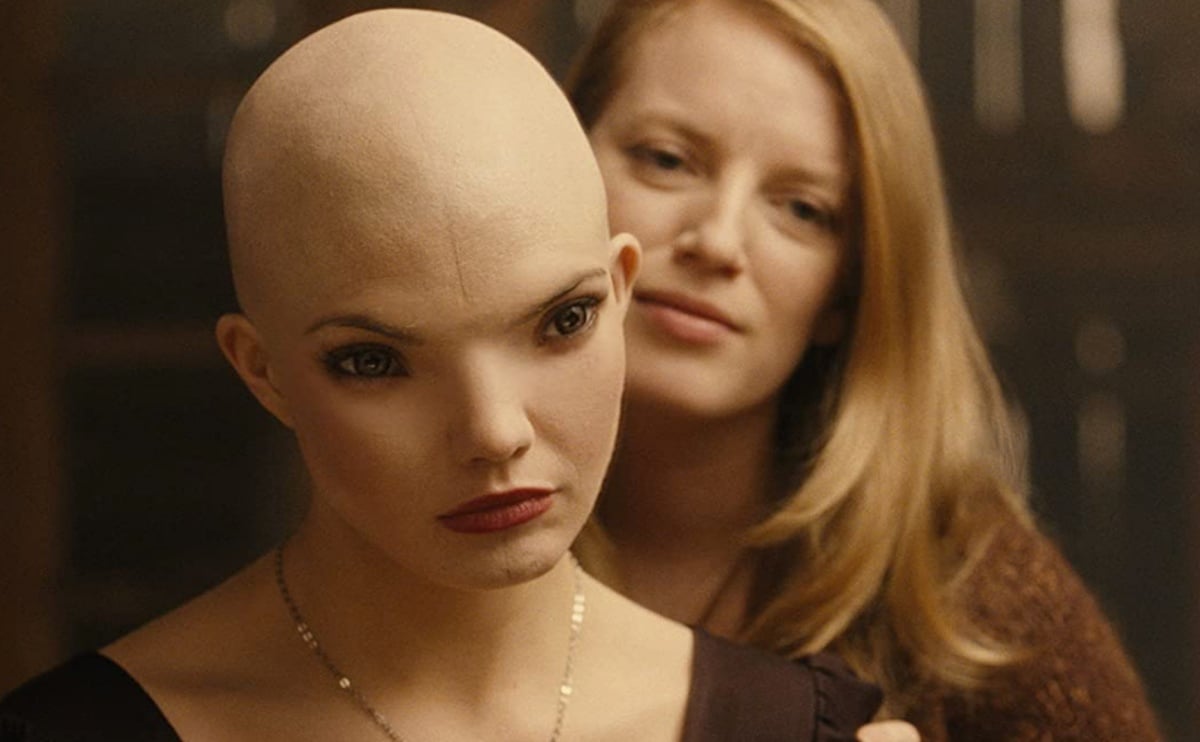 Over the weekend, I watched the science-fiction horror movie Splice with my friends. It’s currently streaming on Netflix, and I’d heard things about it that made me intrigued about finally giving it a watch. What happened was nearly two hours of scientists being terrible at their jobs, parenting, and having any common sense whats so ever.

Splice came out in 2009, directed by Vincenzo Natali, and stars Adrien Brody as Clive Nicoli, Sarah Polley as Elsa Kast, and Delphine Chanéac as the creature known as Dren. Clive and Elisa are a scientist couple and work at company called N.E.R.D. (Nucleic Exchange Research and Development). They’re creating a hybrid of different animal DNA in order to create some enzymes. They successfully create and pair two of these spliced creatures, who they name Fred and Ginger. The couple decides that, naturally, the next step is to create a human-animal hybrid, despite the fact that their employers told them not to.

Clearly, it’s because their employers have seen Jurassic Park and know nothing can come from this. They don’t listen and end up creating a female creature. Clive wants to kill it, but Elsa, seeing the humanity in it, wants to protect it and names the creature Dren as she begins to show intelligence.

At this point in the story, we all know where this is going, and considering that their company is called N.E.R.D., Clive and Elsa should know, too. Instead, Splice continues into the second half because no one uses their common sense.

Splice is very similar to a lot of science-fiction, but the most notable examples are probably Jurassic Park and Frankenstein. While both Clive and Elsa are responsible for the events that follow, Elsa is given the more prominent role in her decisions to keep Dren alive that are clearly more the result of maternal affection than science. Earlier in the film, when the couple talks about having a kid, Elsa is against it, and as the movie unfolds, you see that Elsa was a victim of abuse and therefore seeks to have control. Clive, at one point, accuses her of wanting to “keep” Dren because it is a child that they can control.

Except anyone who has ever spent time with a child can tell you that you can’t control them—especially not when you create them with animal DNA!

The movie tries to make a lot of interesting points about ethics and parenthood. Elsa is the most attached to Dren when she is a child, and the moment Dren becomes “a woman,” they go from parent and child to “competition” and have a more volatile dynamic. Clive, who was ambivalent towards Dren during her “childhood,” becomes the safe parent who Dren turns to as an adult—for better and for worse.

Without spoiling too much, I found that the ending was just really exhausting, not because it wasn’t realistic, but because like in a Greek tragedy, you know the conclusion is coming from the beginning. You hope that at some point the characters will realize they are going to far and pivot, but they don’t. I also found it frustrating that Elsa is the more “emotional” one throughout the series because that felt like such a stereotype about female scientists. Everything about her character was just deeply aggravating, and while Clive wasn’t much better, Elsa felt like a really frustrating cliché.

The number of times I would just think “why?” during this film at the choices being made could have built a house. So yeah, Splice it is as disturbing and weird as you’ve heard—with enough Oedipal and Electra complexes to make you feel squicked out.