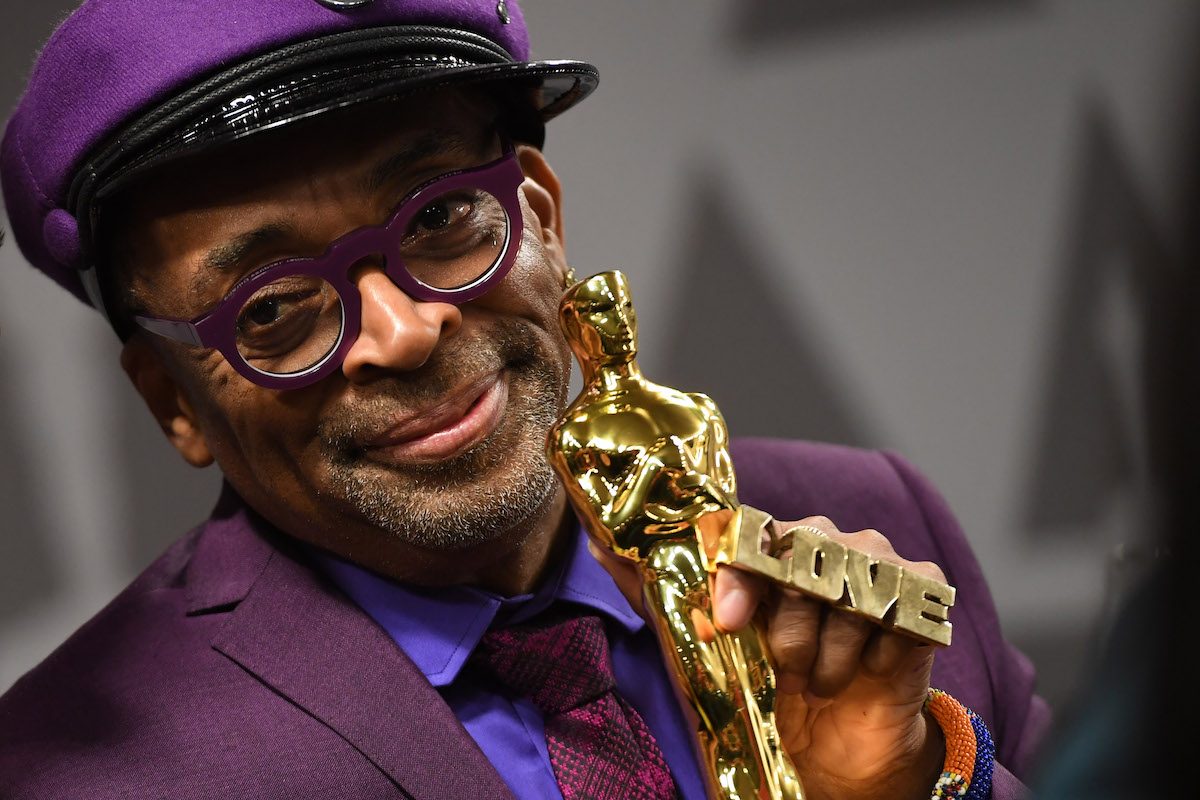 As we’ve seen time and time and time again, Donald Trump is slow to publicly condemn things like violent white supremacy, but incredibly quick to respond to, say, an SNL sketch about him. He’ll stay silent on white domestic terrorism for as long as possible, but any personal slight against him can often be the subject of his early-hours rage tweeting the next morning.

But his angry tweet about the Oscars was especially odd (even more odd than the president of the United States getting snippy with a pop culture event) because the person he attacked–BlacKkKlansman’s Spike Lee–didn’t really say anything about him first.

This morning, Trump tweeted that Lee made a “racist hit” on him, presumably in his acceptance speech, since Trump mentioned Lee reading from notes, which he did at that moment. Trump also repeated his familiar claim that he’s “done more for African Americans … than almost any other Pres!”

Be nice if Spike Lee could read his notes, or better yet not have to use notes at all, when doing his racist hit on your President, who has done more for African Americans (Criminal Justice Reform, Lowest Unemployment numbers in History, Tax Cuts,etc.) than almost any other Pres!

But, again, what makes this especially strange is that Lee didn’t really say anything to warrant this kind of response. He did make reference to mobilizing around the 2020 election, but he didn’t mention Trump directly. And nothing he indirectly said about Trump could possibly be construed as “racist.” (Not even if you believe in reverse racism as a real thing that exists.)

Lee gave context to his speech and his Best Adapted Screenplay win for BlacKkKlansman, in both a historical sense and a personal one. He talked about the history of slavery in America, and he talked about his grandmother, “who was a Spelman College graduate even though her mother was a slave,” who also sent him to college and film school.

He ended his speech by talking about the election. “Before the world tonight, I give praise to our ancestors who have built this country into what it is today along with the genocide of its native people. We all connect with our ancestors. We will have love and wisdom regained, we will regain our humanity. It will be a powerful moment. The 2020 presidential election is around the corner. Let’s all mobilize. Let’s all be on the right side of history. Make the moral choice between love versus hate. Let’s do the right thing! You know I had to get that in there,” he joked, referencing his 1989 film (for which he should have won that Best Screenplay award).

What is racist and non-racist is subjective, but there was nothing remotely racist in Lee’s speech. We really aren’t obligated to quote Trump without context when he says nonsensical things about people. pic.twitter.com/AsHfu0yaWx

Talking with reporters backstage, Lee did reference Trump more directly. When asked if he thinks BlacKkKlansman has “changed society,” he said that it’s a “hard question,” but pointed to Trump’s refusal to denounce white supremacy as a sign of where we are at this moment in history.

“That car drove down that one street in [Charlottesville], Virginia, and the president of the United States did not reject, refute [or] did not denounce the Klan, Alt-Right and Neo-Nazis,” he said. “This film, whether we won Best Picture or not, this film will stand the test of time being on the right side of history.”

Given his comment about needing “notes,” that doesn’t seem to be the quote Trump was talking about. But even if it was, talking about racism and criticizing Trump’s lack of action on racism is not itself racist. Obviously.

If Trump wanted to take personal offense at something said during the Oscars, there were plenty of other options.

“Just a quick update for everybody in case you’re confused, there is no host tonight, there won’t be a popular movie category and Mexico is not paying for the wall.” Well said, Maya Rudolph. #Oscars pic.twitter.com/ATDDu14teS

“There are no borders or walls that can restrain ingenuity and talent,” Javier Bardem says in Spanish as he introduces the Best Foreign Language Film category. #Oscars https://t.co/zSrvQG8ZE6 pic.twitter.com/wfgyUNWqgp

But instead, he chose to attack Spike Lee, apparently taking a call for making a “moral choice between love versus hate” as a personal attack on him which, really, is a harsher indictment of himself than anything Lee said.