Which Hero Will Lure 15-Year-Old Spider-Man to Join Them in Captain America: Civil War? 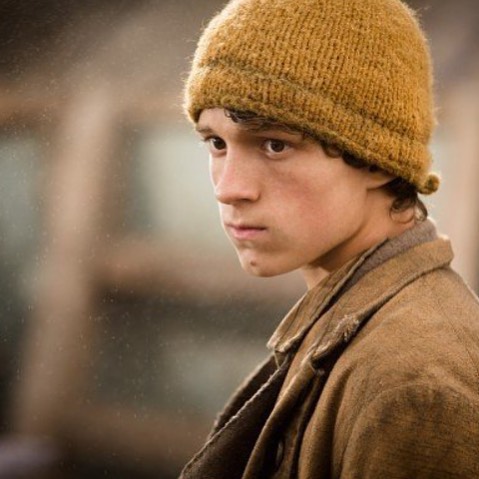 Much has been made of the fact that the next actor to play the role of Spider-Man will actually be a teenager — and apparently that teenage spirit might influence the boy’s opinions about which side to take in Captain America: Civil War. Potential spoilers for the movie to follow!

Tom Holland is 19 years old now, although he was a little younger when he shot his scenes for Captain America: Civil War and his own Spider-Man feature film, which will come out next year. By comparison to other former Spideys — Andrew Garfield and Tobey Maguire played the role in their late 20s but could (arguably) pass for younger — Holland looks young, and he also is young.

Holland’s Spider-Man in Civil War will be only 15 years old, and his extreme youth compared to the other heroes in the film will be part of what influences his rumored, spoiler-laden-if-true decision to side with Iron Man. Geek.com explains:

Our source told us is that Tony goes to Peter Parker specifically to recruit him, and to seal the deal, offers him an advanced Spider-suit to fight in — an upgrade from whatever 15-year-old Peter was previously slinging around in. But why would Peter even consider such an offer? “Peter started becoming Spidey because he grew up and idolized Tony,” our source revealed. Since Iron Man takes place 10 years before we meet Peter in Civil War, where Peter is 15, that means Peter was five-years-old when Tony broke onto the scene in the original Iron Man, likely dominating the news as Peter grew into a teenager. If the guy you admire and look up to suddenly shows up on your balcony with a sweet piece of tech and says, “hey, let’s be bros,” are you going to turn him down?

I already knew Tom Holland’s Spidey would be young in Civil War, but somehow it didn’t occur to me until now that it’s super weird to expect a 15-year-old (even one with superpowers) to take a side in a life-threatening dispute between several middle-aged adults, some of whom have actually served in the military and/or as professional assassins. This sort of plot point has actually come up before, in comics at least. Some examples that spring to mind — the X-23 book The Killing Dream deals head-on with Laura navigating the trauma she experienced as a child trained to kill, and how that trauma continues now that she’s a teenager who fights alongside other superheroes. More recently, Ms. Marvel comics have navigated the same theme, with Kamala desiring to fight with the Avengers and having to prove that she’s mature enough to handle it, despite her youth.

The idea of Tony Stark capitalizing on the starry-eyed idealizations of a 15-year-old and encouraging him to, essentially, become a child soldier … sounds disturbing, to say the least. If Peter Parker were begging to fight and the adults were trying to stop him, that would be one thing — instead, it sounds like Tony is totally okay with encouraging a child to join him. I hope that this movie ends with young Peter Parker realizing that he shouldn’t trust his heroes.

The Avengers movies have been more light-hearted, but Captain America: Winter Soldier was really dark, so it’s hard to say how Civil War will approach this scene. Obviously, Spider-Man has already been playing vigilante and getting himself into life-or-death situations by his lonesome — he’s a 15-year-old with super-powers, what can we expect? But it seems a little different once other adults are involved, because then they’re implicitly condoning reckless behavior — even authorizing it, encouraging it.

What do you all think? Is Tony Stark a bad influence on the super-powered youths of today?