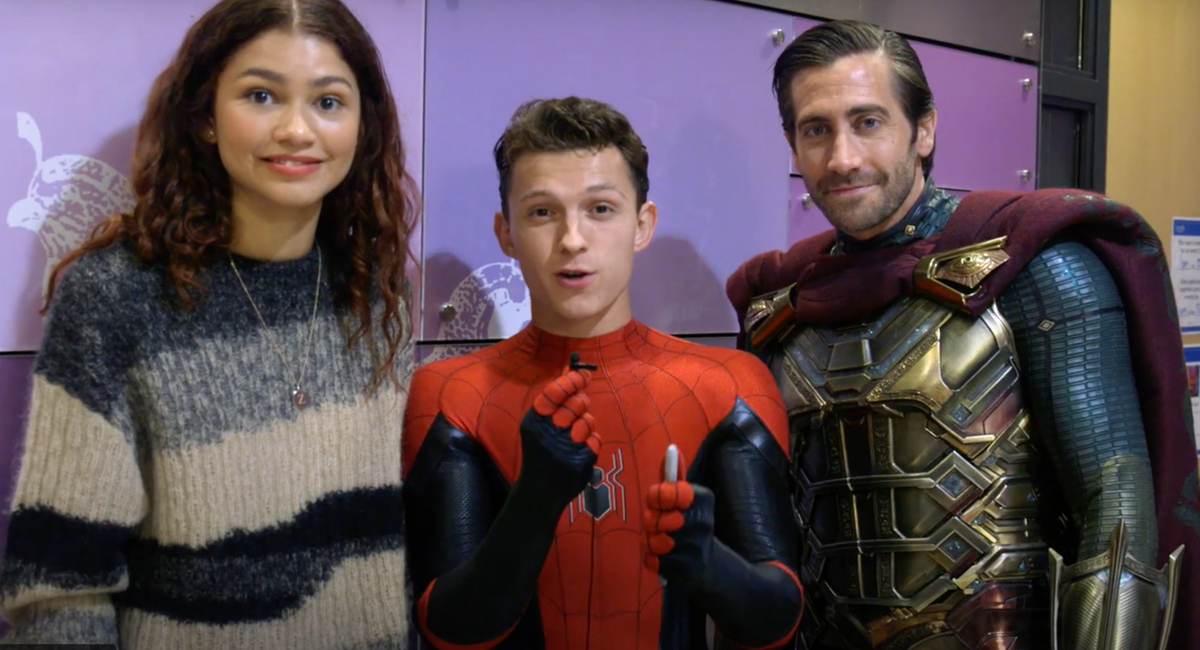 We all love Tom Holland, Zendaya, and Jake Gyllenhaal, but just in case you wanted to love them a little more, the Children’s Hospital of Los Angeles posted a video of them greeting children after a special screening of Spider-Man: Far From Home. The short video is a perfect antidote to Monday blues and will restore your faith in humanity a little.

Or at the very least, bring a smile to your face.

The video opens with Zendaya and Holland pursuing Gyllenhaal down a hallway with a young child, saying that they’re going to get Mysterio. Gyllenhaal plays along, pretending to run away.

The kids are clearly moved by seeing their favorite friendly neighborhood web-slinger and his pals show up. Holland even does a Spider-flip for the kids, which was impressive and makes me wonder how many of his stunts he does on his own. Zendaya is equally charming, and even Gyllenhaal, who I never thought would be in a superhero film, seems to be having a good time.

It’s heartwarming to see actors, particularly those that play superheroes, do hospital visits. The smiles on the kids’ faces are genuine, and it must mean the world to them that Spider-Man came to visit them while they’re in the hospital.

This is not the first time Holland has done such a visit, either. When Spider-Man: Homecoming was released, he did a similar visit to the Children’s Hospital of Los Angeles in costume, visiting patients and making them smile. He’s not the only Avenger to do it, either: Chris Evans, Chris Hemsworth, and others have also done charity work to bring smiles to their youngest fans.

All in all, it’s incredibly sweet. It’s nice to see our favorite heroes be heroes off the screen, as well as on it.