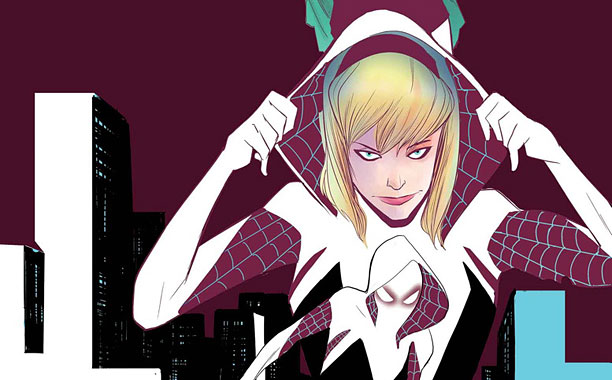 The first issue of Marvel’s new Spider-Gwen series debuts on February 25th, but writer Jason Latour has some spiderful details for us all if you’re curious about our girl’s new ongoing series.

Speaking with Comic Book Resources, Latour said that, in an “unprecedented” move, the readers of the Spider-Gwen one-shot “literally made this [series] happen.” The first arc, which he calls a “fun big melodramatic super heroics and [a] coming of age drama,” will deal with Gwen’s return from Spider-Verse’s interdimensional war—including how she feels after having interacted with many different versions of Peter Parker. “She’s come back inspired by their heroism,” said Latour, “and seeking to be the kind of Spider-Woman that can inspire others in the same way.”

Latour confirms Gwen’s friends in the Mary Janes will be returning, and that they’ll have an interesting take on her disappearance, and both The Vulture and “evil” Matt Murdoch will also return. Obviously, not everything about Gwen’s dimension will directly mirror the main (616) Marvel universe—it’s apparently “more in line with the way Peter Parker’s world was around the time he first became Spider-Man.” Despite that, Latour tells us to expect a “very familiar” Spider-villain in issue #1 “with very strong ties to both Gwen and Captain Stacy.”

Ultimately, Latour just wants to make the comic into the kind of thing that he enjoyed growing up. “We’re not trying to sell people on a Spider-Gwen movie,” he clarified.

But… why not, though?

You can read the whole interview over at CBR!