Everything is Terrible: Spanish Court Clears Men of Sexual Assault Charges Because Unconscious Victim “Did Not Fight Back”

Time to burn it all down. 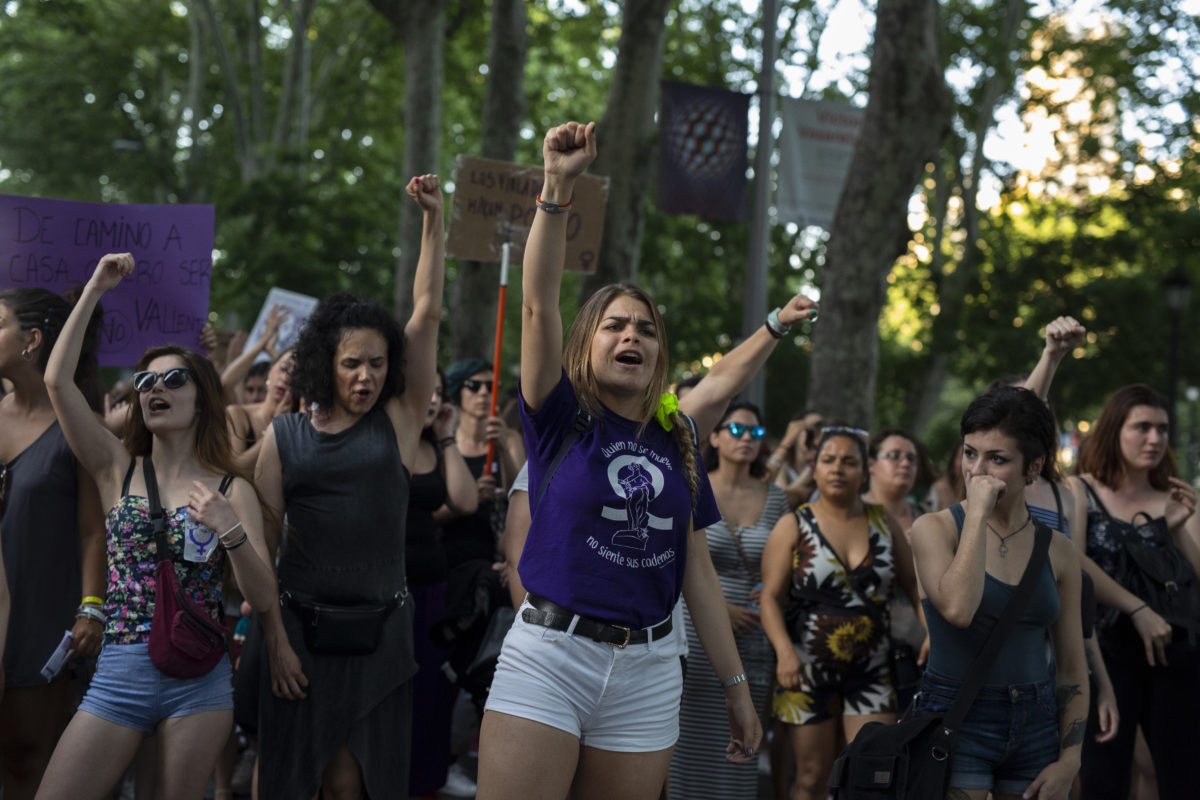 My favorite holiday, Halloween, is over, and Spain is coming in hot this morning with a brutal reminder that everything is terrible, and the United States isn’t the only country with a truly jacked up legal system! Happy November everyone! Time to RAGE!

According to a report on CNN this morning, a Barcelona court has cleared five men of sexual assault charges yesterday because the crime (gang raping an unconscious 14 years old) did not meet the legal definition of rape as dictated by Spanish law because the unconscious victim did not fight back.

According to Spanish law, sexual abuse (or a “sexual attack”) can only be legally classified as rape or sexual assault if it can be proven that the perpetrator used violence or intimidation. Because the victim (the FOURTEEN YEAR OLD victim, feel like I can’t stress that enough) was unconscious, the five men were found guilty of the lesser charge of “sexual abuse” and were sentenced to 10 to 12 years in prison. Had they been found guilty of sexual assault they would have received a sentence of potentially 15 to 25 years.

Why they weren’t also convicted of statutory rape is beyond me. The legal age of consent in Spain is 16, and they do have statutory rape laws. So even if she was unconscious, wouldn’t their statutory law kick in? Dear Spain, what in the actual f.

The attack happened at a party in Manresa, a town near Barcelona, back in 2016. The group was partying in an abandoned factory. There, the young girl drank alcohol and “consumed drugs” and passed out. The men then took turns assaulting her.

“The sexual attack on the victim was extremely intense and especially denigrating, and in addition, it was produced on a minor who was in a helpless situation,” the court said in their press release.

However, the court then said that because the victim was “in a state of unconsciousness … without being able to determine and accept or oppose the sexual relations maintained with defendants, who could perform sexual acts without using any type of violence or intimidation,” that they could not pass down a guilty verdict for sexual assault. Instead they had to go with the lesser charge of sexual abuse.

To add insult to injury, the court also awarded the victim 12,000 euros ($13,400) in damages. I mean, I feel like there isn’t any monetary amount that could possibly make up for the atrocities committed on and against this poor girl, but that sum seems shockingly low.

The case sparked new protests and renewed pressure on Spain’s government to change the law to state that any sexual act performed without consent is assault.

This case, and the protests surrounding it, echoes a similar one from June of 2016, in which another group of five men, dubbed “the Wolf Pack” (because of the name of their “WhatsApp” group), were originally acquitted of rape. The Spanish Supreme Court eventually overturned the ruling after a year of demonstrations and protests and sentenced them to 15 years for rape.

Lucia Avilés, a judge and a member of The Spanish Association of Women Judges, said on Twitter last Friday that it is appalling that this issue has still not been addressed, especially considering that Spain has signed and ratified the Istanbul Convention on Violence Against Women, which specifically defines sex without consent as rape.

So why hasn’t Spain legally updated their definition of sexual assault? How many vicious attacks, how many protests, how many bodies of women must be brutalized, before they practice what they preach?