Space Selfies Are the Best Selfies 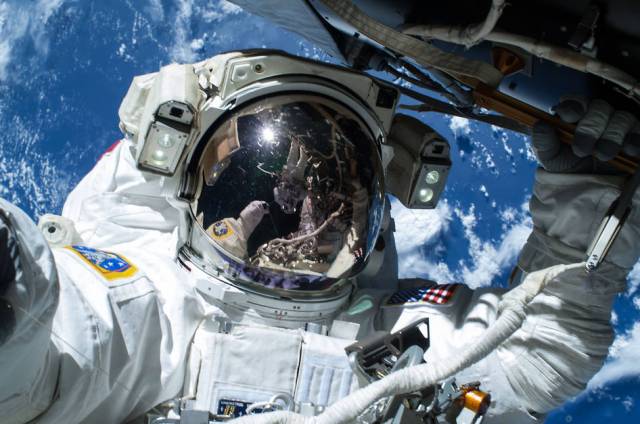 Just because you exit the stratosphere doesn’t mean you can escape the pull of the selfie.

While out for a space walk on Saturday, ISS commander Barry “Butch” Wilmore snapped a photo of himself that might just be the most out-of-this-world selfie of all time (I’m not sorry). Also visible in the shot is NASA’s Terry Virts. The astronauts were helping to prep the ISS for the arrival of private American spacecraft by adding two International Docking Adapters that will be active in 2017.

Not to be left out of the party, the Curiosity Mars rover got a sweet wide-angle selfie on the Mount Sharp Mojave Site. Well, technically it’s as photoshopped as a Kardashian selfie – it was actually assembled by compositing dozens of images taken throughout January by the camera on the end of Curiosity’s robotic arm. They’ve excluded the arm from the final composite. Totally ‘shopped. You can see an annotated version of the shot describing all the geographic intricacies of Mars here. 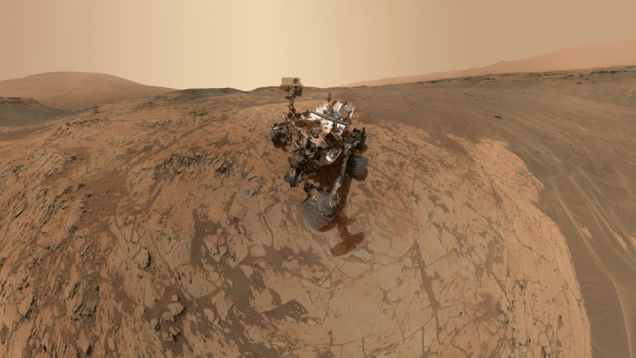 (via Space.com and io9, photos via NASA)