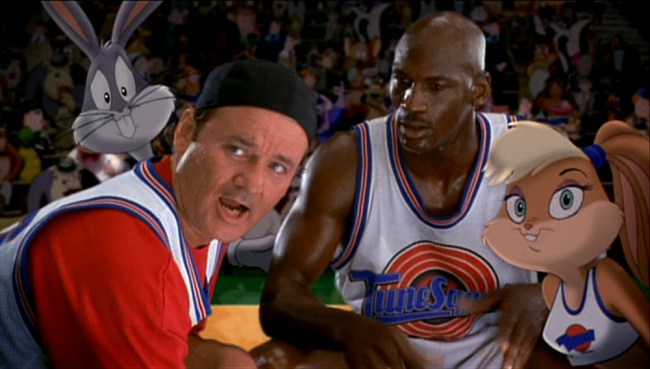 Come on and slam and welcome to the jam.

Yeah, look, I know it doesn’t have quite the same ring to it, but really, I’m just excited that the Space Jam vinyl will be re-issued just for this year’s record store day (April 22nd). The vinyl will come courtesy of Atlantic Records, and will be a large collection of 14 songs from the film. The track listing, according to Pitchfork, is as follows:

So, you know. You’ve got some seriously heavy hitters here. Seal’s “Fly Like An Eagle” is damn near iconic in its own right, and the same goes for R. Kelly’s “I Believe I Can Fly”. But! Coming in at track three is the quintessential Space Jam hit that sends just about every gosh darn human being into fits of “COME ON AND SLAM”: Quad City DJs’ “Space Jam”.

(Okay, look, I’m sorry, if I’m being truly, truly honest with you, I actually just wanted to write this up so I could listen to Quad City DJs on repeat all day. You’ll join me, won’t you?)

Anyway. If you’re looking to get your grubby little mitts on one of these precious records, make sure to stop by your Friendly Local Record Store to pick one up. Usually there are tons of other deals going on at your local record shop, too, so it’s well worth a visit even if these babies happen to sell out.