The trailer for rapper/producer Boots Riley’ directorial debut Sorry To Bother You is funny, stylish, and unlike impossible to crack in the best way. If you’re tired of trailers giving away the entire movie, Sorry To Bother You gives you just enough to make you ridiculously curious.

ALSO, Tessa Thompson wears these earrings at some point, and I’m already sold: 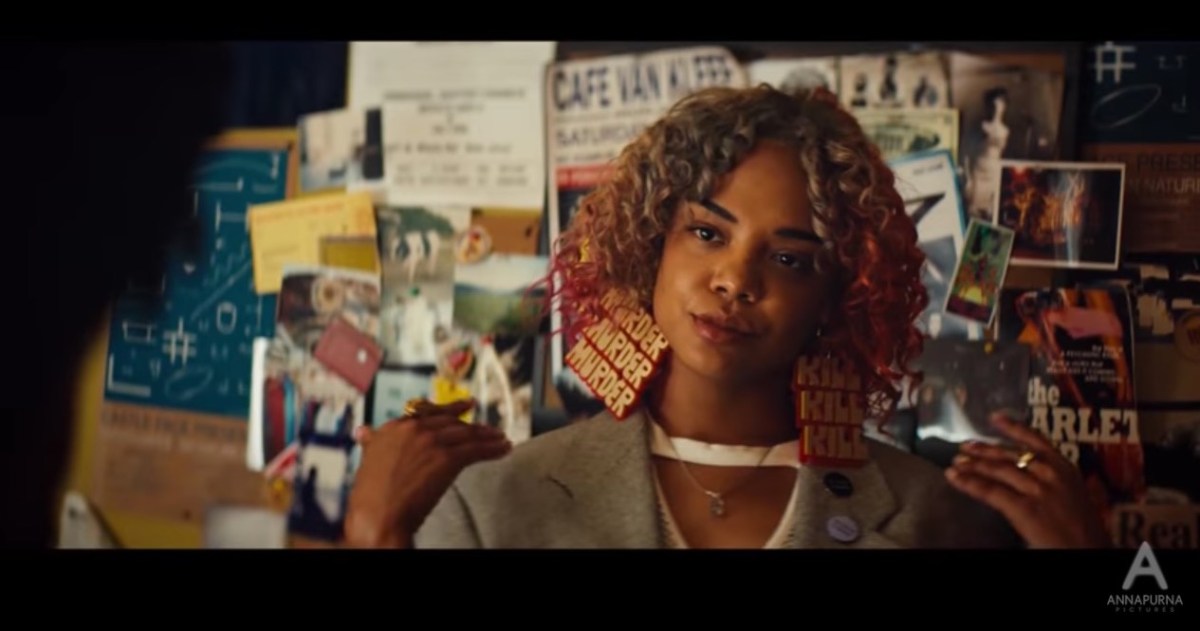 Described as a comedy/fantasy/sci-fi film, Sorry To Bother You centers around an Oakland telemarketer named Cassius Green who’s able to succeed in his job by putting on a white voice. Elements like Cassius’ disembodied white voice (dubbed by actor/comedian David Cross) or the wildly bizarre settings appear in the trailer with so much surreal editing and design, suggesting a strong social thriller element. Deadline notes descriptions that liken it to Get Out, which could not be a more promising comparison. We move from scenes that could be in Cassius’ imagination to powerfully realistic scenes of a protest and police violence. Cassius’ voice is also described as a “magical key” that propels him “into a macabre universe.”

Boots Riley also wrote the film, and at SXSW he spoke about breaking conventions out of “wanting to have people engage with the film in a different way, to not be able to guess exactly what will happen.” We’ll just have to wait, then, to see what this macabre universe has in store.

The film has an amazing cast with Lakeith Stanfield (Get Out) as Cassius , Armie Hammer (Call Me By Your Name) as boss Steve Lift, and Tessa Thompson (Thor: Ragnarok, Janelle Monae’s “Make Me Feel” video) as girlfriend Detroit. Other characters also have a “white voice” with Patton Oswalt voicing Omari Hardwick’s and Steve Buscemi voicing Danny Glover’s (Hardwick’s name is Mr. Blank, so I’m seeing some hints of allegory here as well.) The cast also includes Terry Crews, and Steven Yeun, Jermaine Fowler.

Sorry To Bother You comes to theaters July 6th, are you going to check it out?