Sophie Turner Opens up About Her Mental Health | The Mary Sue

Sophie Turner Opens up About Her Mental Health, and It Is an Important Discussion to Have 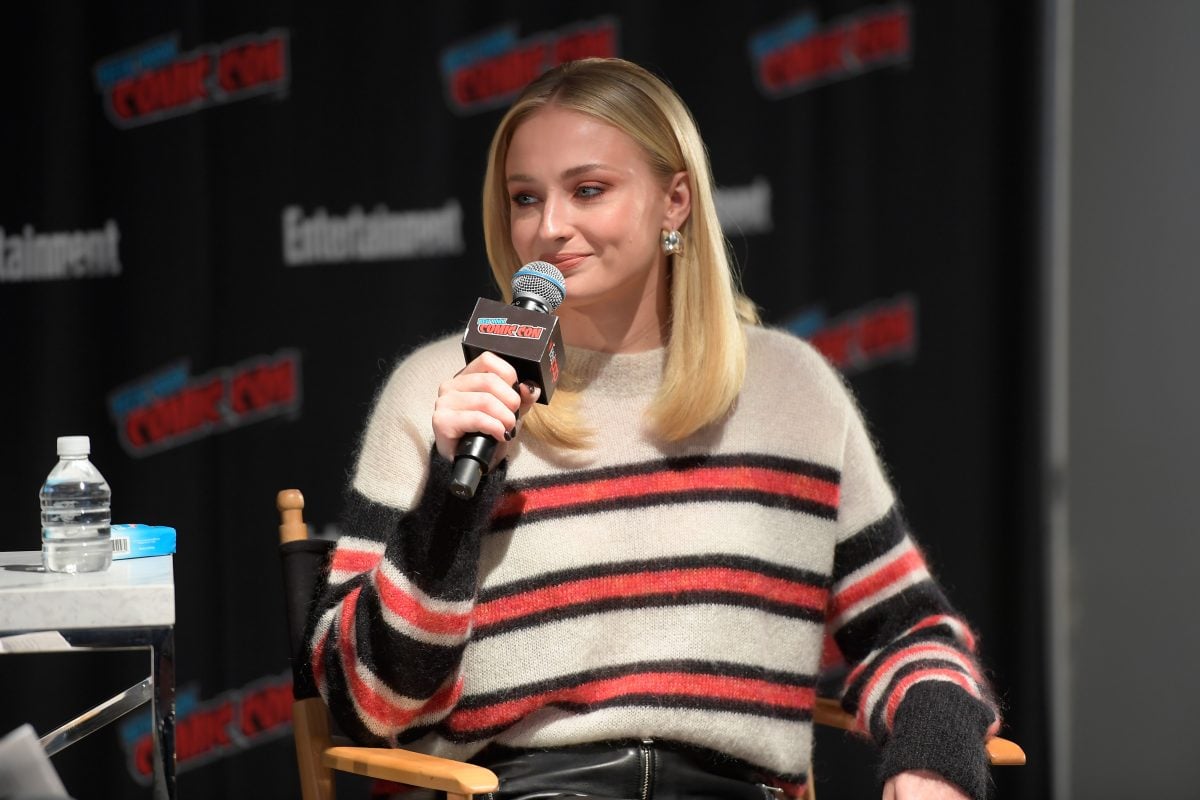 Growing up in the public eye cannot be easy. But one thing that’s important, especially for young fans of actors, is the open nature with which some are talking about their mental health.

Sophie Turner, who started on Game of Thrones at the age of 15, has been a part of the cultural spotlight for the last 8 years. Now, at the age of 23, Turner is opening up about her struggle with depression and what the comments from fans and trolls on her social media posts did to her mindset.

“People used to write ‘Sansa gained ten pounds’ or ‘Sansa needs to lose ten pounds,’” Turner said, noting that she had trouble performing in character because she was so fixated on the criticism. “I would say I am spotty, I am fat, I am a bad actress, and I believed it.”

In ab interview with Dr. Phil, Turner began by talking about how mental health issues have affected her immediate family as well as herself and how some days, she struggles to just get out of bed.

What I found interesting about this is that Sophie Turner is one of those actors who always has an air of confidence about her and I’d personally never expect this kind of story from her, which is part of the problem. We easily discount so many actors because they’re beautiful people in the spotlight and we don’t remember that they’re people just like the rest of us. They’re people well-trained to hide who they are; that’s part of the job. But it doesn’t mean they aren’t feeling exactly the same way we do.

This also reminds me of the Guardian article published recently about Turner’s former costar Richard Madden. The journalist writing was unsympathetic to Madden’s complaints about being expected to maintain an unrealistic body image. “Guess what guys – my sympathy is limited, because actors moaning about having to maintain their image is a bit like me moaning that I have to write sentences,” they wrote. I hated it while reading it because the author diminished an actor’s work to essentially being eye candy for us all and that’s it. As someone who studied acting for the last 15 years, that’s very far from the truth, and it hurts to think this is a widespread perception.

While Turner opening up is more about her own struggle with depression, it is in the same vein because of how we, as the public, react to them. Maybe it is because I understand Turner’s comments about social media and that one negative comment eating away at her, but there is something very humbling about the situation. Not for the celebrities, but for us.

We make comments and throw jokes around about them around like the celebrities in question won’t see them and have a reaction to them. The internet is a big place, but that doesn’t mean what we’re saying about an actor doesn’t get to them. And calling Sophie Turner names by any stretch of the imagination is mean and in bad faith, because let’s be honest: It was probably people who don’t like Sansa Stark. Like many actors before her, Sophie bore the brunt of people’s issues with a character completely out of her control.

Just think about what you’re saying online or to somebody. Words hurt, even when you’re a celebrity, and this open discussion about unobtainable body images and mental health is important.