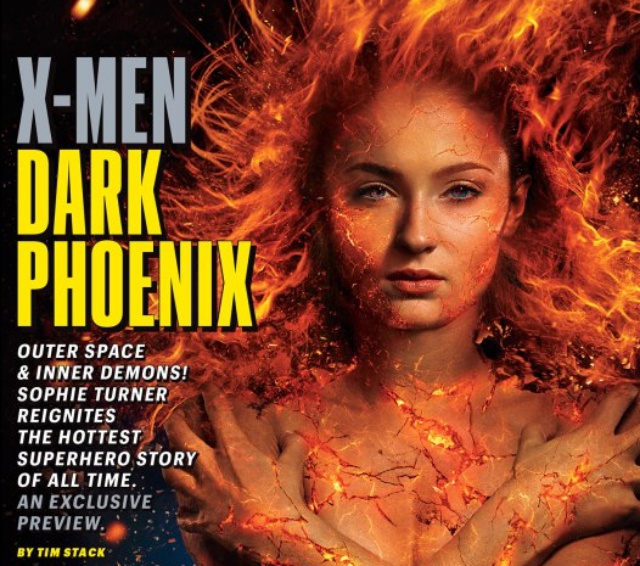 We already got plenty of details about X-Men: Dark Phoenix earlier this month, when stars Sophie Turner (Jean Grey) and James McAvoy (Professor X) and director Simon Kinberg spoke to Entertainment Weekly about their vision for the film. McAvoy had described it as “the most emotional X-Men we’ve done,” and now Turner seems to echo this sentiment in a recent interview with Empire, describing the film as a “dark, gritty drama.”

“We are revolutionizing it,” she said. “We wanted to create a whole new genre of superhero movie.”

Turner also had kind words for Kinberg, who’s been involved with the franchise for years. He previously wrote the screenplay for X-Men: The Last Stand and serves as an executive producer for the Legion TV series. “Simon [Kinberg] has been the brain behind X-Men for years,” she said, “and it’s really exciting to have what feels like one of our own rise up and take hold of the franchise, and direct it in the way that he sees it. I have to say he’s one of the best director I’ve ever worked with. He’s so passionate and collaborative.”

I’ll admit that I had mostly written this one off after seeing X-Men: Apocalypse, but I’m getting more and more intrigued as I read these interviews. Fox did some genuinely fascinating and groundbreaking stuff with Logan, and while I suspect this will still feel more like the mainline X-Men films, it could turn out psychologically really interesting.

After all, Turner previously said that she spent time researching multiple personality disorder and schizophrenia in order to prepare for the role, so it seems like they’re going to lean into Jean’s duality. “So many scenes I have to go from broken-down Jean—that’s when she’s most susceptible to Phoenix infiltrating her—to this confident, arrogant, judgmental character within milliseconds,” she said.

I’m still holding out before I get optimistic about this one, but my curiosity has definitely been piqued.