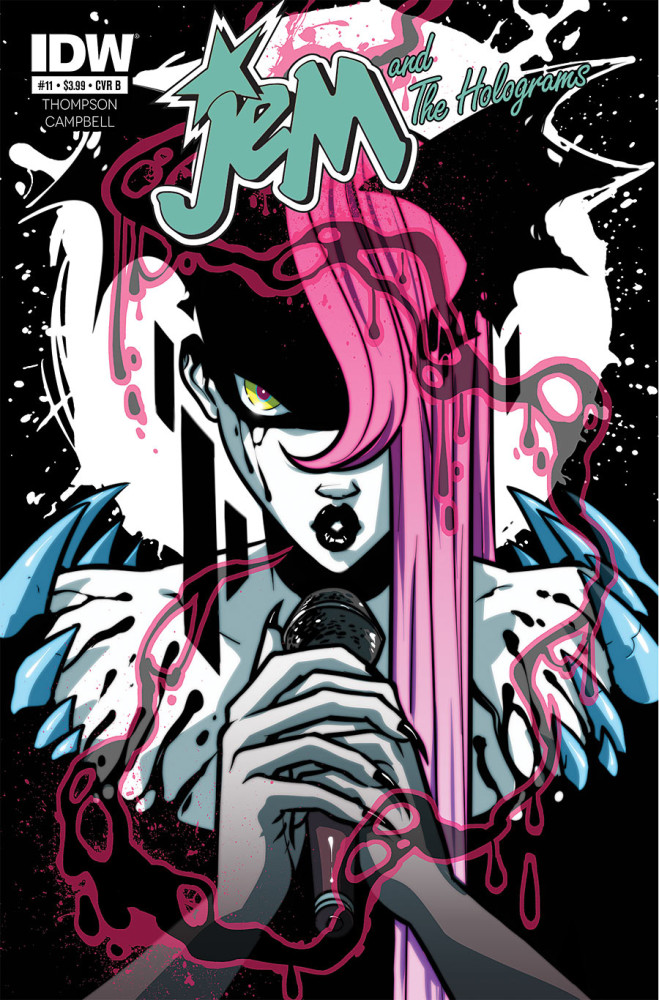 IDW’s Jem and the Holograms continues to be one of the most downright fun comics out there right now, but artist Sophie Campbell and writer Kelly Thompson manage to balance sincere, positive representation of important issues with all that fun (it’s almost as if the two things aren’t mutually exclusive!).

The new Dark Jem arc features some suitably outrageous goth shenanigans, as well as a character coming out as trans, and a depiction of depression that I really appreciated. Over email, we talked to Sophie Campbell about how she came up with the idea for Dark Jem, what her collaborative process with Kelly is like, and what Jem‘s representation means to her.

The Mary Sue: I’m really enjoying Dark Jem! I read that this arc was inspired by an idea you had years before you and Kelly started working on Jem together. Could you speak to that at all?

Sophie Campbell: Thanks! There isn’t much to tell. Years ago my friend Jessi and I were talking about ideas for a Jem comic and what it could be, and our ideas got more and more out there as we went along, and one of them was Dark Jem. There wasn’t much to it beyond that, it was just “Dark Jem” sounding cool and the idea that the Holograms would turn goth was awesome, but we didn’t have much of a story for it. We were going through weird ideas so fast that we quickly moved on to something else, we didn’t flesh any of them out. But that one stuck with me and I thought it would be really fun so I suggested the idea to Kelly and she helped filled in the rest.

TMS: I’m really interested in what it’s like to create music-focused stories in a silent medium like comics. Is there any music that you listen to for inspiration while working on Jem? If so, did that change at all for Dark Jem?

Campbell: Not really, actually! I listen to music sometimes while I work but it’s nothing out of the ordinary that I put on specifically for Jem, and most of the time while I’m watching movies or listening to podcasts. I listen to mostly pop and goth stuff to begin with so my music tastes already fit pretty well with Dark Jem. I’d say the comic has aligned more with the music I listen to rather than me listening to music to fit the comic.

TMS: What is your and Kelly’s collaborative process like?

Campbell: We’re super collaborative in the early stages of a story, we bounce ideas back and forth and we fight sometimes, but then when it comes to the script and artwork we work more on our own, for the most part. Like after we’ve come up with basic ideas, Kelly will go off on her own and write the script, then once it’s finalized I’ll go off on my own and do the artwork, and then we reconvene at the end. Sometimes we work things out during each process, like Kelly will consult me on the script or I’ll consult her on the art to get her opinion or suggestions, but usually I tend to hole up by myself when I’m drawing an issue. It’s pretty smooth-sailing, even when we bicker, haha.

TMS: What does it feel like to be returning to the Jem world after taking a break from the series?

Campbell: I actually didn’t take much of a break! There were 4 issues in between my story arcs but I only took about a month off before I went back to work doing covers and character sketches, and trying to get a headstart on Dark Jem. So for me it feels like I never left.

TMS: One of the things I love so much about this arc (and Jem in general) is the way you and Kelly balance high camp and really grounded, sincere drama. Was that a tonal balance you two had to work towards, or did it come naturally?

Campbell: I think it came about really naturally and organically. Both Kelly and I have lower-key down-to-earth sensibilities, but Jem demands a certain over-the-topness so I feel like our style has met the cartoon’s zaniness halfway, and we’ve settled into somewhere in the middle. Sometimes I try to get Kelly to put weirder, sillier, stupider things in the comic, which usually ends up with Kelly convincing me it would be a bad idea, haha. She’s usually right, except for my hologram cat sidekick idea.

TMS: The Jem cartoon was pretty progressive in its own right, but the comic has done so much for LGBTQ+ representation and body diversity as well. What has the fan response to that increased representation been like?

Campbell: It’s been awesome! I couldn’t be happier. At first there were some Jem fans who hated it and who said a lot of negative things, but those voices seem to have faded or retreated back to where they came from. Everyone else has been super supportive and excited about it, both fans and critics.

TMS: I loved Blaze’s coming out scene, and the way Pizzazz’s depression is depicted. What do you hope readers will take away from seeing sometimes taboo issues normalized in a series like this?

Campbell: Obviously Blaze and her experiences won’t speak to every single transgender reader, but I hope it will give at least a few readers something to relate to or identify with. I know how powerful fictional representation can be, whatever sort of character or situation it is. 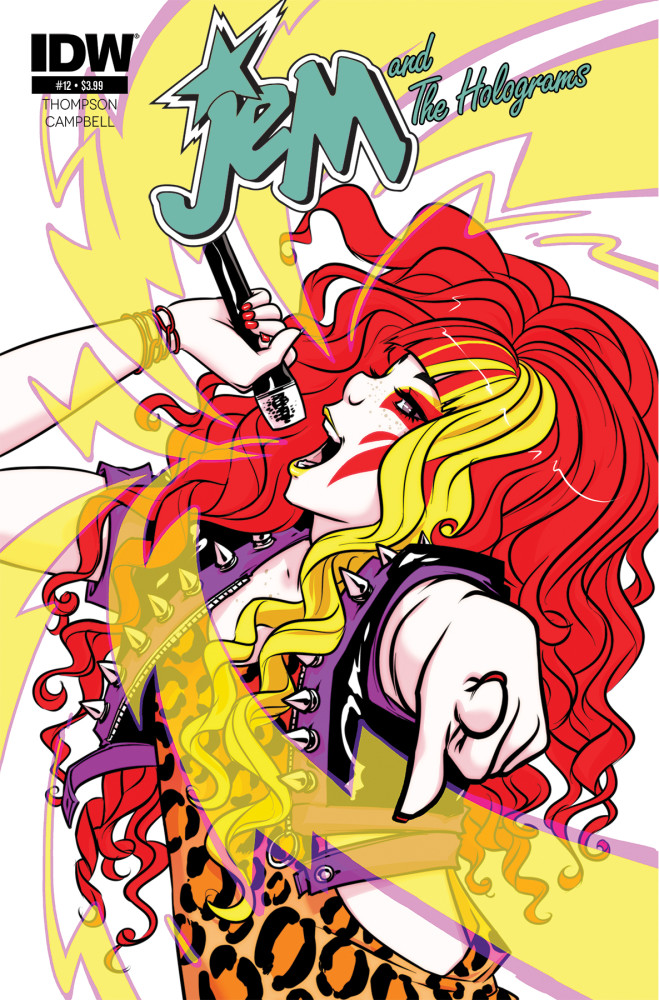